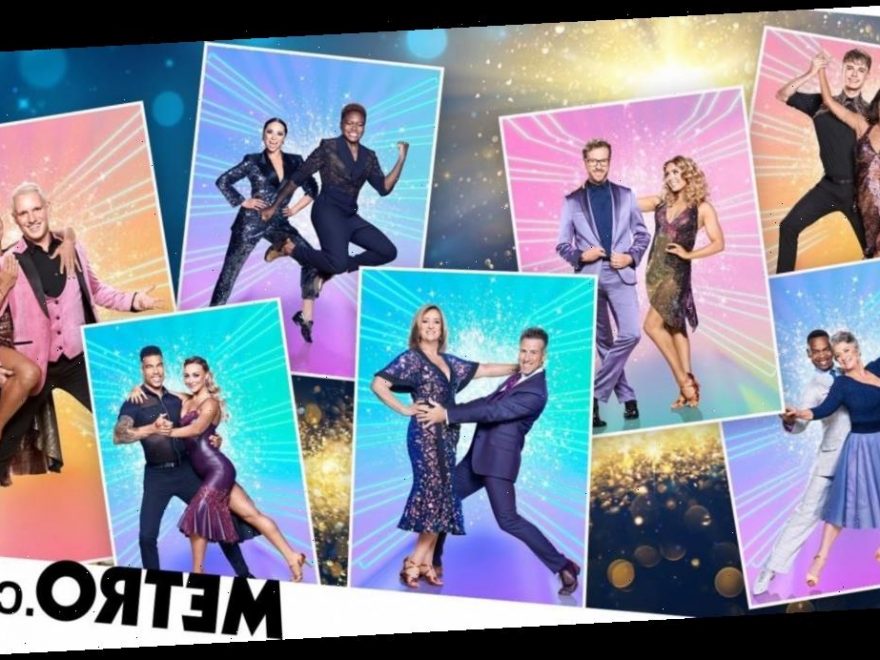 Strictly Come Dancing has finally revealed the celebrity and professional pairings for the 2020 series.

In the launch show, which aired on Saturday, the annual Strictly pairing ritual took place and we got to see a stunning performance by MNEK.

The previous winner Kelvin Fletcher also took to the dancefloor with Oti Mabuse where they performed a socially-distanced dance.

The judges were also back looking as glam as ever, with Shirley Ballas, Motsi Mabuse and Craig Revel Horwood sitting apart in their own personal purple booths.

Tess and Claudia revealed the pairings throughout the night and the first three to be revealed were Clara Amfo and Aljaž Skorjanec, Ranvir Singh and Giovanni Pernice, along with Caroline Quentin and Johannes Radebe.

HRVY is partnered with Janette Manrara, while Jason Bell is paired with Luba Mushtuk and Jamie Laing with Karen Hauer.

Next up was boxer Nicola Adams, who has made show history by being paired with Katya Jones, Jacqui Smith is paired with Anton Du Beke and EastEnders star Maisie Smith with Gorka Marquez.

Speaking about making show history and being partnered with Katya, Nicola explained: ‘I want people to see my personality and my fun side.

‘I want to set fire to the dance floor and bust some moves.’

‘It’s never been done before on Strictly, so we are free to do what we want,’ Katya added.

Who are the Strictly 2020 pairings?

HRVY is paired with Janette Manrara

There were fears that the series wouldn’t go ahead this year after the show missed its usual September start date due to the coronavirus pandemic.

But, the Glitterball trophy is still up for grabs – even if it is running for only nine weeks this year instead of the typical 13.

The change of dates mean that Strictly staples Halloween week and Blackpool week have been ditched.

The live shows will kick off on Saturday, October 24 and continue until December 19 – the weekend before Christmas.

Strictly Come Dancing airs on Saturday at 7.25pm on BBC One.