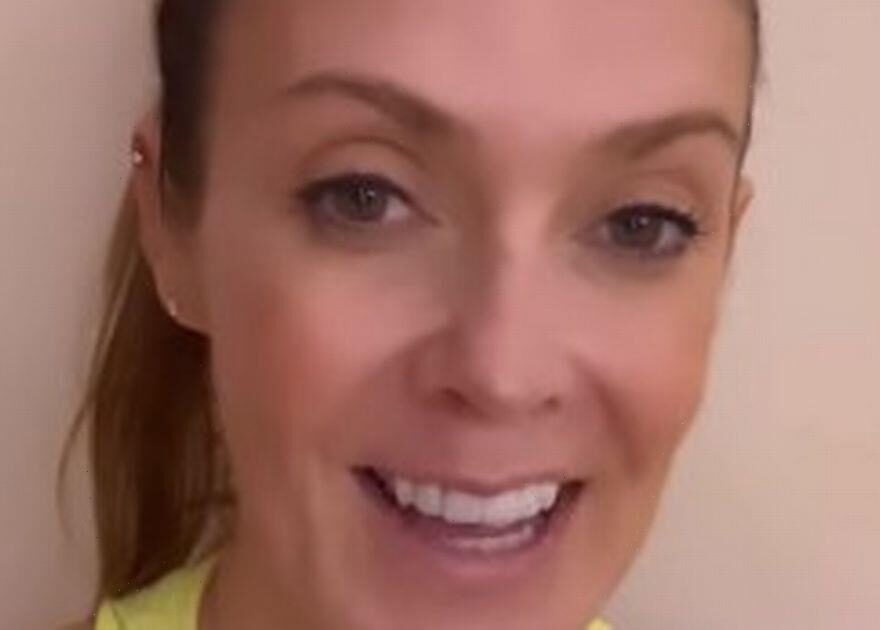 Kym Marsh is gearing up for Halloween week on Strictly Come Dancing, and has updated her fans while donning a neon sports bra.

Looking fresh-faced in the video clip uploaded on Thursday morning (October 27), Kym gave her fans an update while thanking them for getting her and Graziano Di Prima through to the spookiest week in the competition.

She explained how she and her processional dancer partner and "delighted" to be performing a spooky routine on Saturday night, adding that they will be dancing the rumba.

Kym went on to reveal that when she first met Graziano he told her that she would love the rumba, confirming that she indeed does and is excited to perform it this weekend.

In the caption to the fresh-faced video, former Coronation Street star Kym penned: "Just popping in to say hi again and give you a little midweek update.

"Thank you so much once again, from the bottom of our hearts, for all of your support over the last few weeks.

"It truly means the world to us. Hope you enjoy our dance this weekend. IT’S HALLOWEEN WEEK BABY!!!"

In the short video the stunning former soap star donned layered neon sports bras, a fresh face without an ounce of makeup, and her brunette locks tied atop her head.

Fans flocked to the comments section to praise the Hear'Say singer, with many offering their support as she approaches the upcoming live show this weekend.

"Have positive vibes for you Kim. You will totally smash it. You are such an elegant dancer. Keep smiling," said one fan in the comments section.

Another then added: "You are an inspiration and I love seeing you get better and better each week."

While a third said: "Killin it Marshy! That glitter ball is yours."

Kym, who got married to Scott Ratcliff last year, is partnered with Graziano in this year's competition.

The Italian dancer seems to have a sweet bond with Kym and her family because the former soap star often posts snaps of her dance partner with her loved ones.

Last week Kym and Graziano were up against Matt Goss in the dance off, which saw Matt and his partner Nadiya Bychkova booted off the show.

Strictly Come Dancing will continue on Saturday on BBC One and iPlayer.