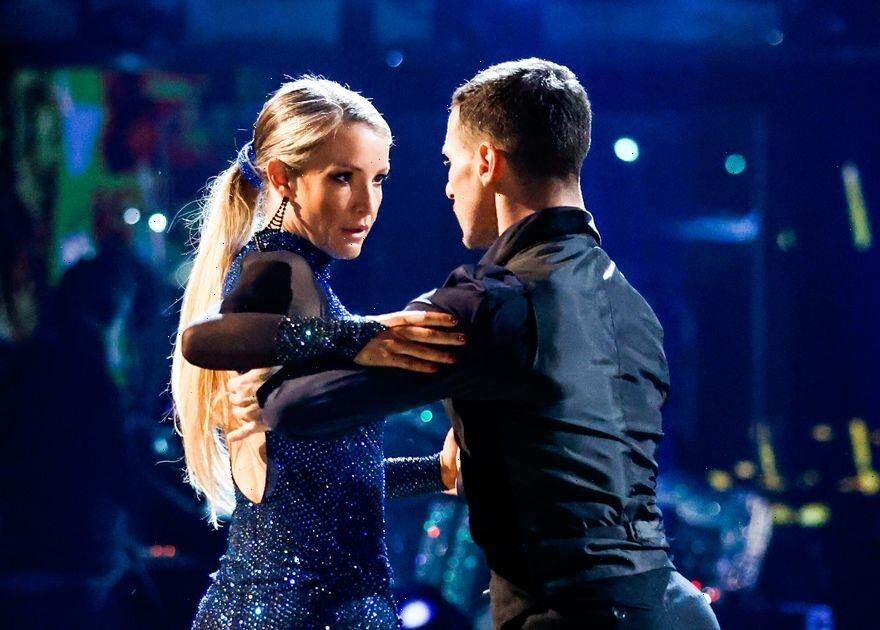 Strictly's Gorka Marquez had two words for his dance partner Helen Skelton after a dazzling semi-final that saw her suffer a wardrobe malfunction – "so proud".

The pair have been wowing fans of the BBC ballroom contest – and judges Motsi Mabuse, Anton Du Beke, Craig Revel Horwood and Shirley Ballas – throughout the current series.

But disaster almost struck during the weekend's semi-final when Helen's dress tore.

She and Gorka were performing an Argentine tango when the TV star got her heel tangled up in her dress.

However, she refused to let it ruffle her and seamlessly carried on with the routine.

She covered it so well that lots of viewers didn't seem to notice the gaffe, until host Tess Daly mentioned it in their post-dance chat.

"Is your dress ok?" she asked. "I know it got caught a little bit in your heel!"

Gorka later commented on Instagram under a clip of their dance, telling the Countryfile star that he was "so proud" of her for what she'd achieved.

He also shared his thoughts on the duo making it all the way to the last round of the competition as he thanked fans for their support.

Sharing a sweet snap of him and Helen on the dancefloor, the dancer wrote: "The only thing I can say is THANK YOU for getting us to the final, for your constant messages and support and for making this adventure what it is."

"One more week… let's make it the best one yet and hopefully we can make you all proud," he added.

Helen and Gorka will be up against Fleur East and Vito Coppola, Hamza Yassin and Jowita Przystal and Molly Rainford and Carlos Gu in the final.