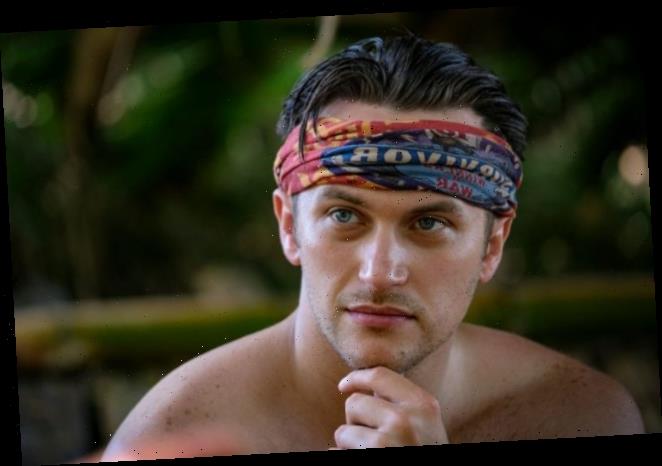 Last week in Survivor 40: Winners at War, the Sele tribe blindsided Ethan Zohn to the Edge of Extinction. This week, another fan-favorite joined the Edge, and many viewers are not happy about it. They’re even more annoyed with David vs. Goliath winner Nick Wilson as he’s taking credit for the blindside on social media.

Nick Wilson and his tribe voted out Tyson Apostol

In the most recent episode, 29-year-old David vs. Goliath winner Nick Wilson messed up during an immunity challenge on a puzzle he previously won in his season.

The severe blunder squandered the tremendous lead his tribe had, sending Dakal to Tribal Council. Due to his mistake and perceived laziness around camp, Tyson Apostol almost immediately began campaigning for Nick to leave.

Even though everyone agreed to Tyson’s face, Yul Kwon, an ally of Nick, exposed the plan and suggested they flip on the Blood vs. Water champ. Opposed to the Tyson elimination, Tony Vlachos ran to his ally Sarah Lacina and explained they would become targets if they got rid of the stay-at-home dad.

Nonetheless, they complied and sent Tyson to the Edge of Extinction, who bequeathed his token to Nick. Everyone except Tyson and Nick voted for the Blood vs. Water champ because Tyson wrote Nick’s name down, and the Kentucky-native went rogue and voted for Kim Spradlin-Wolfe.

The David vs. Goliath champ went for Kim because if Tyson played an idol, then he would go to the Edge. By writing Kim’s name down, it would at least force a tie, allowing Nick to save himself on the re-vote.

Nick Wilson bragged about it on social media

After the episode aired, Nick uploaded a photo of him selecting a buff at the marooning in a line next to Tony and Tyson, another of him giving something to Tyson at their shelter, followed by one of Jeff Probst “snuffing” the Blood vs. Water winner’s torch, and the last one showed Nick smiling and clapping on the island.

You should never meet your heroes, they’re sure to disappoint. Unless I’m your hero… because I’m the GIANT SLAYER, baby!!! ⁣ ⁣ Thanks for the token, though ? Classy⁣ ⁣ #Survivor #Survivor40 #giantslayer

He captioned it, “You should never meet your heroes, they’re sure to disappoint. Unless I’m your hero… because I’m the Giant Slayer baby!” He concluded by thanking Tyson for the fire token and called the move “classy.”

A few followers called the Kentucky-native out for “rubbing it in,” and Nick promised it was “all in good fun” because the Blood vs. Water champ is still his “idol.” Others think he shouldn’t take credit for the exit because he voted for Kim.

Technically, Yul led the charge because he already planted the seed in Sandra Diaz-Twine’s ear that Tyson targeted her. Sandra, the swing vote, chose to vote against Tyson mainly because of what the Cook Islands winner told her.

Additionally, Yul told Nick about Tyson’s plan. Therefore, they believe Sandra and Yul should receive the credit, not Nick. Many fans were also upset with the Kentucky-native for personal reasons as they either chose the stay-at-home dad as their winner pick or enjoy his hilarious confessionals.

Will Tyson win his way back into the game? Watch Survivor 40: Winners at War Wednesdays at 8 p.m. EST on CBS to find out.