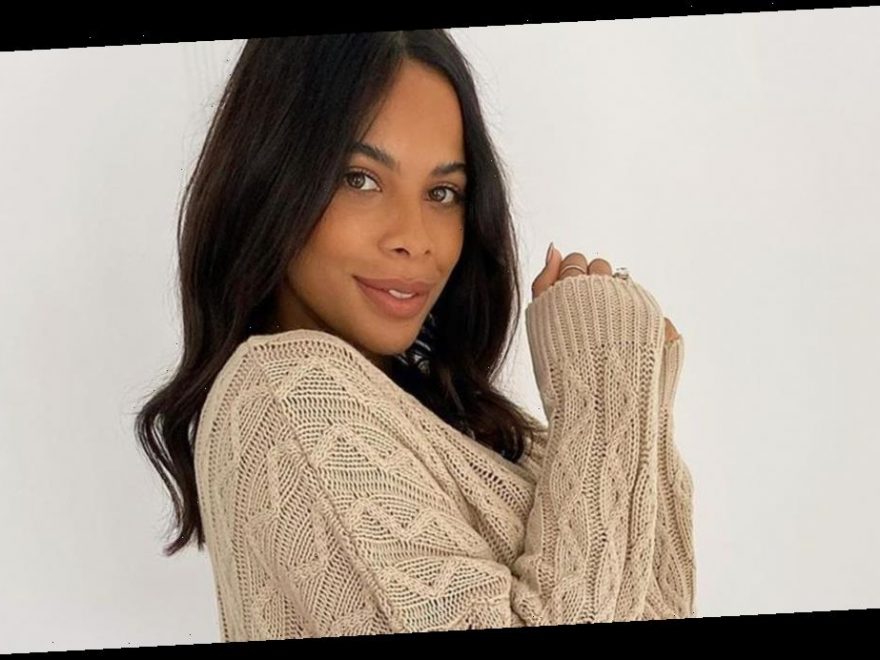 Rochelle Humes has announced the birth of her third child with husband Marvin Humes revealing his adorable name.

The happy couple welcomed their first son on Friday 9 October, and named him Blake Hampton Humes.

Blake Hampton has a touching meaning, and joins his older sisters Valentina and Alaia-Mai, who recently shared their excitement for the arrival of their baby brother by singing to Rochelle's bump.

Get exclusive celebrity stories and fabulous photoshoots straight to your inbox with OK'sdaily newsletter . You can sign up at the top of the page.

This Morning hosts Holly Willoughby and Phillip Schofield shared the happy news on Monday's show, along with a subtle tribute to their fellow co-host.

The TV presenting duo both donned blue outfits as they revealed that Rochelle was doing well after giving birth in the morning of Friday.

Rochelle and Marvin both took to their Instagram pages to confirm their news and gush over their baby boy: "Blake Hampton Humes. On Friday morning at 8.44am our boy arrived to flip the switch on 2020."

Rochelle added: "I didn’t think I’d ever fall in love with another man but this guy has stolen my whole heart and we’ve been in a love bubble ever since…"

The parents to three chose their son's first name Blake, which is a common unisex name both for boys and girls.

There are conflicting meanings behind the name, which first originated in old English as a surname before it was adopted as a first name.

It is thought to originate from the word black, but according to etymology Blake can can equally mean dark-complexioned as it could mean pale, perhaps derived from the idea of fire which "burns bright".

The couple picked out Hampton for their son's middle name, which is of Old English origin, and literally means "home settlement".

The pair, who married in 2012, are already parents to daughters Alaia, seven, and Valentina, three.

Valentina and Blake's older sister, Alaia-Mai, which means "sublime" as well as "joyful and happy".