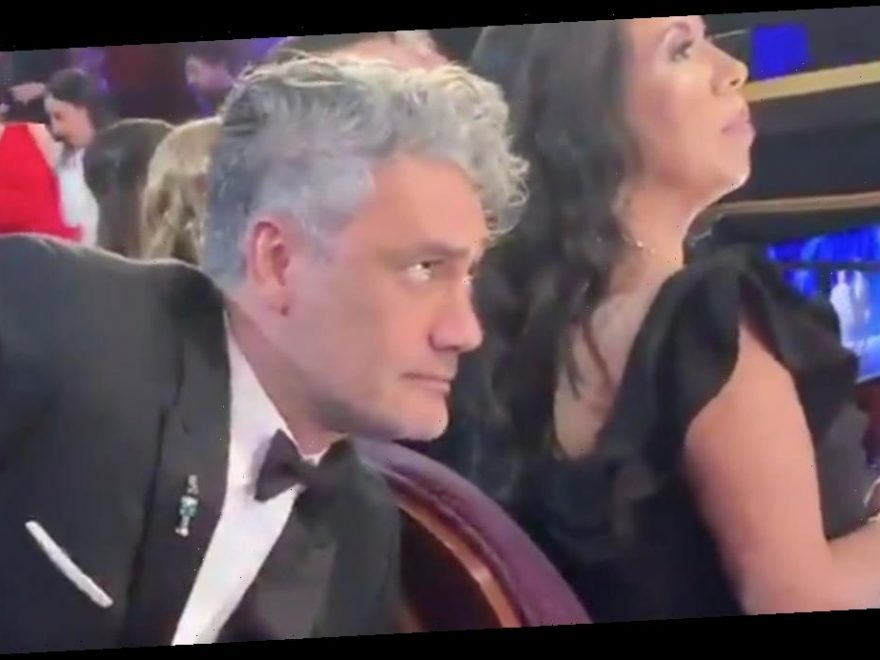 After accepting their gold statue, making a speech and thanking their co-stars profusely, have you ever wondered what Oscar winners do once they've left the stage?

Well, Brie Larson just gave us a hilarious look at what director Taika Waititi did after nabbing the trophy for Best Adapted Screenplay.

The 44-year-old star from New Zealand won for his World War II comedy, Jojo Rabbit, and gave a moving speech dedicated to "all the indigenous kids in the world".

But when he returned to his seat, the Captain Marvel actress couldn't resist turning her camera on when she caught him doing something unexpected with his prestigious award.

Larson, 30, shared a video on Twitter of Waititi leaning down and stashing his Academy Award underneath the seat in front of him.

He notices her filming him and pulls a face, before turning his attention back to the stage.

Many people on social media were left baffled by Waititi's behaviour, while others thought it was hilarious. "He only did this because the seats don't have cup holders," proclaimed one person.

Another thought it was "ICONIC".

"I always wondered why we don't see people in the audience just chilling with their awards, lol," wrote someone else.

"This man winning then stashing an Oscar gives me hope for humanity," tweeted a different user.

As well as Waititi, other big winners on the night included Bong Joon-ho, who took home the coveted Best Picture award for Parasite.

This was the first film not in the English language to win the award.