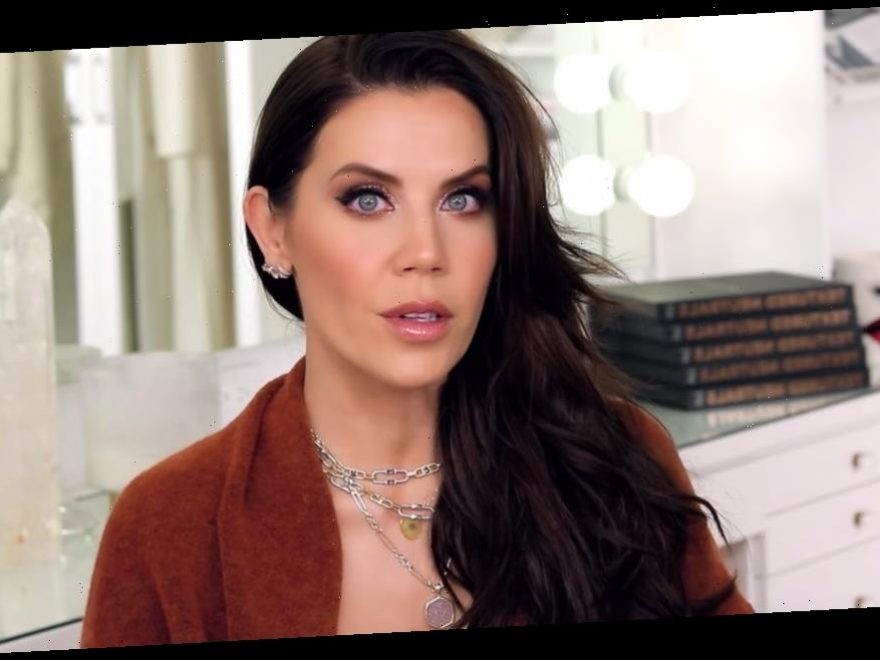 Tati Westbrook has addressed questions and concerns surrounding the Blendiful, a set of $18 makeup puffs created by her brand Tati Beauty.

The YouTuber uploaded a video on Monday titled "BLENDIFUL DRAMA … Recall, Gossip & Tutorial," in which she explained why she didn't create a dedicated tutorial for the product when it launched. She also addressed reports of the products ripping in the wash, and said that only a few Blendifuls out 100,000 sold were damaged.

The YouTuber later called out journalists and YouTube drama channels for reporting on the damaged products, and shared an in-depth tutorial of the Blendiful.

According to Westbrook, she wanted to give other YouTubers time to create their own reviews of the Blendiful before sharing her own tutorial, and said she also experienced an endometriosis flare-up that delayed her video.

"In my mind, I genuinely thought that I would launch the Blendiful, explain it, have the website, have the feedback, and I could sit back down and do this video right here, probably not with this intro," she continued. "But I also thought I would always be accompanying that with an IG story, a Snap story, little videos here and there, and that was the intention."

"I wanna also tell you guys, this isn't a cash grab," Westbrook says of the Blendiful and her beauty brand. "I haven't made a dime from Tati Beauty."

The video then shows a clip of YouTuber The Viewers Voice calling Tati Beauty a "cash grab," as well as screenshots of tweets from people who questioned the authenticity of her brand.

"The company has to date earned $15 million in sales, we have paid taxes, and then poured everything back into creating and researching and developing new product and ordering materials and I am building this to be a dream brand for you guys and for myself," she said.

According to Westbrook, only a few Blendifuls out of 100,000 sold were damaged, often by customers

In her new YouTube video, Westbrook listed some of the complaints she and her brand received in response to the Blendiful product.

"This can be shipping issue, this could be 'I put my hairdryer too close to the Blendiful,' 'I got curious about the seam, I ripped it open. What do I do?' 'I threw it in the washer without a bag, it's all lumpy,' or someone having a legitimate tear."

"Maybe they used it while it was still wet, maybe they were too aggressive while washing it, so many different things can happen," she continued. "And this just happens, you guys. Consumer goods do break. There are times where you do need to replace and assist, and I very much am that company that wants to help and wants to assist and wants the customer to have the best experience ever."

Still, Westbrook says that out of 100,000 Blendifuls sold, "less than 1% have been affected and have needed customer assistance."

Before sharing a Blendiful tutorial, Westbrook called out journalists and YouTube drama channels for reporting on the damaged products

Before launching the Blendiful, Tati Beauty released an eye-shadow palette called Textured Neutrals. Westbrook referenced the palette in her new video, saying she found news articles about damaged Blendifuls to be suspicious, as her brand previously replaced double the amount of eye-shadow palettes that it did Blendifuls. Still, according to Westbrook, almost no articles or videos were published about broken palettes.

"It's very upsetting to have articles written on it," Westbrook said of the Blendiful. "It damages my brand. It scares future customers away, like potential customers that were watching the Blendiful and going 'Wow that looks so great,' and then they see that there is this overwhelming story that every Blendiful is faulty and it's falling apart and they're like, 'You know, maybe not.'"

"This is just makeup, but news outlets, professional news outlets, journalists, these dot coms that we go to for information, that we feel comfortable is correct, we're leaning on you to do your job, and to do that fact-checking," she continued.

"And I think it's irresponsible when you illustrate a narrative of a product that might need to be recalled and create hysteria and fear and 'Oh my god I bought one too and maybe mine's gonna break. Oh my god, what do I do?" she said. "And it creates this feeling and this anxiety and we're doing this off of what? Five, eight photos? That's it? Out of 100,000?"

Westbrook said that no journalist or YouTube drama channel reached out to her regarding stories and videos about her brand, and encouraged them to do so in the future over direct messages on social media. However, Insider has previously reached out to representatives for both Westbrook and her brand over email in its reporting.

"I will happily be transparent and share with you because I do have the data," Westbrook said. "Out of 100,000, if you are showing that the majority, your eight photos, five photos, whatever, tells the complete story, I'm here to correct you and say it doesn't and that you need to do better fact-checking, that's your job. Step up to the plate and do better because if you are someone that is writing articles and sharing stories, whether it be makeup or world events, it matters."

Insider reached out to Westbrook via email and social media, as well as representatives for Tati Beauty, for comment, but did not immediately receive a response.

Westbrook released the $18 set of makeup puffs in early January, and has since received mainly positive feedback from customers. Even YouTubers like Manny MUA and Laura Lee have praised the products online. On Twitter, however, numerous customers have said the puffs are being torn apart while washed in machines and by hand.

One customer named Caitlyn Rhodes previously told Insider that she purchased the Blendiful puffs as a long-time fan of Westbrook. After washing the puff three times by hand in the sink, Rhodes said it became stained, "lost its original texture," and ripped "on two different sides at the seams." She said she was left feeling "devastated and a little ripped off" by the damaged puff.

A few days after speaking with the brand and Westbrook herself, however, Rhodes said she received a customer-service email saying that she'd been sent a new Blendiful from Tati Beauty, free of charge.