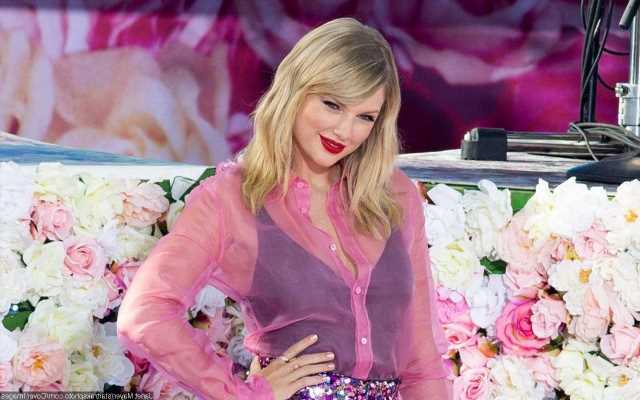 Stealing the No. 1 spot on the chart is ‘Anti-Hero’, which arrived along with its chaotic music video. Trailing behind are “Lavender Haze”, “Maroon”, “Snow on the Beach” featuring Lana Del Rey.

AceShowbiz –Taylor Swift has broken another record with her latest album “Midnight”. Having claimed the entire Top 10 on the Billboard Hot 100 chart, the Grammy-winning singer expressed her sock on social media.

On Monday, October 31, Billboard’s official Twitter account announced, “[email protected] scores one of the most historic weeks in @billboardcharts history, as she becomes the first artist to claim the #Hot100’s entire top 10 in a single week.” In response, she gushed, “10 out of 10 of the Hot 100??? On my 10th album??? I AM IN SHAMBLES.”

Stealing the No. 1 spot on the chart is “Anti-Hero,” which arrived along with its chaotic music video. Trailing behind are “Lavender Haze”, “Maroon”, “Snow on the Beach” featuring Lana Del Rey, “Midnight Rain,” “Bejeweled”, “Question…?”, “You’re on Your Own, Kid”, “Karma” as well as “Vigilante S**t”.

Taylor dropped “Midnights” on October 21. The project itself debuted atop Billboard 200 albums chart after launching with 1.578 million equivalent album units in the U.S. in the week ending October 27, according to Luminate.

Speaking of the album Taylor wrote on Instagram, “Midnights is a wild ride of an album and I couldn’t be happier that my co pilot on this adventure was @jackantonoff. He’s my friend for life (presumptuous I know but I stand by it) and we’ve been making music together for nearly a decade.”

“HOWEVER… this is our first album we’ve done with just the two of us as main collaborators. We’d been toying with ideas and had written a few things we loved, but Midnights actually really coalesced and flowed out of us when our partners (both actors) did a film together in Panama,” she added. “Jack and I found ourselves back in New York, alone, recording every night, staying up late and exploring old memories and midnights past.”