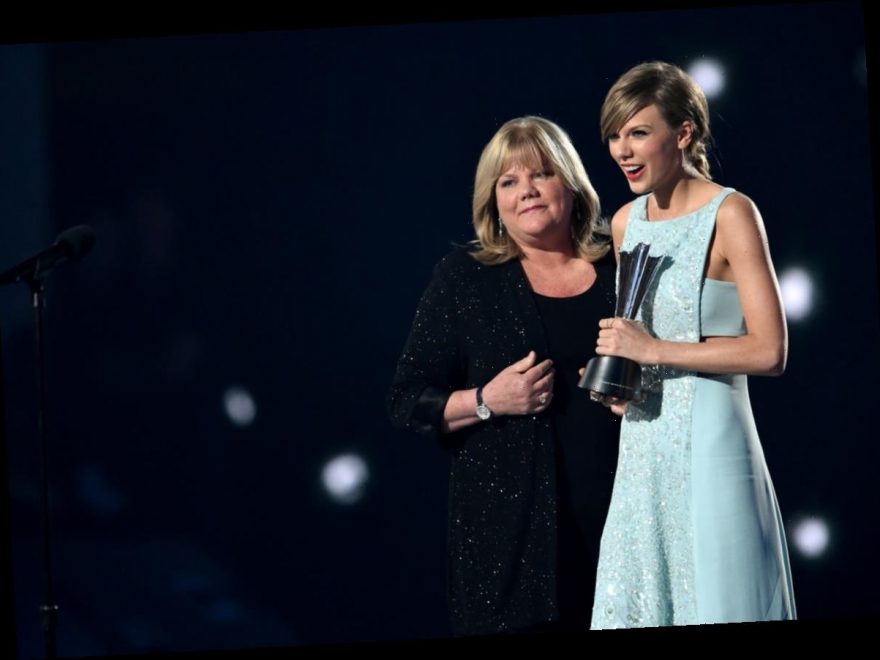 It seems that Andrea Swift’s health battles are still far from over. During a recent interview with Variety, Taylor Swift revealed her mom has been diagnosed with a brain tumor, which was discovered by doctors while she was undergoing chemotherapy for breast cancer. Andrea’s cancer was first made public back in 2015 and returned for a second time while filming for Taylor’s upcoming Netflix documentary Miss Americana was already underway. It was shortly thereafter that the Swift family learned about the brain tumor.

“She was going through chemo, and that’s a hard enough thing for a person to go through,” Taylor told Variety. “While she was going through treatment, they found a brain tumor." The singer continued, adding that this new diagnosis has been especially difficult for her family because "the symptoms of what a person goes through when they have a brain tumor is nothing like what we’ve ever been through with her cancer before.”

The news hit Taylor hard on both a personal and professional level, given how close she is to her mom, who has also served as a manager-type figure throughout her music career. “Everyone loves their mom; everyone’s got an important mom,” Taylor explained to the outlet. “But for me, she’s really the guiding force. Almost every decision I make, I talk to her about it first. So obviously it was a really big deal to ever speak about her illness.”

Andrea’s diagnosis is also one of the main reasons why Taylor’s upcoming Lover tour is significantly shorter than some of her other touring schedules. The singer is only making four stops in the United States before joining various festivals in Europe this summer, which according to Taylor, allows her to spend that extra time at home. “I mean, we don’t know what is going to happen," she explained. "We don’t know what treatment we’re going to choose. It just was the decision to make at the time, for right now, for what’s going on.”

Being the true Swifties they are, many of Taylor’s fans have taken to Twitter to show their support of her decision in the wake of her interview. They’ve also sent her family well wishes in the hopes that her mom has a speedy recovery.

Some fans also made a point of reminding fellow fans on Twitter that no one has the right to complain about Taylor’s shorter tour, given the reason behind the decision.

Family is obviously Taylor’s top priority right now and we can only hope that as the months progress, Andrea will be well on her way to beating this diagnosis with her loving daughter by her side. As Swift wrote on her album, Lover, hopefully, "Soon You’ll Get Better."