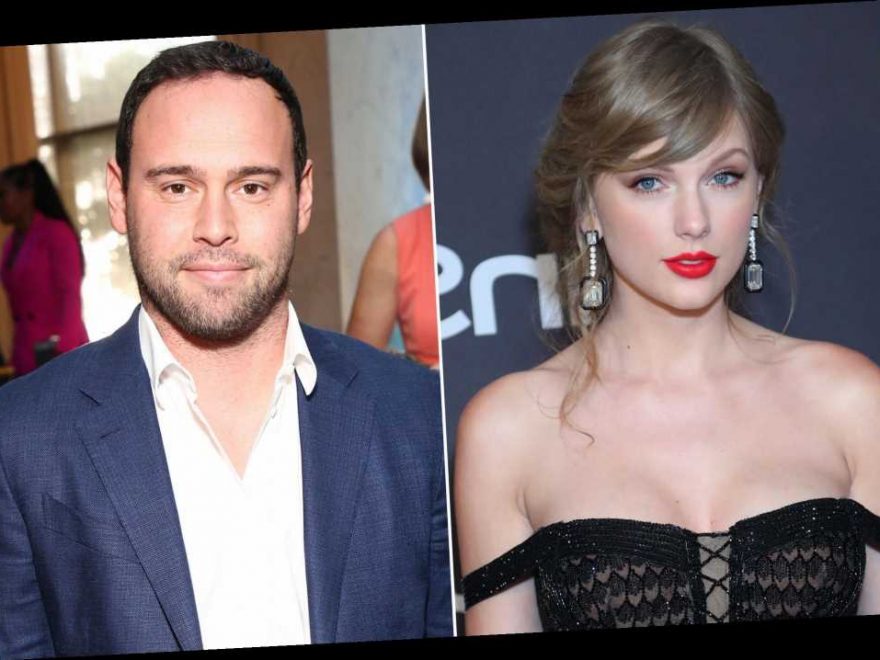 Taylor Swift's masters have exchanged hands yet again — and the Grammy winner is speaking out about the most recent sale.

Shortly after the news broke, Swift, 30, shared a statement on Twitter explaining that she had attempted over the past year to "enter into negotiations" with Braun to buy her work back, but would have been required to sign an "ironclad NDA" stating she would only speak positively about the entrepreneur before being allowed to look at Big Machine's financial records.

"So, I would have had to sign a document that would silence me forever before I could even have a chance to bid on my own work," Swift said — something she added her legal team said was "absolutely NOT normal."

The "Cardigan" singer said that Braun "would never even quote my team a price. These master recordings were not for sale to me."

Swift said that a private equity company called Shamrock Holdings was the one to purchase her masters from Braun — but that Ithaca Holdings would still profit off her old music for "many years," something the singer called "a non-starter for me."

Shamrock Holdings reached out to Swift last month following the sale with hopes of working together, but the "Lover" singer said in a letter back that she "simply cannot in good conscience bring myself to be involved in benefitting Scooter Braun's interests directly or indirectly." "As a result, I cannot currently entertain being partners with you," Swift wrote in her letter to the company, dated October 28. "It's a shame to know that I will now be unable to help grow the future of these past works and it pains me very deeply to remain separated from the music I spent over a decade creating, but this is a sacrifice I will have to make to keep Scooter Braun out of my life."

Braun did not immediately respond to PEOPLE's request for comment.

As of November 1, Swift is legally allowed to re-record her first five albums — and she said in her statement Monday that she is currently in the process of doing so.

"I have recently begun re-recording my older music and it has already proven to be both exciting and creatively fulfilling," Swift said, promising "plenty of surprises in store" for fans.

Following Braun's acquisition of Big Machine last year, Swift wrote in a Tumblr post that she had tried for years to own her own music from the label, but was told she could only do so if she signed a new contract that gave her ownership of one of her old albums for every new one she completed.

"For years I asked, pleaded for a chance to own my work. Instead I was given an opportunity to sign back up to Big Machine Records and 'earn' one album back at a time, one for every new one I turned in," she wrote on June 30, 2019. "I walked away because I knew once I signed that contract, Scott Borchetta would sell the label, thereby selling me and my future," she wrote, adding that her music going to Braun in particular was her "worst case scenario."

While Borchetta has claimed that the deal he offered Swift would give her "100% of all Taylor Swift assets … to be transferred to her immediately upon signing the new agreement," the singer's lawyer told PEOPLE in July 2019 that that was not the case.

"Scott Borchetta never gave Taylor Swift an opportunity to purchase her masters, or the label, outright with a check in the way he is now apparently doing for others," Donald Passman said at the time.

Swift left Big Machine for Universal Music Group in 2018, and has since released two albums: Lover and folklore. She has repeatedly spoken about the importance of artists being able to own their own work.

"Well, I do sleep well at night knowing that I’m right, and knowing that in 10 years it will have been a good thing that I spoke about artists’ rights to their art, and that we bring up conversations like: Should record deals maybe be for a shorter term, or how are we really helping artists if we’re not giving them the first right of refusal to purchase their work if they want to?" she said in an interview with Variety published in January.

"Obviously, anytime you’re standing up against or for anything, you’re never going to receive unanimous praise," she added. "But that’s what forces you to be brave. And that’s what’s different about the way I live my life now."