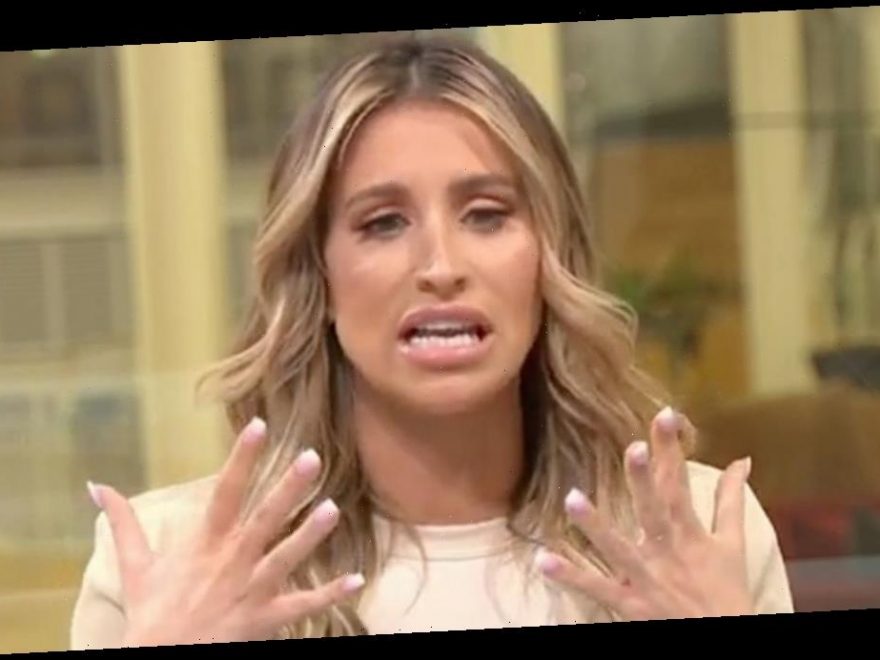 Tearful Ferne McCann has admitted she 'knows how Caroline Flack felt' during an emotional interview.

The reality TV star was on Sky News to talk about pelvic floor exercises, but was asked about her own experience with trolling after the death of the Love Island presenter.

Caroline's cause of death was revealed as suicide by hanging at the inquest into her death on Wednesday.

Ferne confessed she found it hard to talk about Caroline when asked about an unpublished Instagram post her family released this morning in which the presenter said she wasn't a "domestic abuser".

Starting to choke up, Ferne confessed: "I just find it too difficult to even talk about it. I feel so much sadness and anger and shock. I know how she feels. "Reading that statement really struck a chord with me and I want to send my condolences to her family. its gut-wrenching. It’s so sad."

In the post written weeks before she died, Caroline spoke about how her world had been turned upside down by her arrest.

When asked about her own experience with vile online trolls, Ferne pointed out that celebrities are still human. On remembering only the negative comments, she said: "I get asked this question all the time especially about trolling. With Caroline’s situation it was so much more than trolling.

"There’s so much negativity and it hurts. We’re human. Just because we’re in the public eye doesn’t warrant you to send nasty comments. Even the offer day someone said, Ferne that's not a good look on you'.

"Why say anything at all? It’s not nice. Something definitely needs to happen." Ferne believes something can be done to stop nasty online abuse but questioned whether more could be done.

She added: "'Be Kind' yeah, but how? Because it feels very final with what's happened with Caroline.

"it's so sad. There are so many parts played. It's horrendous. I know what it's like to be in the eye of the storm. It's not nice. I feel so much sadness about her." Caroline's family released the unpublished Instagram post made by her just weeks before she died on Wednesday morning.

Her mum Chris said her advisors had told her not to release it while she was alive but Chris wanted Caroline's voice to be heard.

She wrote: "I have always taken responsibility for what happened that night. Even on the night. But the truth is …. It was an accident.

"I've been having some sort of emotional breakdown for a very long time.

"But I am NOT a domestic abuser. We had an argument and an accident happened. An accident."

* Samaritans (116 123) operates a 24-hour service available every day of the year. If you prefer to write down how you’re feeling, or if you’re worried about being overheard on the phone, you can email Samaritans at [email protected]