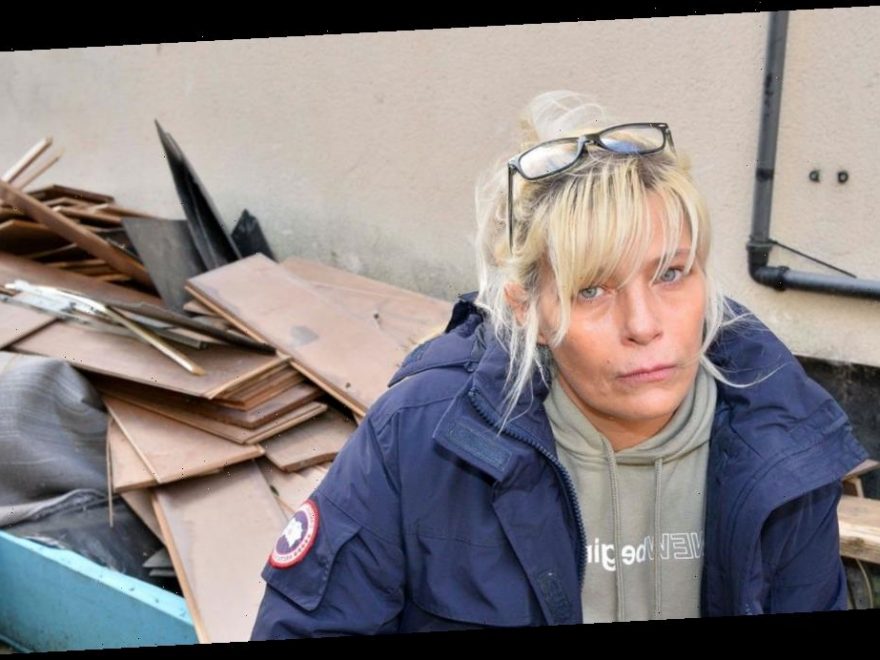 Standing in what was her family’s front room, covered in mud, silt and bits of soggy cardboard serving as a carpet, mum Mannie Allison, 45, is desperately trying not to cry again.

She and three of her children, including her severely autistic and epileptic son Robbie, were forced to flee their home in Todmorden, West Yorkshire, during last weekend’s floods.

“We met our MP Craig Whittaker and he made a lot of promises,” Mannie says.

“He said he’d come back and see us and look into things, but we’re not holding out much hope. He voted against the flood defences didn’t he?

“He didn’t seem genuinely concerned – it doesn’t affect him does it? He’s sat in his nice, warm house while we’re left in this mess.

"It’s the usual story. Money talks, the rich people up there get to do what they want, and I’ve got none, so down here you have to just put up.”

As communities along the Calder Valley – including Todmorden, Hebden Bridge, Mytholmroyd, Luddendenfoot and Sowerby Bridge – brace themselves for Storm Dennis tomorrow lunchtime, grief has turned to anger.

The residents of this West Yorkshire valley want to know why their Tory MP Whittaker voted against an increase for funding for flood defences two weeks after the 2015 Boxing Day floods swamped their homes.

They want to know why Whittaker has voted against measures to prevent climate change 17 times, despite the fact science shows heavy rains are linked to a warming climate.

And the local community wants to know what happened to government plans to stop landowners burning moorland for grouse shooting, which they believe is causing even more water to run off from the peat bogs on the hills that drain into their valley.

Last Friday – just hours before 100mm of rain fell on already wet ground in just 12 hours – Walshaw Moor, above the valley was set on fire to create ideal conditions for the luxury bloodsport. In October, the Government announced it would take steps to ban the practice, and yet nothing has been done.

It’s a tale as old as the hills, with the rich up on high ground, and the less well-off drowning in the valley.

These towns and villages are, as always, incredibly resilient, brimming with neighbours helping each other out.

Meanwhile, businesses from the Golden Lion in Todmorden to the shops on Hebden’s square reopened quickly to serve the community and get the tills ringing again.

But this is the third flood in recent memory after June 2012, and Boxing Day, 2015. As they face further flooding tomorrow, the thought of starting over yet again – while landowners carry on burning and the Government feels far away on dry land in Westminster – is too much to bear.

As local Labour councillor Scott Archer-Patient wrote on Facebook: “The anger I feel on behalf of those affected is beyond words. The people in the Upper Valley and across Calderdale are rightly furious – having had to endure traffic lights, queuing, delays and hold-ups for nearly three years.

“Well we did hang in there and now people have been hung out to dry.

"The work wasn’t done quick enough due to insufficient Government funding and questions need to be answered from those at the very top.

“Far more than £30million worth of investment into flood defences and it was almost as bad as Boxing Day, 2015. Worse for some people.

“We all know Boris likes his big capital funding projects – this needs real, sustainable revenue funding… Our homes, businesses and borough cannot take much more of this.

“How are you going to fix this one Mr Johnson? You talk about ‘levelling up the North’ – time to put your money where your mouth is.”

At the back of Mannie’s house there are 10 black bin bags full of ruined children’s clothes and piles of ripped up laminate flooring.

Inside, wet cardboard boxes filled with mud-soaked bedding are waiting to be shifted.

Mannie had thought they’d be safe this time. But despite having a pump fitted and installing flood doors and sandbags, the water and mud still rushed in from below, filling her 10-foot high cellar up to the ceiling and destroying her lounge and kitchen.

With no way of stopping the water, her terrified children, 10-year-old twins Robbie and Rossie, and Summer, eight, had to be carried out to safety.

They spent £300 on a hotel for the night but have been forced to come back to their damp home because they can’t find temporary accommodation suitable for Robbie’s needs.

Their furniture, white goods and even shoes – the children just have wellies left – have all been contaminated. “It’s been one of the worst weeks of my life,” says Mannie. “And it’s not even over yet. I did everything, flood gates, a pump, but none of it made any difference.

‘Todmorden people have been brilliant. A woman cooked for us who had been flooded herself – but what is the Government doing to help us?”

Mannie stands at the top of the cellar steps looking at where the force of the water pushed up and into the kitchen. “I can’t even get down there,” Mannie says, “the steps are collapsing and it’s still black and full of mud.

“My pump is in there, but I can’t check to see if it’s working – and if it will protect us this weekend.”

Listening to more rain hammering at the window, she puts her hands over her eyes. “I’m petrified about this rain,” she says.

“I keep hearing water, I can’t stop thinking about it coming in again.”