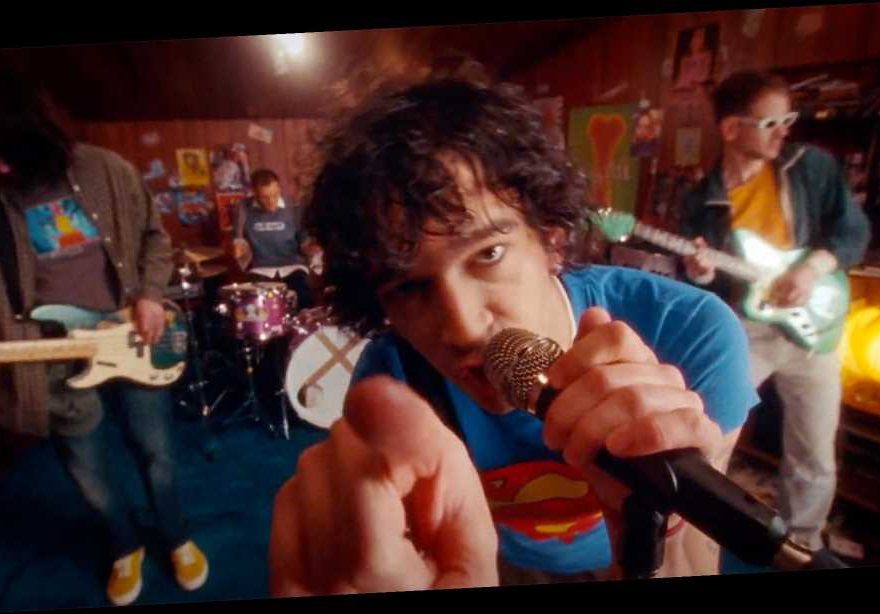 The 1975 soundtrack a house party in their new video for “Me & You Together Song,” the latest single off the band’s upcoming, slightly delayed Notes on a Conditional Form.

The visual, fittingly directed by Bedroom, focuses on a series of interconnected bedrooms frequented by young lovers and partygoers, as well as the 1975, who perform their latest single for all the inhabitants. The colorfully shot “Me & You Together Song” video concludes with the reveal that the entire apartment complex was built on one big soundstage.

The 1975 recently revealed that their Notes on a Conditional Form would be pushed from its original release date of February 21st to April 24th. “It takes like three months or something to physically make a record on vinyl so it comes out on the 24th of April, I think,” Matty Healy said of the shift. “Sorry if that’s annoying or whatever…For the sake of a couple of months, in the grand scheme of things [the delay] doesn’t really make any difference.”

The 1975 have previously shared “People,” “Frail State of Mind” and the opening instrumental from the 22-track album, the follow-up to 2018’s A Brief Inquiry Into Online Relationships.

The band will embark on a North American tour in support of their new album this summer, concluding with a gig at Bonnaroo.