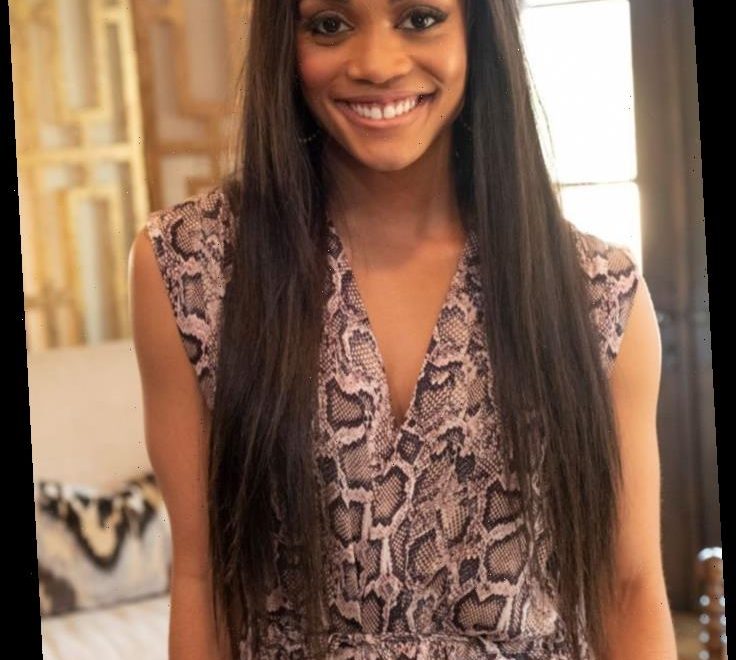 Rachel Lindsay made history as the first-ever African-American lead of The Bachelor franchise. The Bachelorette alum recently sat down with Juliet Litman from the Ringer to talk about all things Bachelor. Lindsay said that one contestant on this season in particular, Victoria P., rubs her the wrong way. Will Vicotria P. be Pilot Pete’s villain of season 24?

‘The Bachelorette’ alum Rachel Lindsay says there’s something off with contestant Victoria P.

On Litman’s podcast Bachelor Party recently, Lindsay and the host discussed Victoria’ P.’s one-on-one date with the lead, Peter Weber. They both agreed that line dancing is a great Bachelor date.

“It’s a built-in activity,” Lindsay said. “It’s like a way to be goofy but also like, show off your moves. You don’t have to talk, but you have an experience to reflect on later.” Litman asked if Victoria P.’s rather casual date in Weber’s hometown was a benefit in the world of The Bachelor. Lindsay confirmed that “it’s an advantage to go on a date that’s a real-life date. Because you’re not going on a hot air balloon, you know, across Asia.”

“I loved it,” Lindsay said. However, what Lindsay didn’t love? Victoria P.

Victoria has stood out for her tragic childhood story. And, in the first few episodes of The Bachelor, she came off as a kind person. However, something is starting to feel strange about her.

Who needs good lighting with a sunset like that ??? #santorinisunset #andronisexperience #honeymooners

Will this Peter Weber favorite be the villain of ‘The Bachelor’ Season 24?

“Something’s off,” Lindsay told Litman. One thing Lindsay didn’t trust about Victoria P.? The way she handled the Alayah situation.

“She seemed to be like, recovering memories in real time,” Litman argued. “She was like, ‘Actually, she did ask me to lie, Peter.’”

“I don’t wanna say crazy, but there’s something there,” Lindsay warned. “Something’s gonna happen with her.”

Since the recording of this podcast episode, Victoria P. has not appeared quite as sweet on the show. On the most recent episode of The Bachelor, she seemed intensely peeved with Weber.

When the Bachelor lead grabbed her to talk to privately, she reacted in a pretty hostile manner.

“I don’t really wanna talk to you right now,” she replied hastily when Weber pulled her aside. She quickly changed her mind, and agreed to talk.

“I’m just tired of this, Peter,” Victoria P. sighed as they walked, letting go of his hand. She was offended that Weber didn’t trust her opinion about Alayah.

As Weber tried to explain his connection to her, Victoria P. interrupted, saying “no, you don’t trust me.” She then proceeded to throw Alayah back under the bus, letting Weber know about Vicotria F.’s issue with her.

Former Bachelor contestant Bekah Martinez more or less agreed with Lindsay on her podcast Chatty Broads, which she co-hosts with Jess Ambrose.

“There’s nothing special about her to me,” Martinez said about Victoria P. “She’s kind of annoying to me, actually … Everything is about how hard her life has been.” Martinez also pointed out that Victoria P. reminds her a lot of a notorious villain from her own season (Arie’s season of The Bachelor): Krystal.

Ambrose disagreed, somewhat: “there’s something about her that I really, really like,” she said.

But, she acknowledged: “There’s that part in the back of my brain that goes, ‘something’s going to happen, and she’s going to become villainous.’”

Martinez and Ambrose also discussed how on Vicotria’s one-on-one date, she “quizzed” Weber about what kind of wine he liked, telling him that red wine was the “correct answer.” But then, she ordered white wine on the date. It’s not a dealbreaker; it’s just odd.

And perhaps a tiny red flag, at the very least? We can’t wait to see if Miss Louisiana with the dramatic backstory ends up being the season’s villain. But considering all the Bachelor contestants this year are pretty cutthroat, anyone could snag the crown at any moment. Martinez called this season “unprecedented evil.”

“These girls are so out to get each other from day one. It’s like nothing I’ve ever seen,” she said.

Her co-host agreed that it was “unprecedented viciousness.” We hope these Bachelor ladies can learn to get along. After all, you spend more time on the show with the other women than you do the lead. Make friends!