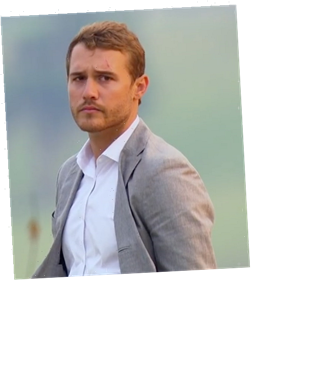 After months of rumors, speculation, false starts, and dead ends, we finally know exactly how things play out in the final episodes of Peter Weber’s season of The Bachelor.

Before we proceed any further, a few words of warning:

1. Yes, this article contains spoilers. In fact, that’s pretty much its entire reason for being. So if you wish to be surprised by what happens on Monday and Tuesday night, read no further.

2. There are some surprises in the season finale.

3. Sadly, the twists aren’t nearly as shocking as Chris Harrison led us to expect.

Anyway, with gratitude to Bachelor blogger Reality Steve for his annual intel, here are the spoilers you’ve been waiting for.

For starters, as so many have already predicted, Peter is dating Madison Prewett.

Note that we said “dating,” not engaged.

It seems that Madison and Peter are taking things slowly and attempting to build a relationship despite their differences in “values” (read: Peter is prone to thinking with his peter, and Madison is not a fan of this tendency).

At one point, Madi was so put off by Peter’s recent behavior that she took herself out of the running an entirely.

On next week’s episode, she won’t show up at all.

According to Reality Steve, Madison self-eliminates and returns to the States.

Peter chases after her, but get this — he doesn’t break up with Hannah Ann first!

No, Pilot Pete spins some BS about needing to listen to his heart and speak with both women before he makes a final decision.

Of course, he doesn’t learn that Madison bolted until just before the rose ceremony, where he had presumably already made up his mind.

So in all likelihood, the decision to drag Hannah Ann back to the US in a state of limbo was a strategic one.

Peter didn’t want to risk losing both women, and producers didn’t want to lose the rose ceremony climax where one woman gets proposed to and the other gets dumped.

After all, the entire season is pretty much built around that scene.

Anyway, we suppose it’s fitting that Pilot Pete’s season should feature so much intercontinental travel.

But for all the exotic locales, it seems the climax will play out in Madison’s home state of Alabama, where Peter will successfully convinces her to give him a second chance.

“In the end, Peter and Madison are together right now, but not engaged,” Steve wrote on his blog today.

“We will see footage of how it all came to be after filming in Australia ended, because that’s when his ‘courtship’ of Madison had to happen. From everything I was told, this happened in Alabama.”

So yeah, Hannah Ann basically gets dumped on two continents, which we guess is a Bachelor first.

As for Chris Harrison’s claim that even Peter doesn’t know how this season will end, well … here comes the twist you’ve been waiting for. Kinda …

“Peter is going to propose to her officially during the live show and he doesn’t know if she will accept,” Steve reports.

“Apparently he has no idea if she will say yes. Hell, maybe he’ll get cold feet and not go through with it.”

So to be fair to emcee Chris, it seems we do have soem twists and turns ahead of us.

For example, that scene of Peter’s mom crying and begging him to “bring her home to us”?

It seems that was filmed during WEEK ONE, when Madison met Peter’s parents at their vow renewal ceremony.

Jeez, Mom, way to get inside in the guy’s head right from the jump!

As for who Peter is tearfully apologizing to in the trailer, that’s unclear, but Steve says he can confirm the scene was shot in a California house that was rented by the show.

In other words, he’s almost certainly talking to Hannah Ann, who has every right to be very pissed off.

Anyway, some of those details remain a bit hazy.

But in the end, Steve says there’s one thing he’s certain of:

“Peter and Madison are together right now, but not engaged,” he writes.

Our premature congratulations go out to the happy couple!