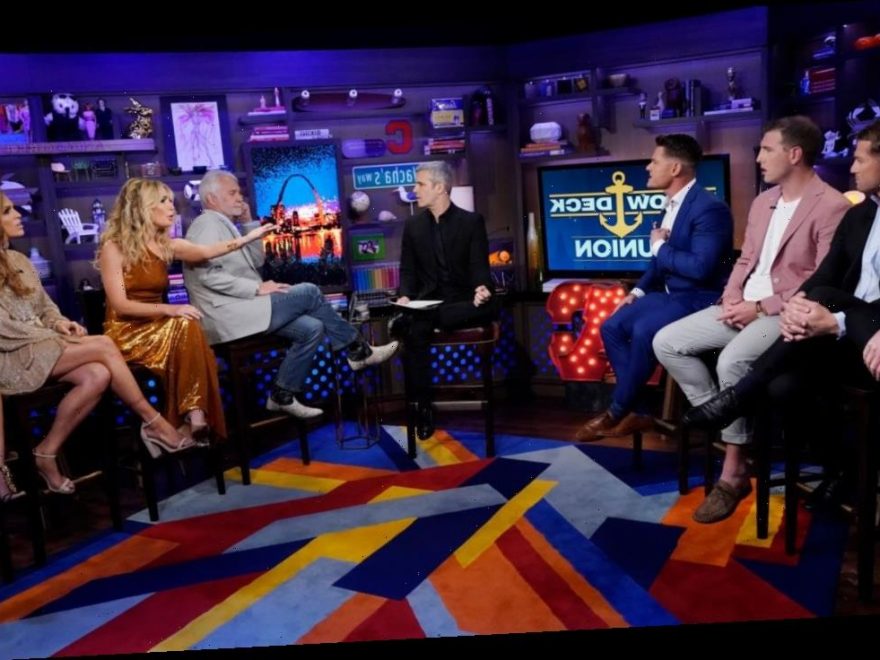 Several fans blasted Bravo producer Andy Cohen for his Below Deck reunion hosting job. Viewers expressed frustration and disappointment after the first part of the reunion aired and hoped the second part would be different.

Many fans shared on social media that they thought Cohen was favoring the men on the show. Although viewers hoped the second part of the reunion would be different, quite a few still felt as though Cohen was going too soft on the men and took to Twitter to express their disappointment.

Even comedian Leslie Jones, who has been sharing her insights along the way wasn’t happy with part one.  “I know as a host you got to be the ‘devils advocate’ but I don’t like the way you handling this Andy,” she tweeted after the first part. “Why not ask Kevin why he kicked sand in her face!AND WHY IS EVERYONE BEING SO FAKE!Bring the same energy you had in the show!!”

The bulk of the online reaction was negative about the second part of the reunion. Several people thought Cohen continued to side with the men on the show. “Honestly disappointed in @Andy at the Below Deck reunion. He let questions slide and did not hold these men accountable. I mean @mrjaxtaylor has been grilled harder for cheating on women who stay with him,” one person shared.

The charter season may be over, but the Valor crew is still in choppy waters! Captain Lee takes the crew to task when the #BelowDeck reunion kicks off with Part One TONIGHT at 8/7c followed by #BelowDeckSailing at 9/8c.

Some accused him of favoritism too. “The #BelowDeckReunion shows that Andy Cohen should no longer host the reunions for Bravo shows. Every reunion he comes out and plays his clear favorites, in this case doing his best to downplay a season that could be the textbook definition of toxic masculinity.” Another wrote, “Such a frustrating reunion. Seems like @Andy just wants to be one of the bru’s. So incredibly disappointing to watch.”

But a few people thought Cohen handled the reunion well. “I don’t care what the haters are saying. Again I loved how Andy handled the reunion. Except, he could have told Rilley to pipe down a couple of times. She was trying to run it. #BelowDeckReunion Kate and Lee needed to be called out and he had the balls to do it! Thanks Andy.”

Minutes before the reunion wrapped, Cohen asked the group if they might hit the town together. But when Skippon shook her head Cohen poked, “Courtney you don’t think maybe you and Brian [de Saint Pern] might have a nice …,” Cohen started but Skippon cut him off. “Don’t be silly,” she remarked. “Don’t even finish that conversation.” The final moments broke out into a small argument.

“Courtney putting her foot down and stopping Andy from making some ridiculously snarky comment was not a moment for all you ass hats to take as a joke. And to see Andy laugh about it too was just too much,” one person tweeted.

Comedian Leslie Jones wasn’t happy about the moment either. Skippon also shared her parent’s reactions too. “My dad is so riled up about the reunion and every time he talks he swears and my mom is like: ‘why are you [talking] like that?’ And he’s like: ‘listen, it’s @Lesdoggg – it’s catchy. I need more of her.’ Same, Dad,” Skippon tweeted.