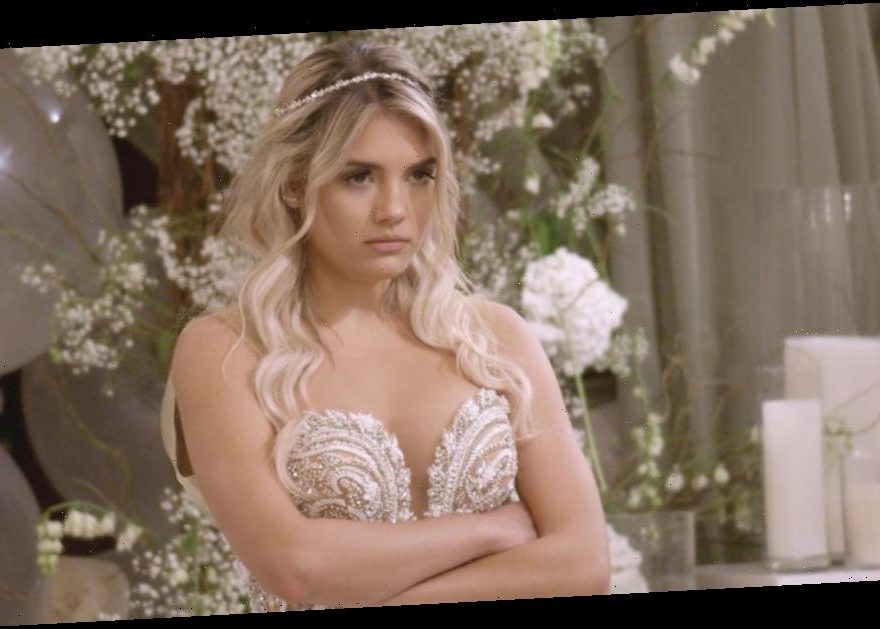 Love is Blind is almost over, everybody. Now, we only have the reunion special left before we have to find some other way to fill our evenings.

With such a wild concept, the show drew viewers in and didn’t let them go until the absolute last minute. Yesterday’s finale was a marathon of emotion as the final five couples made it to the altar. The ending was a true surprise. Some couples that people were sure about didn’t go through with their weddings, while others said ‘I Do’ who should have maybe thought twice about their decision.

But the best part of the finale wasn’t even what was on screen, it was the viewer reactions.

What happened on the finale?

If you haven’t watched the finale, then be warned that the rest of this article contains spoilers.

Giannina Gibelli and Damian Powers were the first couple to hit the altar last night. While Giabelli was ready to get married, Powers turned her down in front of all of her friends and family, which was surprising given that Powers was always the one chasing her throughout the relationship.

Going into the finale, Kelly Chase and Kenny Barnes seemed to have one of the strongest relationships on the show, but when it came down to it, Chase just wasn’t attracted to Barnes as anything more than a friend so she turned him down.

Are you as anxious today waiting on the #LoveIsBlind finale as I was waiting to meet what might be my now HUSBAND!?!? ??swipe . Literally in this moment my entire body was quivering, any and every thought ran through my mind, I was sweating yet shivering, trying to practice the simple “4 square breathing technique”; the most INTENSE moment in my life…well, other than what you’ll see on the Season Finale!!!? . @netflix #LoveIsBlind . . #chaselifewithkelly #chaselifetogether #loveisblind #netflix #becomeabetteryou

Matt Barnett got cold feet the day of his wedding to Amber Pike and refused to answer any of her phone calls. He, eventually, got it together and made it to the altar to marry Pike.

No one thought Jessica Batten and Mark Cuevas would or should get married. Luckily, Batten decided she couldn’t go through with the wedding and left Cuevas at the altar.

The one love story everyone was rooting for was Cameron Hamilton and Lauren Speed’s. Their wedding day went off without a hitch and the two are still married to this day.

There was a lot to take in throughout the hour and a half episode, but fans were able to recap the whole thing.

“Anyone who thinks Mark is the victim here needs to rewatch the whole series and document every red flag Jessica threw at him. #markisblind #loveisblind,” one person tweeted.

The summaries of the episode were everything.

“Giannina & Damian: Love is a b*tch, Amber & Barnett: Love is not this, whatever this is, Kelly & Kenny: Love is blindsided, Jessica & Mark: Mark is blind, Lauren & Cameron: Love IS blind,” one fan summarized.

” Lauren & Cam are the end game of all end games,” another person wrote. “2. Amber is the finesse queen, she’s the true definition of rags to riches. 3. This show should be called Mark is blind, Jessica is an alcoholic mess. 4. Kelly took a capital L. 5. Giannina thinks shes a poet.”

The happiest day of my life.

” 1)GG got like 6 personalities and Damian has like -3,” another person said. 2)Kelly low key aint sh*t. 3)Amber got Barnett in the sunken place. Sis done confessed to premeditated murder at least 5x 4)Jessica needs AA. And Mark needs glasses. 5)Lauren and Cam both said Ciara’s prayer.”

But mostly everyone was just in awe at Speed and Hamilton’s love.

“Get you somebody that looks at you the way Cameron looks at Lauren,” one tweet read.

“Cameron really bought a house in preparation to have a wife and kids,” one user wrote. “Was prepared to even turn the guest room into a work studio for Lauren. Like, when he says ‘I’ll take care of you.’He really means that sh*t.”