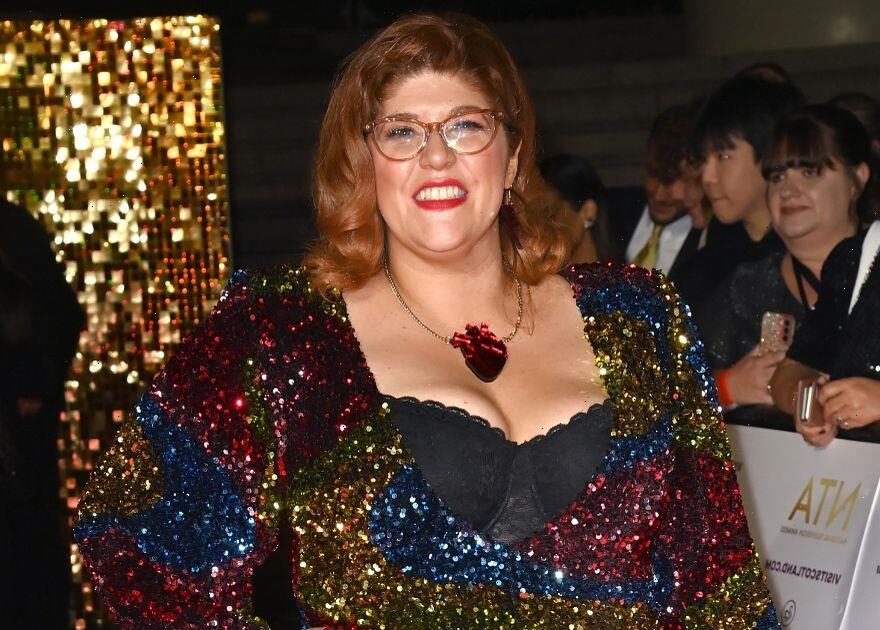 Jenny Ryan looked unrecognisable from her Chaser duties as she walked the red carpet at the National Television Awards.

Jenny, known as 'The Vixen' on the ITV game show, pulled off a far more glamorous look than her usual 60s-inspired and red beehive.

The 40-year-old flashed her bra in a rainbow-sequinned gown with a plunging V-neck and long floaty sleeves.

Jenny completed the look with with a red necklace and some black biker boots, while she wore her hair in a wavy side part and wore classic red lipstick.

Twitter users were quick to comment on the Chaser's fabulous look, with one writing: "Jenny Ryan’s dress #NTAs #slayyy" alongside two heart eye emojis", while a second added: "Jenny, you look like a Million Dollars tonight."

Jenny’s dazzling entrance comes just days after she teamed up with Dr Ranj to win almost £20,000 for charity during an appearance on Celebrity Lingo.

The brainy duo made it all the way to the final on September 25, with their wordplay knowledge leading them to be branded “superb” by fans up and down the country.

“Great work from Jenny and Dr Ranj. Even better to see a very helpful £18,200 go to a UK charity that focuses on food banks. The sort of charity that celebrities should play for unlike some questionable choices over the years on these sort of shows. #CelebrityLingo,” commented another.