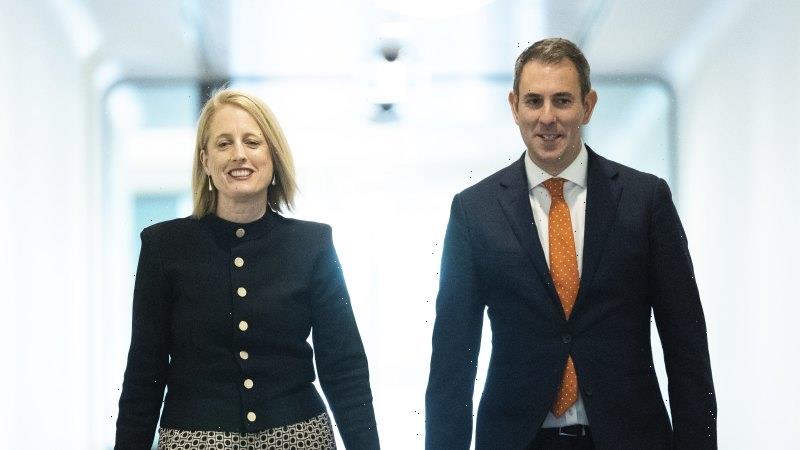 Jim Chalmers and Katy Gallagher have inherited the fiscal cost of Australia’s fight to stave off the COVID pandemic.

The treasurer and finance minister, who in a month’s time will deliver the re-do budget of 2022-23, face a fiscal abyss spreading into the next decade that can be measured in trillions of dollars. 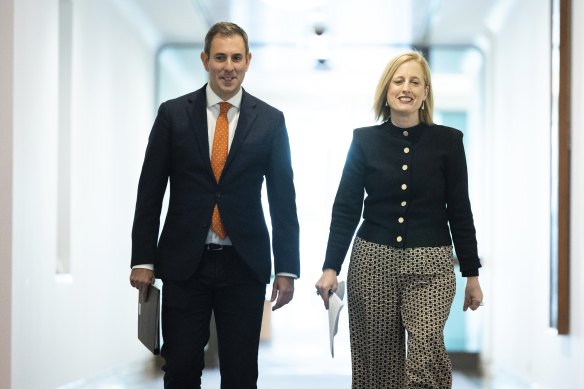 Treasurer Jim Chalmers and Finance Minister Katy Gallagher will deliver the new 2022-23 budget next month. They have identified five areas of spending that will put pressure on the budget bottom line.Credit:Alex Ellinghausen

These five areas are among the most politically contentious in the budget, affecting millions of voters. They are heavily influenced by ingrained demographic changes such as the ageing cohort of baby boomers or, like defence and interest costs, determined by global factors outside the control of government.

The five areas that worry Chalmers and Gallagher were, in the March budget, expected to account for 36 per cent of all government spending this financial year. By 2025-26, they will account for 40 per cent.

Addressing spending pressures took a back seat as the previous government threw everything at dealing with the largest health threat to the country in a century. Protecting Australians from COVID also came at a huge economic cost as the country shut down and effectively shut itself off from the rest of the world.

The combined impact of the health and economic onslaught is now spread across the federal budget.

The situation has become more urgent due to the outbreak of inflation pressures that started last year, partially fuelled by easy fiscal and monetary policy. Central banks, including the Reserve Bank, are now driving up interest rates at their fastest pace in decades.

In March, then-treasurer Josh Frydenberg forecast a $78 billion deficit this financial year after a $79.8 billion shortfall in 2021-22.

High-priced commodities, inflation, strong employment growth and a delay in some spending has improved last year’s bottom line by about $50 billion. Some pundits have used these figures to suggest the country’s budget pressures are easing. 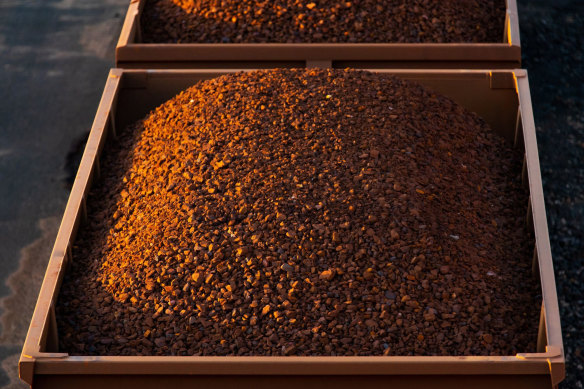 High-priced iron ore and other commodities have helped the budget, but those prices may not remain elevated.Credit:Bloomberg

But a deficit of about $30 billion, likely to be confirmed this week, would still rank in the 10 largest deficits of Australian fiscal history.

And the deficit reduction is being driven by unusually high prices for a handful of key commodities. As previous treasurers have discovered, commodity prices can go both up and down.

Reserve Bank governor Philip Lowe this month noted that it was more than strange that Australia, benefiting from record low unemployment and the highest ever prices for key commodities, was still recording substantial deficits.

The fastest growing cost of the budget is the interest bill on federal debt.

In the March budget, the national interest bill was supposed to reach $17.9 billion this financial year. By 2025-26, the Parliamentary Budget Office says it will hit $26.3 billion.

By 2025-26, the interest on federal debt will cost taxpayers more than what is spent on child care subsidies and financial support to carers 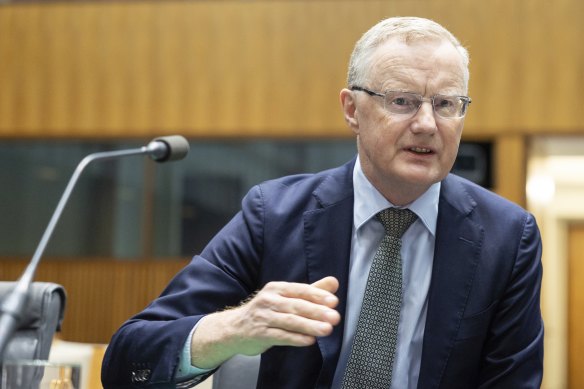 RBA governor Philip Lowe has noted that despite high commodity prices and low unemployment, the budget is still deeply in the red.Credit:Alex Ellinghausen

And that is predicated on rates as they were forecast in early March. Interest costs have gone up considerably since, with next month’s budget likely to reveal a sharp lift.

That’s just the interest equation facing Chalmers and Gallagher. The issues touched upon by Philip Lowe in his speech – that taxpayers want an increasing number of high-quality services – is another.

Every budget comes with a set of promotional booklets known by budget-watchers as “glossies”.

These are used by the government to deliver an easy-to-ready overview of the budget. They normally include panels outlining the major spending and saving initiatives.

Treasurers Costello, Swan, Hockey and Morrison all outlined both the big spends and the big cuts in their “budget overview” glossy. Frydenberg followed that tradition in his 2019 pre-election budget that outlined $2.6 billion in savings (of which $2.1 billion came from a single measure, changing the social security income assessment model).

But the savings measures disappeared in Frydenberg’s 2020 COVID budget. They didn’t return in 2021 amid the uncertainty pandemic was still causing.

And they weren’t there in Frydenberg’s pre-election budget of March this year.

Repairing the budget is politically fraught at the best of times.

Doing it after more than two years without any substantial cuts in expenditure is even tougher.

Doing it during difficult domestic and global economic conditions that require the most aggressive tightening of monetary policy in decades puts it into the realm of political impossibility.