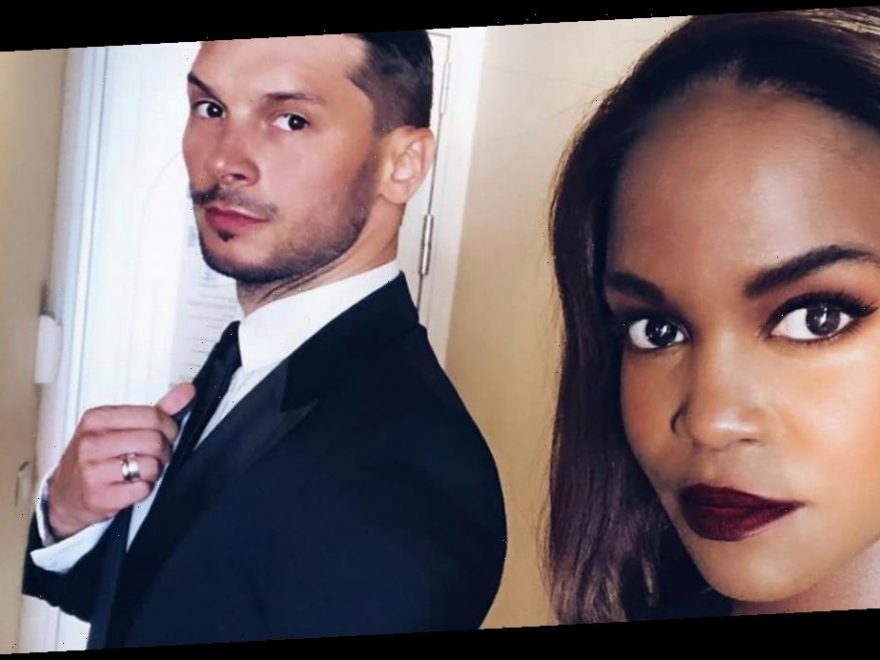 The Strictly Come Dancing star, 29, was forced to address speculation that she's pregnant after her 38-year-old husband shared a cryptic snap on his Instagram.

Marius shared a heartfelt couple's snap with Oti, posting it to his 9,370 followers on Instagram.

He wrote in the mysterious caption: "Psst… can you keep a secret? Link in bio," with a sunglasses face emoji.

His followers flocked to the post, asking the professional dancer if his wife was having a baby.

One said: "You're pregnant!"

While another wrote: "You having a baby?"

Oti quickly rushed to comment, squashing the rumours by saying: "No lmao."

It turns out, the secret the couple were hinting at was that they're both staging events across the UK.

Following the link in both of their bios leads to a website saying: "Oti Mabuse and Marius Iepure invite you…

"…to be a part of the upcoming events in London and the UK! We love to dance, to perform, to teach dancing and we want to share our love for dance and entertainment with you. We will have some of your favourite TV professional dancers joining us.

"If you want to get early bird tickets, up to date news and to be the first to get the information about our future events please subscribe!

"We are so excited to present it exclusively to you!"

After they made the announcement about their new stage show, fans rushed to congratulate the hot couple.

One wrote: "But I'm so excited about you two doing something I could burst!"

While another gushed: "Absolutely adore you two. Such couple goals, Oti makes me so proud to be South African."

Oti spoke about her relationship with Marius on Loose Women.

She said when asked how they deal with the so-called Strictly Curse rumours: "So we did Strictly Germany together, so he did it a season before me and then he came on after and I moved to the UK.

"He kind of is like a real macho man, he talks like this in his European accent.

"It's like don't touch my wife unless you have to… unless you really have to, don't do it.