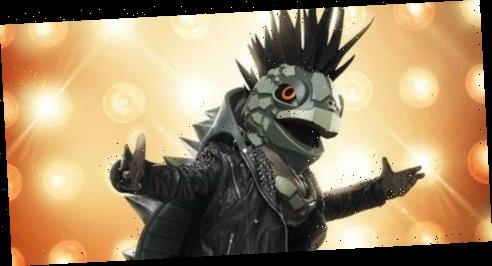 You know that demon who lives under your bed? Yeah, well I did you a solid and identified him. Turns out it’s the salmonella-ridden reptile known as The Turtle, one of the new contestants on The Masked Singer Season 3. At this point in the competition, it’s unclear which poor “celebrity” has been shoved into The Turtle’s shell against his will, but the internet has some theories—some of which seem pretty legit, and some of which are such a reach that I can only assume watching this show has made people lose their minds. Understandable, I’m barely holding onto sanity myself!

Anyway, before we get to the theories, please take a moment to watch The Turtle’s Clue Package. In it, we see him a) flipping burgers, b) holding a surf board, c) using the expression “step by step,” and d) walking like a zombie.

Okay, so fans think the Turtle is Jesse based mostly on the fact that he sounds just like Jesse. But also, there’s a big clue that backs up this theory: the Turtle’s surfboard. It could be a reference to the time Jesse won a Teen Choice Award, plus let’s not forget that our dude played a surfer on Summerland. 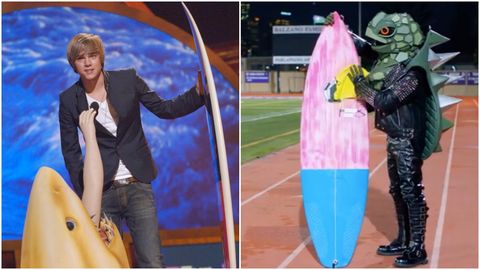 P.S. did you catch the little ~zombie walk~ the Turtle did at :32 in the clue video? It might interest you to know that Jesse was on an episode of Fear the Walking Dead. Just! Saying!

There are actually two pieces of evidence that fuel this theory:

Even Mrs. Claus has a favorite reindeer! It's time to let your entire family know who Mom's favorite is this holiday. Shop now at participating Wahlburgers locations or on wahlgear.com ?

Meanwhile, I’d like to remind everyone that Donatello (aka Donnie) was a member of the Teenage Mutant Ninja TURTLES. And on top of that, our man is married to judge Jenny McCarthy, so it’d be pretty easy for him to get on the show.

Okay, this one is mostly just Nicole Scherzinger reaching, but a few other fans are right there with her:

I mean, are we ‘All In This Together’?? Do we think it’s @ZacEfron 🤔 #TurtleMask #TheMaskedSinger

Turtle has to be Zac Efron. No way it can’t be him. #MaskedSinger

Then again, a bunch of people are roasting everyone who thinks it’s Zac:

nicole: “i think the turtle is zac efron!”

me, who spent my entire childhood watching all the high school musicals and listening to his voice: #TheMaskedSinger pic.twitter.com/zakItWUgUn

I’m not watching #TheMaskedSinger  but how can you say the turtle is zac efron? that’s clearly jesse mccartney. his voice is unique and nothing like zac’s. also, zac didn’t even sing in the first hsm so he’s not at his level when it comes to singing.

#MaskedSinger the turtle isn’t @ZacEfron . He cant hit high notes like that, you’d know that if you were a true high school musical fan and knew that he didn’t sing the high notes in bet on it