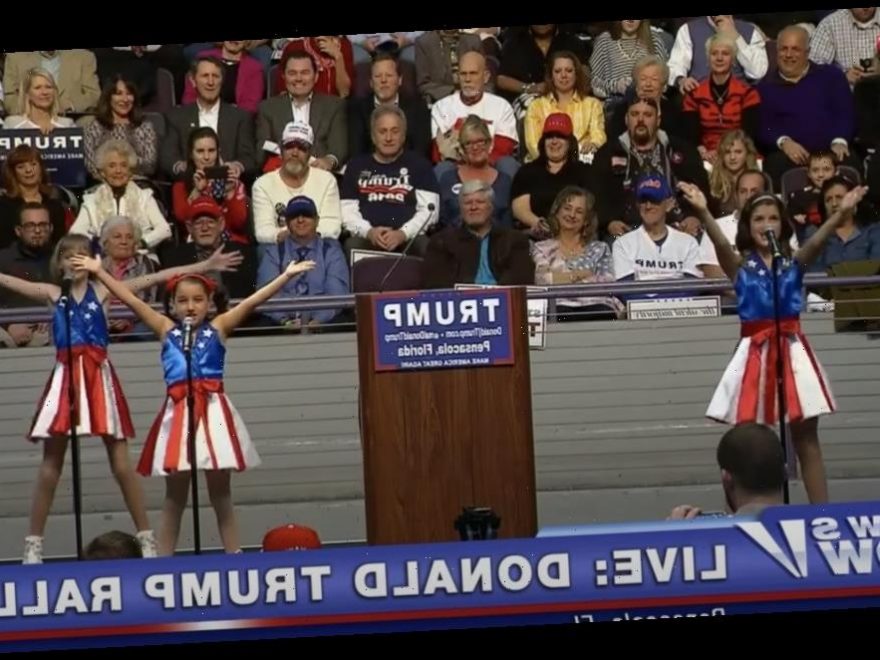 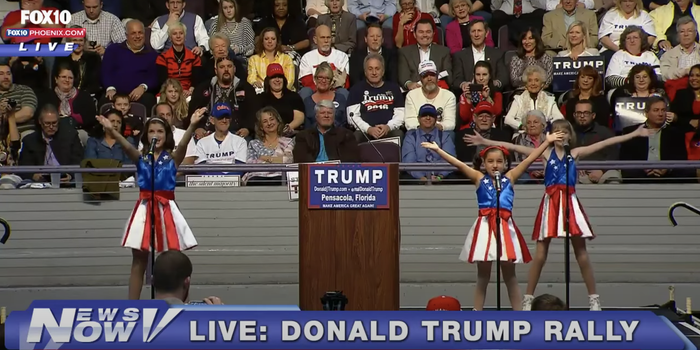 It was an enduring moment in the 2016 election: three little girls at a Trump rally belted out a teeny pop song that became known as "The Official Donald Trump Jam."

"We're just looking forward to hopefully a more unifying president and, and thus far everything Joe Biden is saying is exactly what a president ought to be saying," the group's manager, Jeff Popick, told Insider on Thursday.

Popick knows what it's like to fight with Trump.

Just as the Republican primary debates were heating up in 2016, the USA Freedom Kids were invited to perform in front of 15,000 Trump fans in Pensacola, Florida.

They were delighted. The crowd adored them. Trump told them he was going to listen to their CD all night, Popick said.

But then a promised opportunity to sell albums — which they had taken in lieu of payment — never materialized, Popick told The Washington Post a few months after the performance.

The Trump campaign then asked them to perform at an Iowa rally at the last minute. But after a rush to round up the gang and jump on planes, they were abruptly canceled, Popick told Insider.

"I didn't know if I should laugh or cry," he said. "I mean, hearing Donald Trump, the media mogul, being intimidated by three little girls, it was really rather bizarre."

He said he pursued a lawsuit for costs only, in order to "show the girls that things will be set right."

The group settled the lawsuit for a lesser sum in December 2016, when Trump was president-elect. For Popick, it still closed a chapter.

The tussle with Trump had more repercussions. According to Popick, an executive producer for Simon Cowell had shown an interest in the girls. "She said, 'you know, we see these girls on lunch boxes across America,'" he told Insider.

"And then after this firestorm with Trump, then they said, you know, we've got to step back. Not only do we have to step back, but we really recommend that you get off people's radar screens for a while."

Insider approached Cowell for comment on this, but did not immediately receive a reply.

For Popick — a real estate developer himself — it was the end of a long-time fandom of Donald Trump.

"I think I was one of the first to go through that metamorphosis," he said. "So many people were fans of Trump for a lot of reasons … and yet one by one, we started realizing he's not the guy we thought he was. I'm telling you, it was a painful process.

Although "Freedom's Call" is being re-recorded in celebration of Biden, Popick insists the band isn't political. They are, after all, just kids, and he said that they also offered to perform for Hillary Clinton in 2016.

He founded the USA Freedom Kids — a much larger group than the three who performed in Pensacola — with a casting call in Florida in 2015.

His vision of creating a patriotic singing group that celebrates freedom, and they coined the word "Ameritude" to express this.

Their bread and butter is non-political events, performing for veteran and police groups, TV galas, and parties, although this activity has taken a pause in the pandemic.

Popick said they are in essence a group of girls "who enjoy putting smiles on people's faces."

"And again, when they did the Trump song, it wasn't with the intention of the alienating 50% of America," he added.

For Popick — who says he is a registered independent — getting behind Biden's agenda is less about policy and more about his promise to unify the country, after Trump created so much division. (He declined to tell Insider how he voted in either election.)

And there's quite a change to the song. The 2016 version went:

"President Donald Trump knows how / To make America great / Deal from strength or get crushed every time."

But as of Sunday, when they plan to head to the recording studio, they'll be singing:

"President Joseph Biden knows how / To Build Back Better / And be the dude with Ameritude!"

Caught up in Trumpworld

But they are connected irrevocably with that one moment at the beginning of Donald Trump's dizzying ascent to political power.

TIME Magazine listed them among "45 Americans who defined the election," and New York Magazine compiled a list of EDM remixes of their song.

It wasn't always kind: Stephen Colbert described the song as "a bald eagle marching on a Casio keyboard."

Popick said he didn't "know what to make of" the TIME accolade. "[The performance] was just for the girls to do what they want to do, which is perform and put smiles on people's faces," he said.

"And so it really, it's kind of a shame that we became part of the division, when that was the exact opposite of what we were trying to do."

Today, many of the girls are still performing. Popick's daughter Alexis — the eight-year-old at the center of the Trump performance — is now a 13-year-old homeschooler who hangs out on Tik Tok and worships Ariana Grande.

She's keen to have a career as a performer, and is getting the practice. Last year, she co-hosted a 13-week show on the local TV station, "The All-America Freedom Awards," with her father.

"I began this, this endeavor with my daughter when she was five," Popick said. For him it was a way to showcase her talents while expressing his long-held patriotism.

"So for years before the Trump thing, from the time I was a little boy, I always loved this country," he said.

"I enjoy the patriotic thing, so [I said] let's do this little project." What happened with Trump was "very surreal," he said.

"Maybe we were amongst the first to get caught up in the division. Which is really sad, because that's not what we intended."