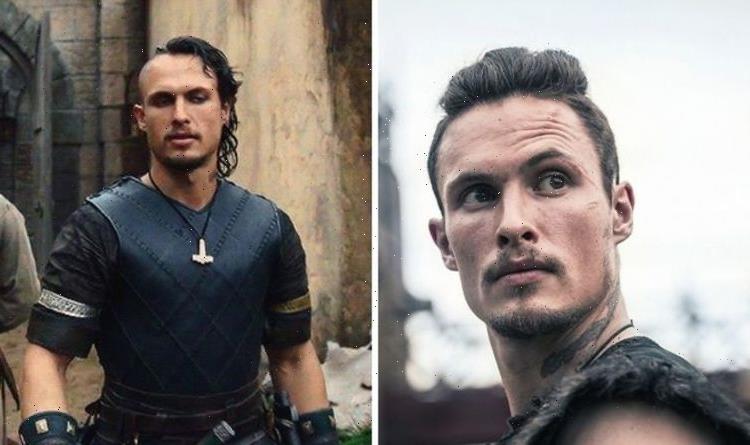 Netflix’s historical drama The Last Kingdom will be coming to an end after the release of its highly anticipated fifth season. Ahead of its finale, Sihtric star Arnas Fedaravicius has secured a new role on the second season of Amazon’s fantasy series, The Wheel of Time.

Amazon is expected to be expanding their cast for season two of its hit series, alongside Arnas the latest stars joining the roster with recurring roles are Guy Roberts and Gregg Chillingirian.

The Wheel of Time is an onscreen adaptation of a series of high fantasy novels written by Robert Jordan.

Despite being originally written as a six-book collection, it has now spanned 14 novels with Brandon Sanderson also credited as a co-author.

The Wheel of Time is a fantasy series based in a world where magic exists but only for women to use.

The series followed Moiraine (played by Rosamund Pike) and her journey as a member of the Aes Sedai, an incredibly powerful all-female organization.

Viewers watched as she arrived at Two Rivers, a small town where she went on a dangerous journey around the world.

After encountering five young men and women, they embarked on the expedition together.

However, one of them was prophesied to be the Dragon Reborn and will either save or destroy humanity.

In the upcoming season two, Arnas will play Masema, a quiet and intense warrior who serves Lord Agelmar.

Whereas, Gregg Chillingirian will star as Ingtar Shinowa, a lord and soldier from war-ravaged lands.

Lord Agelmar who was played by Thomas Chaanhing in season one and his wife Lady Amalisa (Sandra Yi Sencindiver) are also expected to reprise their roles.

With the addition of the latest cast expansion, those actors will be starring alongside Álvaro Morte, Sophie Okonedo, Madeleine Madden and Marcus Rutherford.

Barney Harris who played Mat Cauthon in season one will be replaced by Dónal Finn in the upcoming instalment.

The Wheel of Time is set to be Arnas’ next biggest series after becoming a household name thanks to The Last Kingdom.

As fans patiently await the release of The Last Kingdom’s fifth season, many have begun to question if the series will air this year, after an unexpected delay.

Viewers had hoped it would follow the schedule of its past seasons and air in November, however, this wasn’t the case.

Fans will have to stay tuned to see if Uhtred of Bebbanburg will finally fight off his challengers and take back his home once and for all.

Although The Wheel of Time is currently in production a release date has yet to be revealed, however, express.co.uk will be updated.

The Last Kingdom seasons 1-4 are available to stream on Netflix.