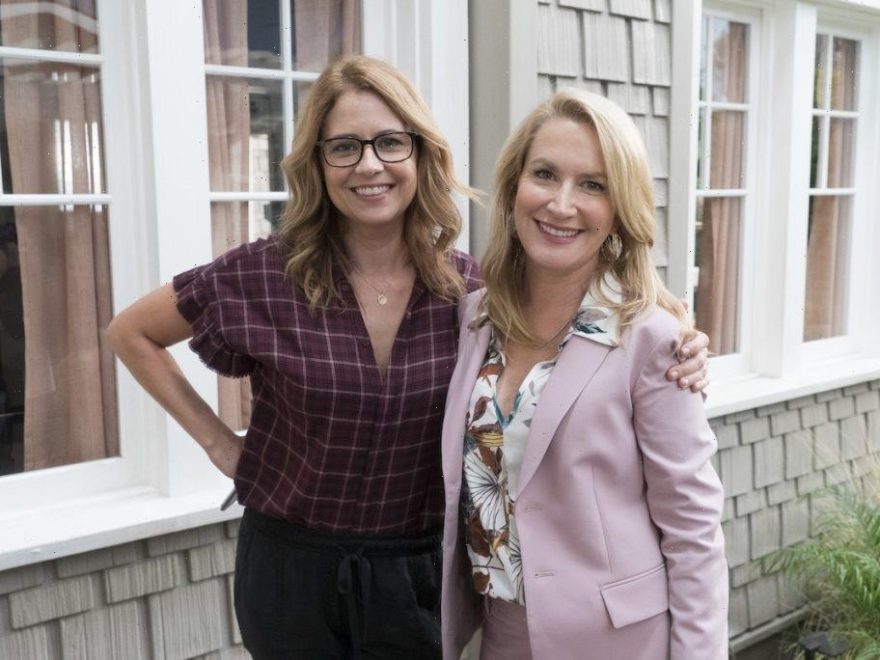 Angela Martin and Pam Beesly weren’t exactly besties on The Office. However, in reality the women who play these roles are the best of friends! Angela Kinsey spoke with Showbiz Cheat Sheet over the phone and shared details about the book she and Office co-star Jenna Fischer co-wrote together.

In 2019, Fischer and Kinsey started the Office Ladies, a podcast featuring the two stars rewatching the series. Each week, the iconic duo breaks down a different episode of The Office.

Sometimes, Fischer and Kinsey welcome guests to the show. From writer, director, and actor Paul Lieberstein to cinematographer and director Randall Einhorn, the Office Ladies have connected with various cast and crew members to bring fans behind-the-scenes stories from the people who were there.

‘The Office’ cast used to journal on set

As a self-proclaimed “lady in the ’90s,” journaling became a pastime of Kinsey’s in college. That hobby followed her well into her acting career.

During our call with Kinsey, we talked about her and Fischer’s upcoming book on The Office. Ironically, a lot of the journaling Kinsey and Fischer did on set helped them write their new book.

Kinsey says a lot of people were journaling on the set of The Office. “Jenna still journals,” Kinsey said on our call. “It’s a little harder for me to make that space for myself now.” Still, the journals she kept from the set of the show have served her well.

Whenever she journaled on the set of The Office, it wasn’t because she thought the show would have the lasting impact it has. “I certainly thought the show was special,” the actor, author, and baker explained. “[But journaling is] just part of my life.”

“At the time, [I was] just kind of writing about my day and my experience,” Kinsey added. “In my thirties, I was already a grandma.”

Now, Kinsey’s passions for journaling and scrapbooking have inspired the book she and Fischer will release in 2022. Together, Kinsey and Fischer co-wrote The Office BFFs: Tales of The Office from Two Best Friends Who Were There. The book won’t be released until Feb. 8, 2022, but Office fans can preorder copies now.

“Angela and I have journeyed through so much together,” Fischer shared on Instagram. “We met on The Office and it kicked off what would become one of the most important relationships of my life. And now we get to share all about it in our new book, The Office BFFs!”

Fischer says they worked on the manuscript for more than a year, pulling from their “journals and many bins of photos.” The book will detail their time on the show, what it was like becoming moms, and the impact those changes had on their work and their friendship. According to Fischer, the book will also touch on how she and Kinsey went into business together as the “Boss Ladies of Office Ladies.”

Preorder your copy of The Office BFFs: Tales of The Office from Two Best Friends Who Were There today! And stay tuned to Showbiz Cheat Sheet for updates on Kinsey and Fischer’s next venture together.