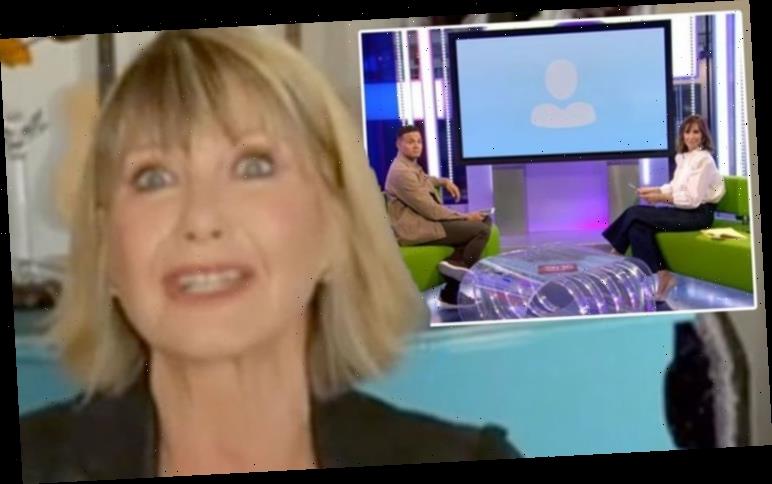 Hollywood royalty Olivia Newton-John and her daughter Chloe joined Alex Jones and Jermaine Jenas on The One Show tonight to discuss all about their new single together. However, as the chat came to a close, the BBC presenters were left looking none the wiser when the two disappeared from screens, although they could still be heard trying to answer Alex’s questions.

The awkward mix-up happened in the closing moments of Tuesday’s The One Show as Alex fired some fan questions their way.

“We’ve got some questions for you from some viewers,” Alex told Olivia and Chloe. “So we’ll just try and squeeze them in.

“Kevin has a question for you Olivia, which singers inspired you when you were starting out?”

“Oh gosh,” the Grease star said as she pondered her answer. “I would say, Joan Baez, Nina Simone, Dionne Warwick -“ 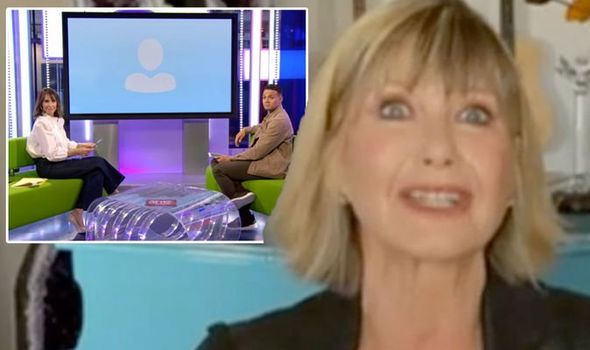 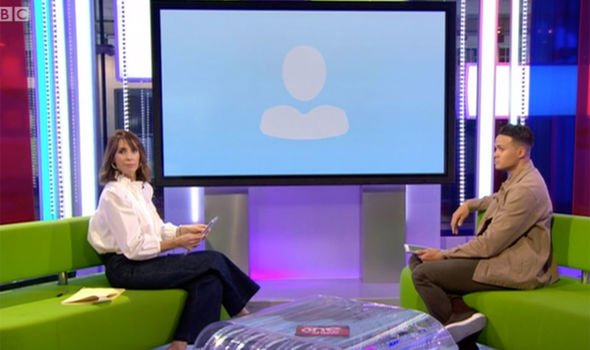 However, before she could continue, Olivia and Chloe were replaced with a blank screen.

Alex and Jermaine scanned around the BBC studio as they looked perplexed at what had happened.

“Well, we can still hear you – it’s a bit like radio,” Alex joked, only for Olivia and Chloe to pop back up moments later. 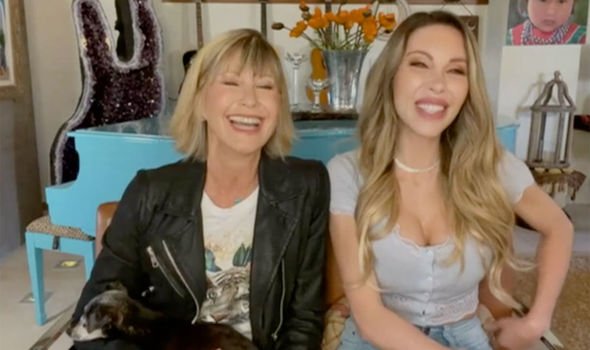 Apologising for the mishap, Olivia said: “So sorry! The phone rang and we didn’t know what to do.

“The beauty of modern technology,” Olivia said as she shared a laugh with her daughter – but the blunders weren’t done with there.

Continuing her answer, the actor continued: “Ummm, so yeah Nina Simone, Dionne Warwick, they were probably my main ones in the beginning,

“We’ve lost you again,” Jermaine said, while Alex took it upon herself to cut the interview there.

“On that note, brilliant timing because that is it for us tonight,” Alex said before she bid farewell to BBC viewers.

However, it was third time lucky for Olivia and Chloe as they did manage to return to The One Show in time to say goodbye to those watching at home.

Alex and Jermaine just had enough time to tease what they have in store for fans on Wednesday evening.

“We’ll be back tomorrow night with Hugh Bonneville,” Jermaine said as Alex weighed in: “See you then.”

Jermaine will be back on the famous green sofa alongside Alex for the next instalment.

Alex has also been joined by the likes of Alex Scott and Ronan Keating in recent weeks but the former footballer has proven a hit with BBC viewers.

The One Show continues weeknights at 7pm on BBC One.