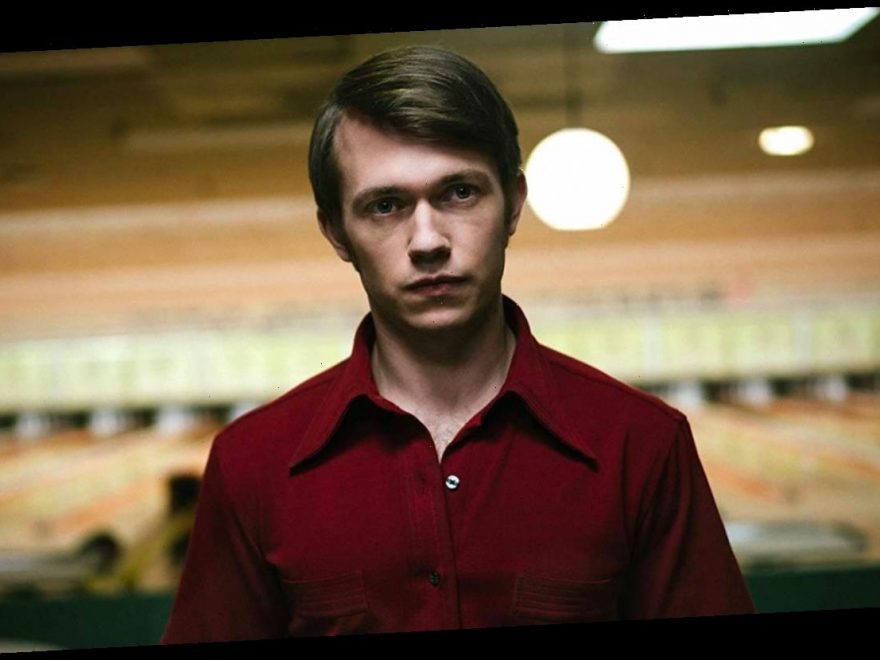 There’s a good chance it was Al Pacino’s involvement that convinced you to start watching Amazon Prime’s new series, Hunters. Maybe it was seeing Jordan Peele’s name in the commercials that gave you the inspiration to start watching. But as you binge your way through the bloody, revenge fantasy pulp that is the series, you’ll probably find yourself blown away by someone that you weren’t entirely expecting: a chilling Nazi named Travis Leich, played by Greg Austin.

Travis, as played by Austin, is a terrifying presence every time he’s on screen. He’s a threat to any character he comes in contact with, and the stakes immediately feel raised when he enters a scene. The character almost feels like Lorne Malvo (Billy Bob Thornton) in Fargo or Anton Chigurh (Javier Bardem) in No Country for Old Men—when he comes on screen, you may end up blocking your eyes from seeing what happens next.

Austin’s performance in the show also has feels—very specifically—like a performance that Alexander or Bill Skarsgård would give. Both Swedish brothers (and sons of Stellan) have experiences in terrifying audiences, with Alexander doing so in Big Little Lies and Bill playing the demonic clown in both volumes of IT. Austin isn’t related to the brothers, but his performance as Travis gives off extremely similar energy.

Without further ado, here’s some more that we know about Greg Austin:

He based Travis Leich on both real and fictional serial killers.

Travis isn’t based on a specific person, but Austin has mentioned that he researched serial killers such as Ted Bundy in preparation for the role. He told BUILD in an interview that he did specific research into psychopaths, saying that Bundy’s “charisma, self-confidence, and complete lack of empathy” would be helpful to understand and bring to his performance as Travis.

In an interview for Hunters on our Men’s Health Instagram, Austin also mentioned that he looked into performances and characters from relatively recent television and film, specifically citing Jodie Comer’s Villanelle from Killing Eve and Javier Bardem’s Anton Chigurh from No Country for Old Men. “That sort of vibe was very much an inspiration for Travis,” he said.

Travis Leich is an American who’s been radicalized by Nazis.

Austin’s character is an agent of chaos, entering the series with his own unknown agenda. He corresponds with both Biff (Dylan Baker) and Nazi leader The Colonel (Lena Olin), but it’s clear from watching just a few scenes that he’s out for his own bloody agenda. It’s not entirely clear at first, because so many characters are using different accents and under different levels of cover, but eventually Travis is referred to as “The American.” This shows that the Nazis plotting in Hunters aren’t just people who came over from Germany following the war, but that others have also been radicalized into the cause.

Speaking to Entertainment Weekly, Austin said that Travis was an American “golden boy” who found this underground Nazi movement and embraced it as a way to give into his “cruel” nature. “He’s a normal American kid that has somehow been caught up with this re-emergence of Nazis,” he said. “Because it allows him to express his violence and his lust for chaos.”

Austin is from England.

While you may not be able to detect it from watching his character in Hunters, Austin was actually born in England—the Bournemouth area, specifically. In fact, before appearing in Amazon’s Hunters, the majority of Austin’s projects had been either entirely English productions or co-productions.

Those projects included Mr. Selfridge, in which he appeared alongside Jeremy Piven, along with other series like Summer of Rockets, Class, and a guest appearance on Humans.

Austin keeps his Instagram up to date with his work, personal projects, and everything in between. He also tracks his own progress in the gym, frequently posting workouts on his IG story and also posts tracking his progress. In one post, he even called himself a “gym bro.”

I am now officially a gym bro ? This has taken me just over a year of serious strength training to get to, and yep, I'm addicted now. It's hard work and a slog at times, but it's immensely gratifying, and I'd recommend anyone getting in some weights if you can find the time, you won't regret it ? #gymbro #gym #fitness #gains #fitsporation #fitspo #gymbody #guyswholift #armpump #pump #ohmygodimagymbrogoddammitwheredidigowrong