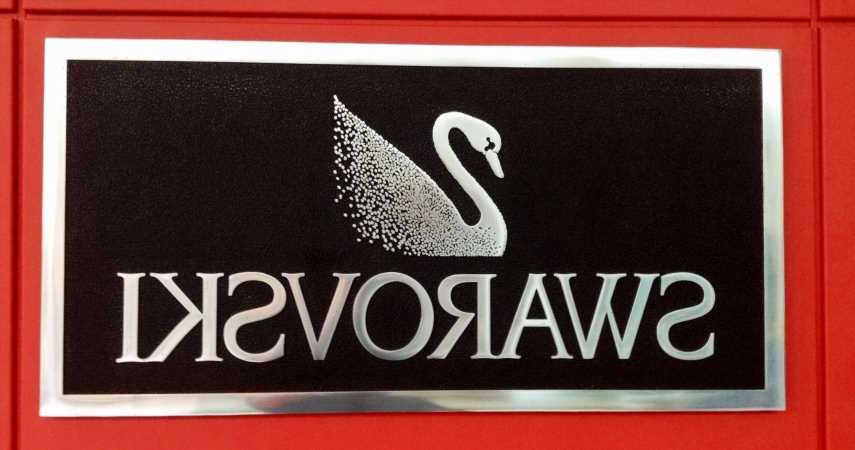 There is no other jewelry company that even comes close to matching up to Swarovski. Since its inception in 1895, the Austrian company that bears the Swarovski name has been dedicated to the art of crystallization. Since that time, illustrious figures like Marilyn Monroe and Beyoncé have been seen donning the brand’s namesake crystals, helping the company solidify its position as one of the most opulent partners in the fashion industry. Here is how Swarovski became one of the biggest names in luxury.

Swarovski’s Early Days In The Business

When Swarovski first started his company, he had already developed a machine that could cut crystals with greater precision than had ever been possible before. In 1891, he submitted the application for the patent and then proceeded to Austria to launch crystal manufacturing there. In the early 20th century, Parisian ateliers started taking note of Swarovski, which in turn inspired designers like Coco Chanel. In the 1910s, Swarovski founded the Tyrolit Group, a manufacturing company that specialized in grinding, drilling, and polishing tools. Not long after that, the brand began to experience significant growth.

RELATED: From College Dropout To A Billionaire: Here’s How Alexandr Wang Became The Youngest Billionaire In The World

In the 1920s, Swarovski crystals became increasingly popular and could be found almost anywhere. The company capitalized on the flapper trend, which led to a rise in demand for its creations. As a result, the crystals became popular decorations in a variety of settings, including American jazz clubs, gowns, and Parisian fashion houses. In 1932, the film Blonde Venus marked the first appearance of the jewelry manufacturer Swarovski on the silver screen. At the time, actress Marlene Dietrich wore a dress that was covered in Swarovski crystals. During the 1940s, the business also established the Swarovski Optik division, which is responsible for the production of a variety of binoculars, telescopes, and other optical instruments even today.

By the 1950s, Swarovski had become an almost impossible brand to avoid. The company worked along with the renowned French fashion designer Christian Dior, and the Haute Couture collection of the Spanish fashion brand Balenciaga featured crystals from Swarovski. In the movie “Gentlemen Prefer Blondes,” Marilyn Monroe wears a lot of Swarovski jewelry, and this is when crystals first started to become popular on the silver screen. The jewelry was also shown on Audrey Hepburn in the film Breakfast at Tiffany’s, and it was later seen on Monroe once more in her legendary “Happy Birthday Mr. President” dress, which Kim Kardashian most recently wore.

Business Boom With A New Era

The 1970s and 1980s marked the beginning of a new era for Swarovski, as, during this time period, the company introduced iconic Swarovski products and opened its very first boutique. The business started producing figurines and came out with its first annual limited-edition Christmas ornament in 1991, beginning a tradition that is still going strong to this day. In 1989, Swarovski decided to replace its previous emblem with the iconic silhouette of a swan, which has since become synonymous with the Swarovski brand. After that, Swarovski came up with the idea for the bespoke cloth, which was afterward utilized by numerous other fashion designers in addition to Vivienne Westwood and Alexander McQueen.

By the turn of the century, Swarovski had solidified its position as one of the most admired jewelry firms in the world. Crystals from the brand have been seen on celebrities during award events, on television specials, in ballets, and even on the stage of the Oscars, which the brand continues to decorate each year. But this was not the end of Swarovski’s journey into the world of innovation. Both the Swarovski Waterschool, which helps provide access to clean water, and the Atelier Swarovski, which cooperated with the likes of Karl Lagerfeld for a couture crystal collection, were both launched by the firm. The Swarovski Waterschool helps ensure access to clean water.

Why Is Swarovski Considered to Be the Pinnacle of Luxury Symbolism?

Simply put, there is something about Swarovski that sets it different from other brands and makes it one of the most successful brands in the world. If you have ever visited a Swarovski luxury showroom, no matter where in the world it may be, you have experienced the mesmerizing atmosphere that is both tactile and genuine. You are in no doubt whatsoever that you have entered a Swarovski shop. This luxury brand has carved out an identifiable enclave for itself among the most discerning consumers of high-end goods from all over the world.

As a result of adhering to the highest standards, Swarovski is able to offer an incredible variety of luxury products that exude quality, craftsmanship, and creativity even after all of these years. These products include high-quality crystals, genuine gemstones, created stones, as well as finished products such as jewelry, accessories, and lighting. Commitment and reliability are at the heart of what it means to experience true luxury.

Even though it has been 127 years since the company was established, Swarovski has managed to keep its allure. The beautiful crystals that Swarovski continues to produce on a constant basis are what give the costumes of some of the most powerful people in the world their signature shine. People are unsure of what the immediate future holds for Swarovski, but they cannot wait to find out!

READ NEXT: What Makes Steven Spielberg The Highest-Grossing Moviemaker Of All Time ($10.6 Billion)