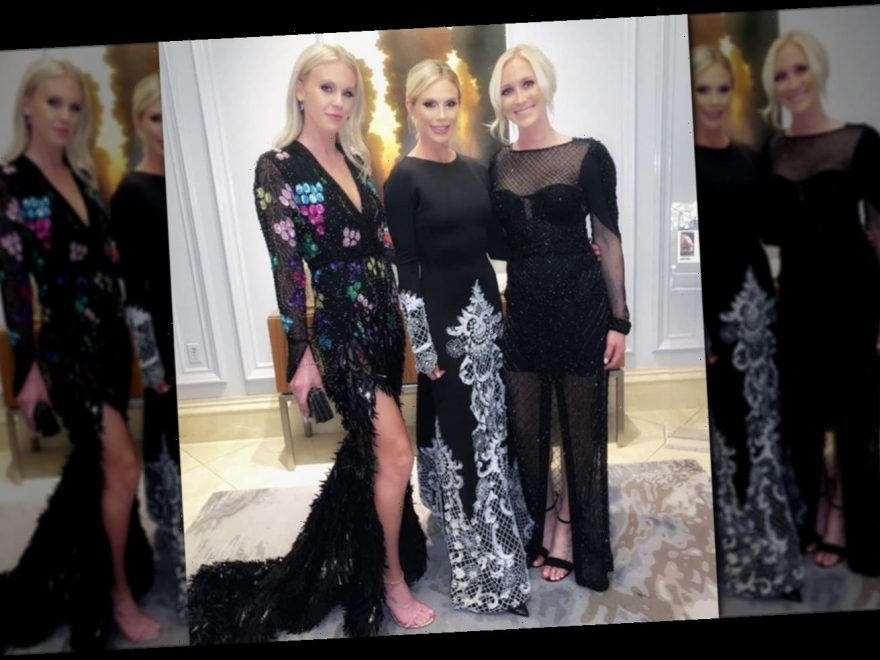 Reality show The Bradshaw Bunch gives fans an insight into NFL legend Terry Bradshaw’s post-football home life, on his stunning 800-acre ranch alongside fourth wife, and love of his life, Tammy, and their three daughters; Rachel, Erin, and Lacey. As Bradshaw deadpanned during the season premiere (via E! News), “I got three girls, which means I got three problems.” Right off the bat, Bradshaw has to contend with convincing Lacey to move to Texas, helping Rachel get her real estate career off the ground, and dealing with the breast augmentation Erin got (but neglected to tell her father about).

Being outnumbered clearly suits the retired athlete, however. He relishes getting involved in, and solving, everyone else’s problems, even if he’s adamant the Bradshaws aren’t the Kardashians. The Bradshaw Bunch will make all of his girls household names in their own right, so it’s only fitting we get to know them.

Rachel has been through a lot

As E! News notes, Rachel is the eldest Bradshaw daughter. A singer with reality TV experience, having previously appeared on the short-lived show Nashville, Rachel also has another NFL connection outside of her father. She was married to Tennessee Titans star Rob Bironas, with the couple tying the knot back in 2014. Sadly, he died just three months later in a car accident. The Tennessean notes the couple met at a breast cancer benefit in 2012.

Rachel admitted to the New York Post that she wasn’t sure she wanted to discuss the tragedy on the show. However, she realized, “This is my life and everyone that’s close to me knows my struggles with my journey the past six years, and so of course I’m going to talk about it.” However, she notes, “I wouldn’t have done that though if it wasn’t with my family and my dad there.”

Erin is a champion equestrian

Erin is the youngest Bradshaw daughter, a competitive horse-riding enthusiast who’s been married to Scott Weiss since 2017, according to E! News. Weiss owns Scott Weiss Horses, a company that produces foals and trains them to be championship horses, per The Cinemaholic. The couple shares a dog named Chuck and a horse named John Simon, a Reserve World Champion who frequently pops up on Erin’s Instagram.

She had plenty of great stuff to say about her famous father in an interview with E! News, explaining how, growing up, she never saw him as anybody but Dad. She completely understands why he’s so beloved, too. “His personality is, you know, to the moon-and-back. I don’t think you can be around a more vibrant, positive person with just such a big love for life,” Erin gushed. However, she did reveal her father’s greatest fear: the ocean.

Lacey fits right in with the rest of the blonde-haired Bradshaws, but she’s actually Terry’s stepdaughter. Tammy had Lacey with ex-husband David Luttrull. However, she’s 100 percent a part of the family, and has been since 1999, when her mother first hooked up with the NFL icon, per The Cinemaholic. Lacey married the love of her life, private chef Noah Fox Hester, in 2016. She has a daughter, Zuri, from a previous relationship, but there aren’t a lot of details there. Meanwhile, she and Noah had their first child, Jeb, in 2017.

Lacey sees her famous stepfather as a fountain of wisdom, telling E! News he’s “extremely wise.” As she noted, “That’s why we all come to him for advice.” Echoing her sisters’ sentiments, however, she confirmed that at home “he’s just Terry.”