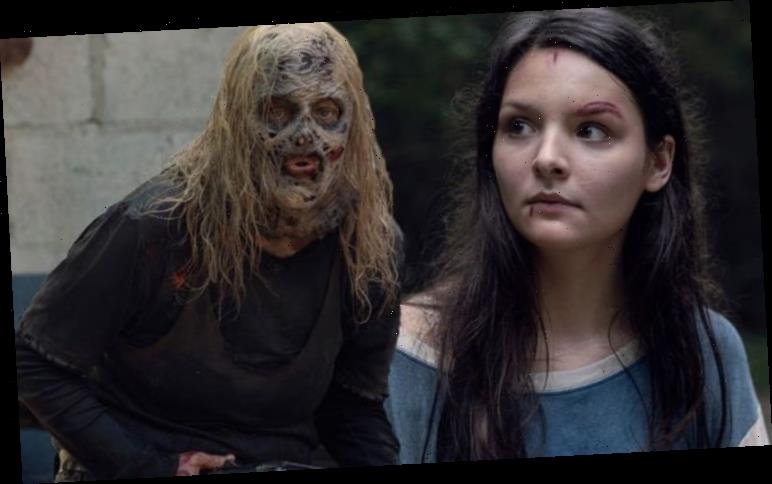 Tonight’s The Walking Dead saw Daryl (played by Norman Reeds) track The Whisperers as he tried to find another entrance to the cave where Connie (Lauren Ridloff) and Magna (Nadia Hilker) are trapped after episode nine’s tragic instalment. However, as he tracked the “skins”, he encountered Alpha (Samantha Morton), badly injuring her in the process. However, Daryl suffered wounds of his own and struggled to get away from her.

Fortunately for fans it seems Daryl will survive his encounter – he managed to make his way to an abandoned gas station.

He was caught up by Alpha, who tried to attract walkers to the building to attack him but he managed to kill them without being bitten.

Both Alpha and Daryl were exhausted and losing a lot of blood so could been seen going in and out of consciousness.

At one point it looked as though Alpha was close to killing Daryl, who appeared to have no escape and very little energy to fight back. 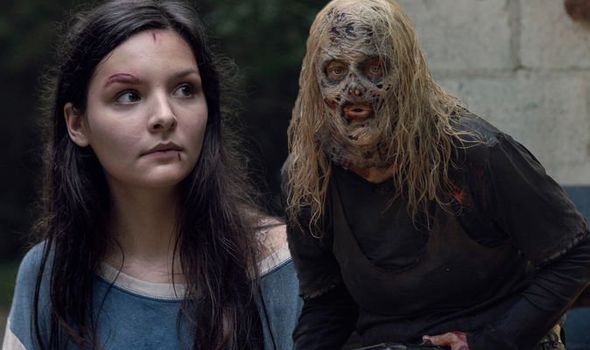 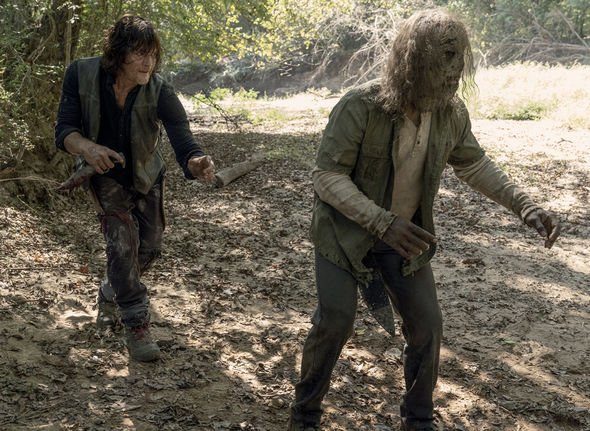 But Alpha collapsed on the floor of the garage, coming back into consciousness when her daughter Lydia (Cassady McClincy) arrived at the gas station.

She appeared thrilled her daughter had returned to her, praising her and even telling her to go back to The Whisperers to lead them in her place.

Alpha even clutched at her knife, wrapping Lydia’s hand round the handle and asking her to push it into her chest.

But Lydia refused, telling her mother she’d been wrong all along – those who did not want to be a Whisperer was not the enemy. 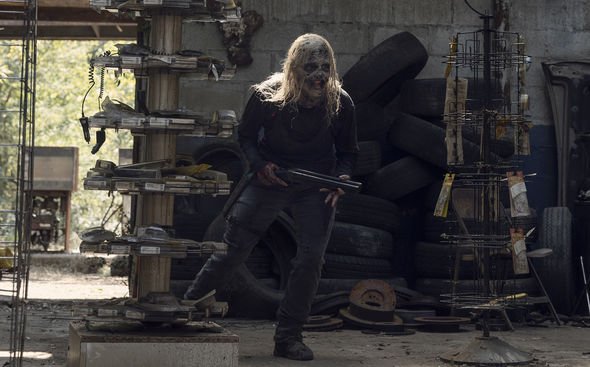 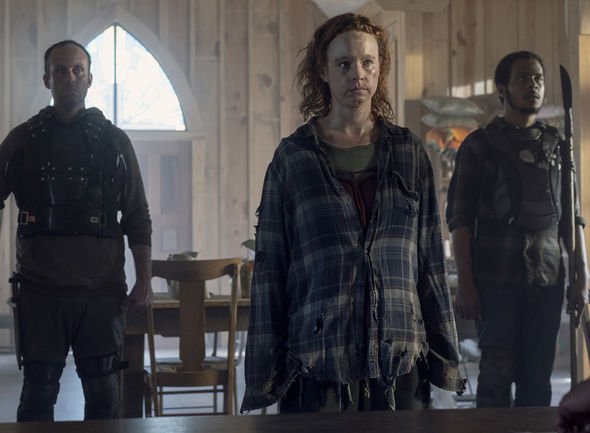 She told her mother she wanted to be part of Alexandria and live with humans – not those who were pretending they were dead like the walkers.

Alpha was clearly devastated as Lydia continued, telling her she was not returning for her mother but to rescue Daryl.

Later in the episode, Alpha could be seen being rescued by her followers while Daryl woke up in the woods to find Lydia was caring for him.

It transpired she had been following him and had decided to help him locate Magna and Connie as well as assist the Alexandrians defeat her mother.

Alpha meanwhile now seems more determined than ever to destroy the survivors at Alexandria, the Hilltop and Oceanside.

After being abandoned by Lydia, it looks like she no longer wants to protect her daughter either – could Lydia’s betrayal have sealed her death?

Alpha isn’t afraid of doing what she needs to in order to show her authority to her followers, who already think Lydia is dead.

Meanwhile, as Alpha and Daryl fought for their lives, Alexandria came under attack.

After Gamma turned up at their gates, Beta (Ryan Hurst) quickly turned up in the middle of the night making his way into the camp.

He killed many residents of Alexandria before trying to take Gamma back to The Whisperers camp with him.

Unfortunately he had to flee when he and Gamma were attacked by some of the survivors.

Gamma was returned to Alexandria and given permission to go to Hilltop to reunite with her nephew after helping to save Rosita (Christian Serratos) and Judith Grimes (Cailey Fleming) during Beta’s attack.

The Walking Dead continues Sundays on AMC in the US and on Mondays on FOX at 9pm in the UK.