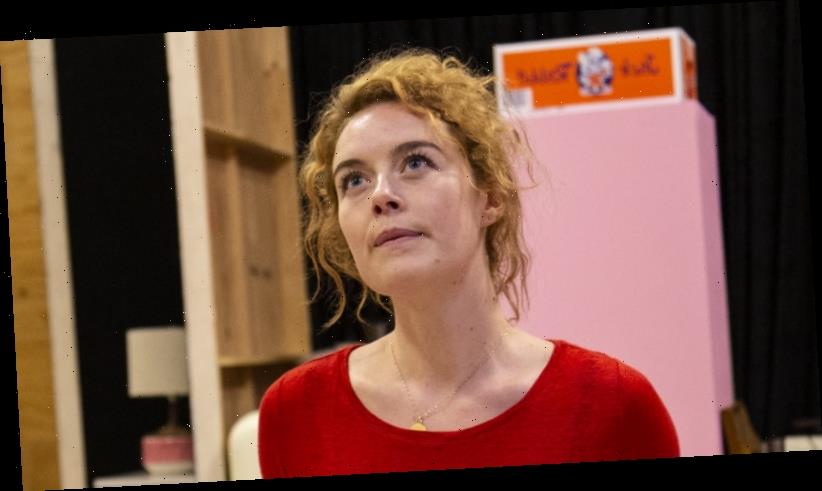 Theatre is the chanciest of all forms of art and entertainment though, arguably – when it does work – one of the most rewarding.

While the big-budget, big-event shows – the musicals, Harry Potter at the Princess Theatre – can be relied on to entertain, let's survey some of the offerings on the Melbourne stage this year that look like they'll be a good bet. 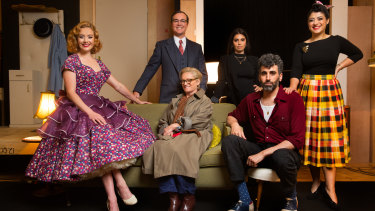 In late January, the MTC is presenting the first Australian production of the London hit Home, I’m Darling with Jane Turner and Nikki Shiels. You may think West End hits have in-built limitations (but do they?). Jane Turner, one of our greatest comedians, certainly doesn’t: she can act the pants off anybody and it happens to be the case that everything she’s done with the MTC has been worth seeing not simply because of her own skills but also – pretty discernibly – because of the shrewdness of her choice of plays. It’s also the case that in Home, I’m Darling she’s paired with Nikki Shiels who on most days is one of the best younger actresses we have: swift, sensitive, riveting to watch with her beauty and her quality of grace and pinpoint seriousness.

A couple of weeks later, from early February, is the first play by the comprehensively talented Benjamin Law. This one is at the Arts Centre and is directed by Dean Bryant who also seems happiest when his material can burst into song. The star here will be Fiona Choi.

The Importance of Being Earnest: February 14 – March 8 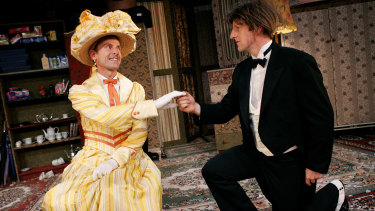 Jon Haynes and David Woods in The Importance of Being Earnest.Credit:Tristram Kenton

On the other hand, if you want a very safe bet go and see the Malthouse’s rerun of Oscar Wilde’s The Importance of Being Earnest. It's the greatest comedy in the language with a total absence of moral weight, performed by that comic duo of genius Jon Haynes and David Woods. This is a revival of their lightning inhabitation of the entire cast of characters in Wilde’s idiot comedy first seen here in 2008. It’s an absolute winner. Not inferior to any Earnest, including the classic Dame Edith Evans film.

David Williamson’s Emerald City is back at the MTC in a co-production with Queensland Theatre, which has been run these past few years by Sam Strong. It is not a classic like Wilde's play, but has proved its durability since it was written in 1987, and this one comes with the great Nadine Garner, with whom Strong is especially adept. Her partner in this one is that well-known Sydney actor Rhys Muldoon.

Opening for the MTC just after Shakespeare’s birthday, Joanna Murray Smith's new play has an audacious title, Berlin. Ah, that was a rightly famous Lou Reed album, wasn’t it? And it figured rather mightily in that Isherwood novel which turned into Cabaret, didn’t it? Not to mention the wall that came down 30  years ago in that most tragically divided of places. Murray-Smith sometimes divides audiences, but the reality is that nobody can be as steadily prolific and ambitious as she is without running the risk of unevenness.

But a new play – not least one invoking history like this – is something that has to be seen. It stars Grace Cummings and is directed by Iain Sinclair.

Are there any takers for another Macbeth? It’s not so long ago that Simon Phillips brought us a Scottish play that had a superhero star, Jai Courtney. The intriguing thing about this production is the subtitle (This Ignorant Present is a quotation from the play) which suggests some sort of inventive fiddling around and the presence of that redoubtable actress Zahra Newman, suggests something different is going on. No, she is not a gender-crossed tragic murderer but the novelty here is that she and Scott Shepherd play all the characters together with a young child actor. The play is, of course, a minefield, and all sorts of great and notorious actors – Peter O’Toole and Frank Thring amongst them –have met with catastrophe in its vicinity.

Do Not Go Gentle is a contemporary classic (if that’s not too much of a paradox) and this new Malthouse production coincides with the general perception that Patricia Cornelius is a very big-time playwright indeed, with recent productions of Shit and Love confirming this. Do Not Go Gentle, with its Dylan Thomas title, is written to a startling storyline. Some members of an old people's home, their memories and faculties failing, battle for human dignity and integrity and then, with the stroke of Patricia Cornelius’s audacious, drastic wand, discover that they are, as in a dream (or within the confines of some enduring myth which reveals the tragedy and heroism of human life) re-enacting in all its plangent glory, the story (once familiar to all older people because it was one of the oft repeated fables of long-ago childhood) of Scott’s last expedition to Antarctica. Cornelius did an adaptation of that stark and densely symbolic masterpiece of dramatic poetry The House of Bernarda Alba in 2018, which was superior to the production it received from the MTC, and it will be interesting to see how much this Malthouse production, directed by Susie Dee – which includes Shane Bourne and Julie Forsyth in the cast – compares with the original production at 45Downstairs with such veterans as Jan Friedl and Terry Norris.

It’s always a potentially problematic thing when a big musical gets its local run not with big commercial backers (who have a vested interest in ensuring that they duplicate the magic of the America original in order to recoup on their investment) but instead rely on a state company’s subsidy. And the MTC has always given a privileged status to Dean Bryant so it will be fascinating to see what he does with a piece of contemporary musical theatre like this. This one is about a cartoonist who broods on haunting family memories and what her father was really yearning for. This Sydney Theatre Company co-production stars Lisa McCune and Lucy Maunder. 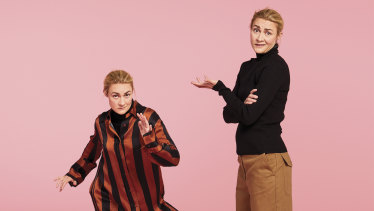 Julia Billington in Bell Shakespeare’s The Comedy of Errors.Credit:Pierre Toussaint

The Bell Shakespeare Company has tended to not go down well in Melbourne. Their last highly successful bit of the bard was A Midsummer Night’s Dream with Julie Forsyth as an aged crone-like Puck, Richard Piper as Bottom and that beautiful-voiced Islander Ray Chong Nee as Oberon. The Comedy of Errors is in the minority of Shakespeare’s plays inasmuch as it is not a masterpiece and it plays all too endless tricks on the fact that it has two sets of master and servant doubles.

Then again, Lenny Henry did it in Britain a few years ago pretty bearably. Maybe worth a look.

In August Sarah Goodesis having a go at a play that has become central to the dramatic repertoire and which is revived as often, if not more, than any play that belongs to the post-Beckett, Tennessee Williams, Arthur Miller heyday. It was directed for the STC by the late great Philip Seymour Hoffman and this version of True West has the great advantage of featuring Josh McConville who was staggeringly good back in 2014 in Brendan Cowell’s The Sublime. Sam Shepard is the greatest American playwright of his generation – probably the greatest since Edward Albee. And this play about two competitive brothers has been one of the great two-handers of the theatre ever since Tommy Lee Jones and Peter Boyle first did it in New York in 1980. Shepard had the advantage of being a supreme naturalist with a total mastery of the ins and outs and subtle shadings of American speech, without being just a naturalist by any means. This play, which can be a thrilling introduction to the theatre for any teenager who watches it, is overdue for a Melbourne revival. So, do see it come August.

In September and October, the production of As You Like It, again for the MTC, with Christie Whelan Browne as Rosalind may well turn out to be the stand-out production of the 2020 season. Simon Phillips is on the lush populist side of the Shakespearean spectrum – gaudy, gorgeous and crowd-pleasing – but one of the virtues of his productions of the happy comedies is that they highlight the lightning mastery of comedy that Whelan Brown has had on show since she payed Gwendolen in The Importance of Being Earnest. Last summer she played Olivia in Twelfth Night and in As You Like It she’ll be playing another, and arguably the greatest, of the Vanessa Redgrave roles, Rosalind, in this delicious heart-tugging comedy about that mob of dreamboats who seek refuge in the Forest of Arden. And how Rosalind pretending to be a boy pretends to be herself for the benefit of Orlando who is madly in love with her. As You Like It is a super-saturated delight of a show – spectacularly scenic in what the language summons up and almost a musical in its lushness. The real magic of Whelan Browne is not that she is a gorgeous blonde (though she sometimes is) but the fact that she can toss out a quipping line with the sort of high mathematical timing reminiscent of Dame Maggie Smith. Almost everyone loves As You Like It; it includes the great speech about the ages of man, "all the worlds a stage", uttered by the melancholy Jaques and arguably the richest and most likeable group of characters Shakespeare ever conjured up.

Oh yes, and for anyone who likes it, there’s Go to Hell, Michael Kantor’s anthology of musical horrors for the stridently talented Paul Capsis, if that’s your poison. When he’s good, he’s captivating, and when he’s bad…

In October at Malthouse’s Merlyn.

Coinciding with the spring carnival season (for no particular reason) there’s a stage adaption of Christos Tsiolkas’ Loaded, which will be fascinating to see after his recent moral novels, culminating in Damascus, about St Paul. Loaded will also answer the question of how you do rough improvised gay sex on stage or how you indicate its acrobatics and atmosphere. This production has the distinct advantage prospectively of being directed by Stephen Nicolazzo, famous for his ensemble work.