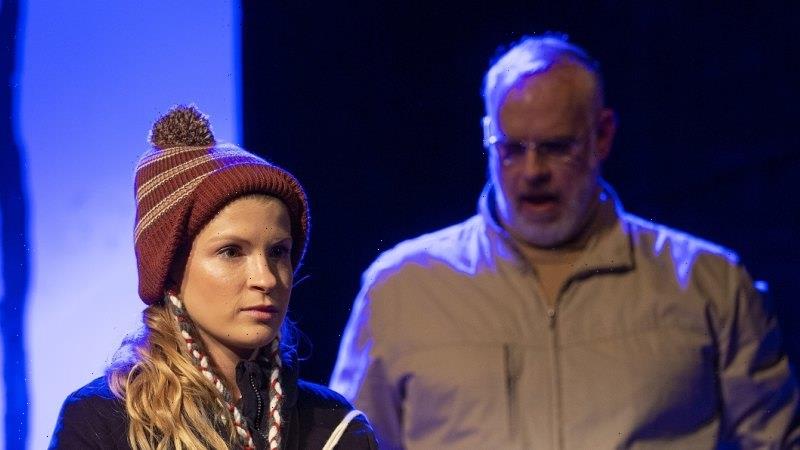 Susie Salmon is dead. That’s not a spoiler. She admits it herself, with youthful levity. Then she tells us, in unflinching detail, how it happened. We’re only five minutes into this reverse murder mystery and it’s all wrapped up, case closed.

Except, of course, if you’re still alive the story has only just begun. This is the insight behind Alice Sebold’s bestselling novel The Lovely Bones, presented here in a knockout adaptation for stage by Bryony Lavery. Sebold’s superb device, her switching the perspective from the sleuth to victim, does not dilute the thrill of the chase. 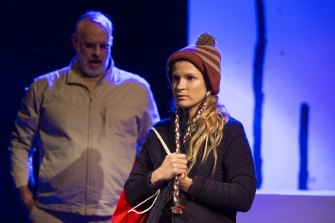 Sarah Maguire is more than equal to the demanding central role.Credit:Bob Seary

On the contrary, the suspense bites keenly as Susie watches her family and friends getting nearer, then further, then nearer again, to the truth. Susie’s tragedy becomes the starting point for myriad individual stories, rippling out into a revelatory exploration of grief and growing up.

The role of Susie Salmon holds the densely woven plot together. Although the central character is often just an onlooker, she is on stage for almost the entire play. It’s a big burden for one actor, but Sarah Maguire is more than equal to it. She nails Susie’s wistful innocence and childish dismay, gracefully navigating the journey from disbelief and grief to acceptance and even joy as life goes on without her. The audience shares her emotion as she watches her parents, her brother and sister, her friends and her murderer, unravelling each in their own way.

Cassady Maddox Booth imagines the unimaginable as Abigail, the bereaved mother, while Ted Crosby uses his physicality to portray her father, Jack’s, obsession. Meanwhile Naomi Belet, as Susie’s sister Lindsay, carries the weight of Susie’s wish fulfilment with a fierce and moving poise. The cast is consistently strong, with standout performances from Natasha McDonald and Lisa Hanssens.

Director Deborah Mulhall handles the crowd skilfully, creating parallel stories using a set (Robyn Arthur and Gareth Ernst) based around different levels. Under, over, above: it’s simple but effective, and the fireman’s pole Susie uses to nip down to Earth from her heavenly lookout, is ingenious.

The Lovely Bones is a cracker of a play that blows up our very current obsession with procedural crime dramas and whodunits to refocus on the real puzzle, ie life and how to live it.

TV, movies, Find out the next TV, streaming series and movies to add to your must-sees. Get The Watchlist delivered every Thursday.