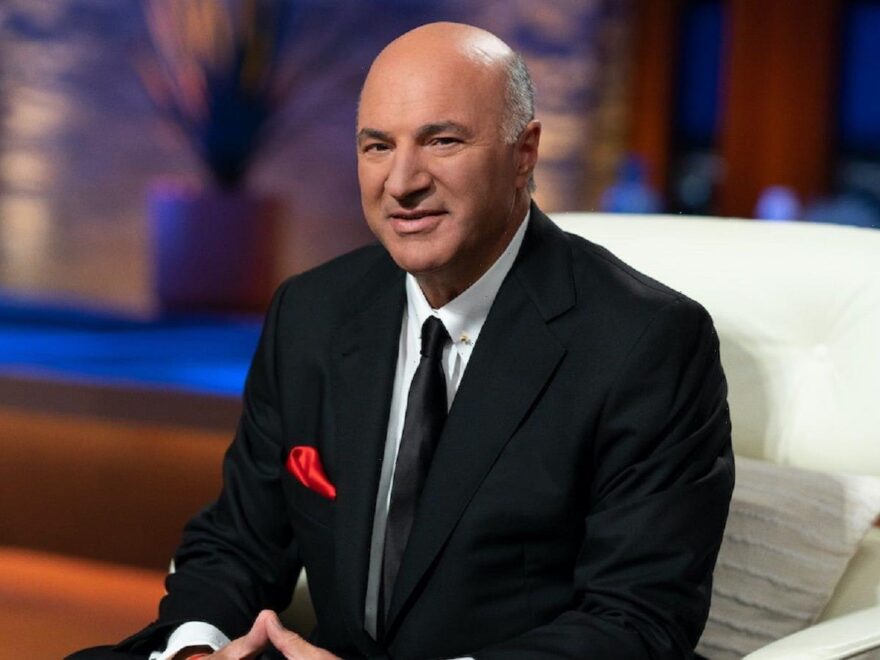 Mr. Wonderful Kevin O’Leary is one of the most prominent deal investors in shark tank history. The 2009 American business reality show is the counterpart of the international program format Dragon’s Den originated in Japan in 2001. Same premises as the U.S. version of the show, they negotiate and break deals with budding business people. The shark who has gigantic watch collection currently has a net worth of $400 million.

He became one the most successful investors of the show with total investment of $8.5 million in Shark Tank deals. . The abrasive investor gained a reputation on the show by preferring deals in which he loans entrepreneurs money in exchange for future revenue rather than taking a share of the company and making it one of his trademarks. Here are Kevin O’Leary’s investments on Shark Tank

RELATED: The Ring Story: From A Rejected Shark Tank Pitch To A $1 Billion Deal With Amazon

Kevin O’Leary took a leap of faith in making a deal with Alex Craig. Mr. Wonderful told Alex Craig and his partner Riad Bekhit that there are enough people out there that will go with their product. Alex and Riad had the quirky idea of sending anonymous messages on potatoes. Customers will create a message, and the company will ship the letter written on a potato to the recipient.

Standard messages cost $9.99; they can print photos and postcards on a potato. The two presenters claim a sale of $10,000 a month, and Kevin O’Leary helps them juice their product out in the market with a $ 50,000 investment for 10% equity in Potato Parcel.

Le-Glue is a semi-permanent glue that binds Legos and other building blocks together. Tripp Philips invented the product, and along with his father, they pitched their product to the Sharks. He came up with the idea of creating non-permanent glue for building massive Lego models to keep them together for a while, and the adhesive dissolves when soaked in warm water for 30 seconds. They granted the 13-year-old boy Philips a patent for his genius invention, making him the youngest person to be given a U.S. patent.

Founder Matt Alexander and his brother-in-law Michael Kannely sought a deal of $ 100 000 for 15% of their company. Illumibowl is a LED light that clips onto the side of the toilet and serves as a guiding light in entering a dark bathroom to prevent the discomfort of turning on a bright light. They boasted a kickstart sale of $ 100 000 for $ 19.99 a piece and costing a packaging and assembly of $ 3.98.

For them wanting to open an online store, they went on to pitch their product on the Sharks Tank, which delights one of the Sharks, Kevin O’Leary. Kevin offers them a closing deal of $ 100,000 for a 25% stake in the company.

Pregnant at that time, the founder of Snarky Tea, Jenni-Lyn, got her chance to fly to Los Angeles and present her product. Snarky is an excellent way to describe the tea product for every situation, with explicit names. At first, Kevin O’Leary mentioned that her products only drive women, and she intended to do so. But Kevin doesn’t want to cut the market in half, and Jenni-Lyn defended herself to Kevin.

A guest Shark, The Real Housewives of New York star Bethenny Frankel, said that most women buy tea, but two male Sharks countered her statement as they always bought tea. The three Sharks drove into confusion for the product but not for Kevin. Kevin plugged a deal of $ 150,000 for 50% of the stake.

Jason Grohowski and Mike Bolos were seeking a $ 150,000 for 7.5% deal for their DeskView on Shark Tank. Their product offers a space-saving solution for offices that has small spaces. With the help of DeskView, anyone can clear up space on their desk with an attached function on the window.

Some Sharks don’t see the product as an all-day desk but can be interesting for commercial space. Kevin’s thoughts are the same, but he changed his mind and offered a deal for $ 150,000 for a 20% equity stake, and that closed the deal.

BenjiLock is a rechargeable padlock with the feature of fingerprint access technology. The padlock has a different security system using a fingerprint instead of a traditional key. As Robbie Cabral hoped to close a deal with his product, the product immediately gained the attention of the Sharks and landed the deal with Kevin O’Leary.

The product has gone to be an excellent deal for O’Leary, for the company has expanded its line of business and has an estimated value of $ 4 million.

Wombi Rose and John Wise were the designers and founders of Lovepop, which designs unique 3D greeting cards for all occasions using CAD software. They pitched their product on Shark Tank in its Holiday Special episode.

With the help of their engineering backgrounds, they discovered the art of paper sculpting while working on their project at their grad school in Vietnam. The product had a deal with Kevin O’Leary, and the company had already seen revenue of $40 million.

One of the best deal websites for parents is the Certifikid by blogger and mother Jamie Ratner. She was using Groupon as a customer and an advertiser, leading her to start a copycat of the site, citing the same deals that cater to families with children.

She pitched her business with her husband Brian Ratner on Shark Tank and $600,000 for 8% of their company. But they landed an offer with Kevin O’Leary with a 19% equity instead.

Boost Oxygen provides the same benefits as a typical energy drink without chemicals added and additives. Its main goal is for athletes for their recreational sports and not the idea of replacing the need for medical oxygens. Boost Oxygen was founded in 2007 by Rob Neuner. Rob and Mike Grice went on the tank to boost their product.

They sought a $ 1 million investment deal for 5% of their business. But Kevin raised an offer of a $ 1 million loan with a 9% interest and wants 7.5% equity in the company. After a long bargain, they ended up with a 6.25% equity and loan at 7.5% interest, closing the deal.

Zipz by Andrew McMurray is a single-serving wine pitched on the tank in its 613 episodes. Andrew seeks $ 2.5 million for 10% equity for the business. Kevin O’Leary got on his feet and began throwing many questions at Andrew. The Sharks ask how Andrew’s Zipz is different from other options. Andrew batted its shelf life that Zipz could last for a year.

After Kevin asked too many questions, he offered him a deal of $2.5 million for 10% if he got them into COSTCO. Andrew went out for a talk with his partners and explained the value. When Andrew returns, he accepts the offer, making it the biggest deal in Shark Tank’s history.

READ NEXT: The 8 Biggest Deals On Shark Tank Ever, Ranked