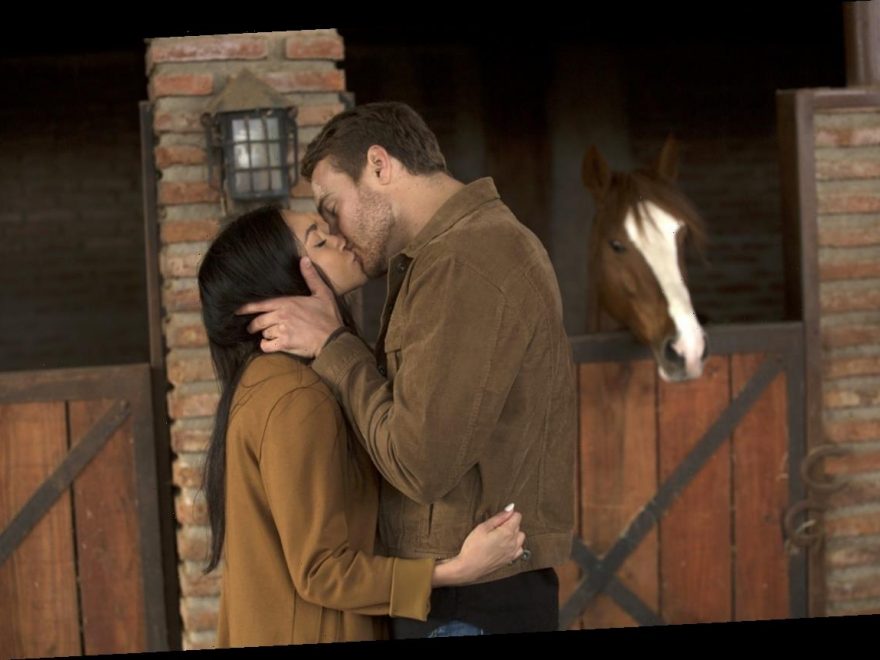 Chris Harrison might not be exaggerating when it comes to this season of The Bachelor. The drama has been non-stop and previews for Fantasy Suite week proved that Monday, Feb. 24’s episode would be no different. It didn’t take long for tweets about Victoria F.’s Fantasy Suite date to erupt all over the Internet.

Let’s recap the date, shall we? It started with a stunning helicopter ride in Australia, where the couple took in epic #views of waterfalls, before sitting near the top of one and talking about the twists and turns of the season — particularly, how their lack of communication has made their relationship more difficult. At this point, though, it seemed like Fantasy Suite week was going to be when Peter and Victoria F. were able to get past the drama and look ahead.

The good and romantic vibes continued into dinner, where food (That was likely not eaten. Let’s be real.) was put on a small table surrounded by tons of candles. The two sat down and started communicating, and that’s when things got real. Victoria F. told Peter how her past has made her feel like not enough, and began to open up to her potential husband. She was honest about her struggles, and wanting to not push away love or Peter when she’s struggling the most.

The heavy conversation? Check. The chemistry? Check. The tears? Also, check. As the two headed to the Fantasy Suite, it was clear that this was the couple’s best date on the season yet. However, Twitter was a mixed bag of emotions about the entire thing. Some Bachelor Nation members were still not impressed by the couple’s relationship. Others took to the trending memes and GIFs to express their reactions to the date and all the drama they’ve been through to get to this point.

Take a look and see which tweets make you say, "Same."