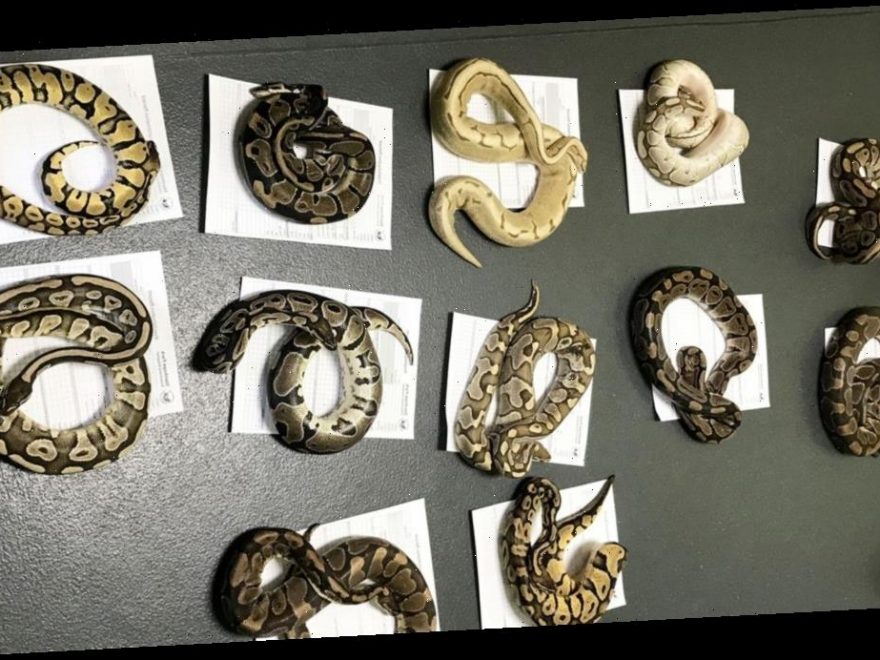 A shocked member of the public found 13 snakes inside two Buzz Lightyear pillowcases dumped on the street after they noticed the children's bedding was wriggling.

The passerby made the alarming discovery when they spotted the Toy Story-themed pillowcases while walking past a fire station in Sunderland, Tyne and Wear, on Thursday.

The RSPCA were called and an animal collection officer recovered the creatures, which were identified as pythons from Africa.

RSPCA officer David Dawson said: "When I opened up the pillowcase, there was a bundle of snakes inside.

"It must have been a very strange discovery for the people who found them.

"They were abandoned next to a bin round the back of the fire station and left in extremely cold conditions.

"Reptiles like snakes are completely dependent on their owners, who need to provide them with the correct environment, including heating and lighting, so abandoning them like this leaves them very vulnerable.

"It's quite unusual for someone to have this many pythons and to abandon them in what appears to be a child's pillowcase."

One of the snakes sadly died but the others are receiving care and attention at a vets in Darlington before they are taken to a specialist reptile facility.

If snakes become too cold they may not be unable to feed or move normally, and their immune system will not work properly to fight disease, meaning the animals can become very ill.

The charity says reptiles often end up in their care after people realise they are not easy to care for, or once the novelty wears off.

The RSPCA are appealing for information and urge anyone who might know anything to contact them on their appeal line at 0300 123 8018.