The emotional and time-skipping saga of NBC’s This Is Us concluded after six seasons on Tuesday evening. To make the the series’ final chapter even sweeter, the last moments of the Pearson family undeniably ruled primetime ratings.

The series finale, simply titled “Us,” delivered an impressive 1.2 rating in the 18-49 demo and more than 6 million viewers. Only building on the previous weeks’ traction, This Is Us went out with a bang with its ratings besting that of its season premiere in January (1.0, 5.26M). The final episode also topped the Season 5 finale by four-tenths in the demo and nearly one million viewers. For comparison, This Is Us debuted in 2016 to a 2.8 demo rating and 10 million viewers. Six seasons, multiple changes in the television landscape and a pandemic later, This Is Us remained a ratings juggernaut for NBC. Read how the network wrapped up the family drama and what creator Dan Fogelman had to say about potential spinoffs.

While This Is Us was the headline event for NBC, the network also bid farewell to Young Rock and New Amsterdam. In the preceding hour, Young Rock had a two-episode sendoff (avg. rating 0.4, 2.26M) that was up from the previous week in both measures. The Dwayne Johnson origin comedy has been renewed for a third season. At 10 p.m., New Amsterdam (0.5, 3.49M) got a nice boost from This Is Us to win its hour. Both those NBC titles were stable in the demo from their season premieres.

Also wrapping up some of its primetime series was CBS, which bid farewell to the current seasons of FBI: International (0.4, 5.13M) and FBI: Most Wanted (0.4, 4.58M). Both those series dipped from both the previous week and their Fall 2021 season premieres.

Wednesday has even more finales in store those the season enders of Survivor and NBC’s OneChicago slate. Fox debuts MasterChef: Back to Win. 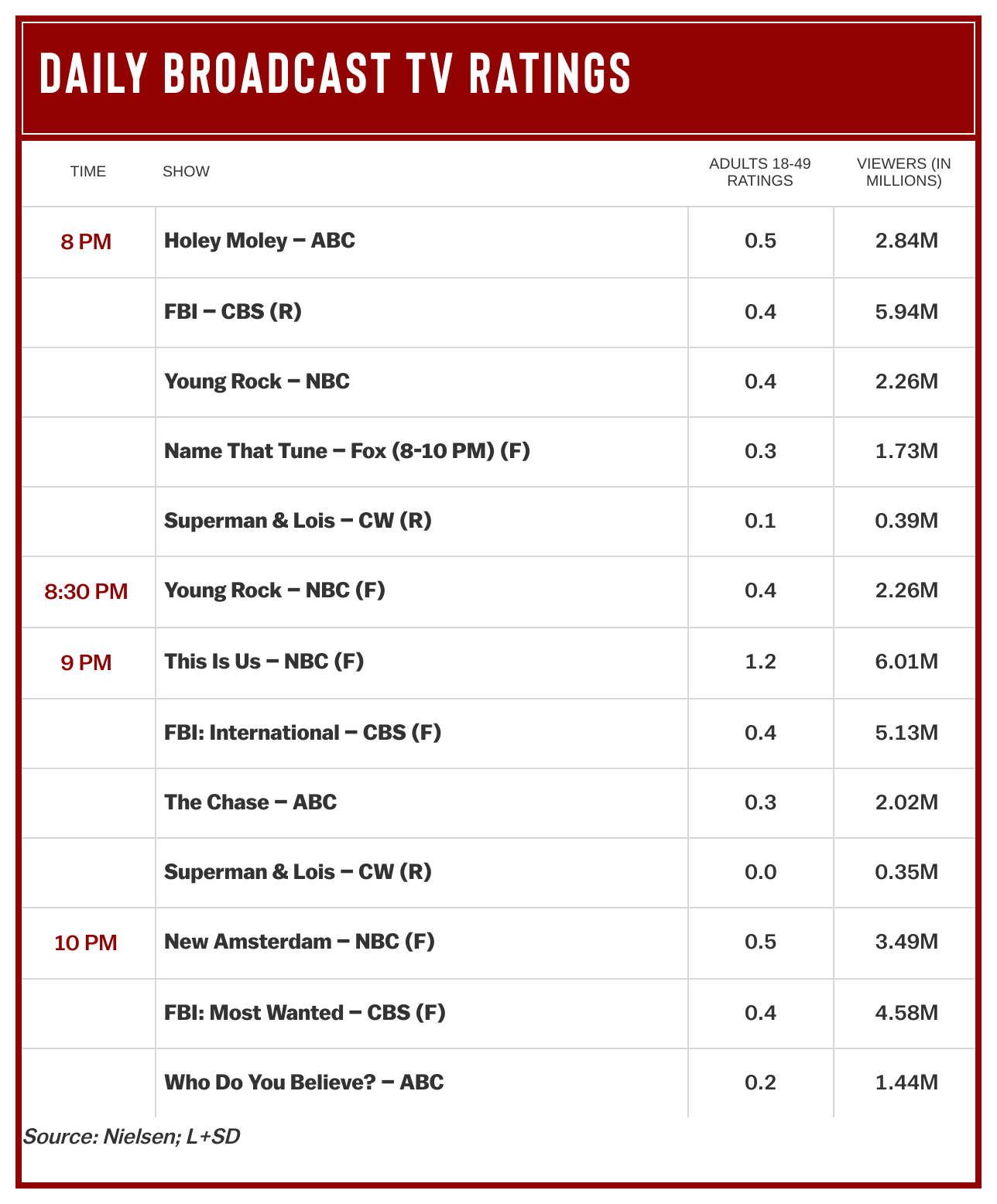 Depp Returns To Stand In Effort To Rebut Heard’s Claims: How To Watch