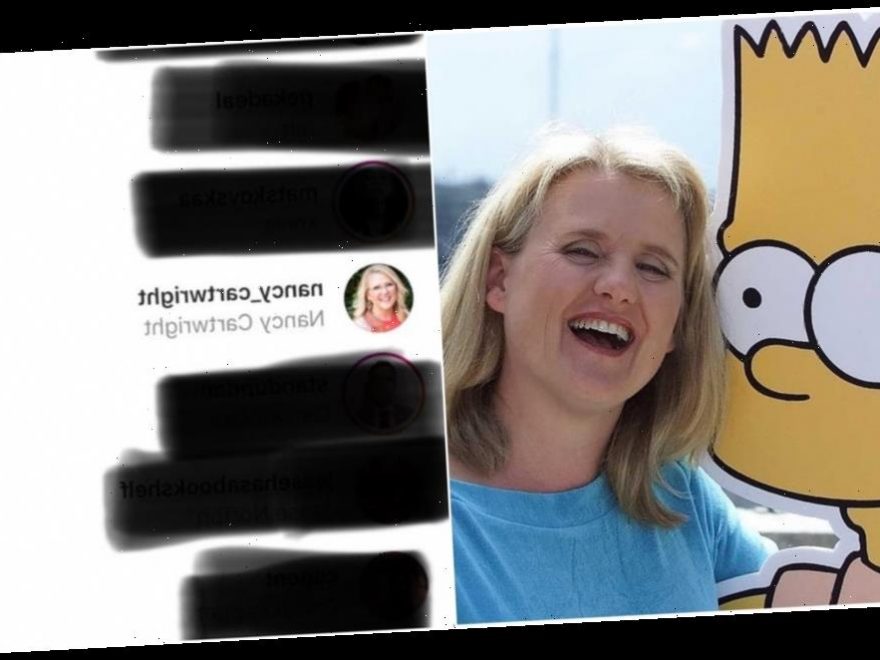 Seemingly thousands of people are baffled because the voice of Bart Simpson — Nancy Cartwright — is watching their Instagram stories. The weirdest part? She doesn't even follow them.

A Twitter search for "nancy cartwright stories" brings up an almost endless scroll of people wondering why the voice actress is so interested in their mundane lives. Results go all the way back to January.

"Why does Nancy Cartwright love my instagram stories so much?" asked one person. "Like yo … you are Bart. YOU RAISED ME."

"Ever since I made my insta public, Nancy Cartwright has been regularly watching my stories but doesn't even follow me," said another. "What a world we live in."

The most likely explanation sadly isn't that Cartwright is trawling through Instagram stories to find new friends. Rather, it's probably a ploy by whoever is running her social media to increase her exposure and engagement.

David Mack at Buzzfeed News found that her followers have increased from 65,000 to almost 85,000 since the bizarre experiment started.

It's also not caused by someone laboriously going through strangers' Instagram pages and looking at their stories one by one. Cartwright's social wizard has almost certainly set up bots to view multiple posts at once.

CoinDesk editor John Biggs explained on Twitter that bots can be set up to show interest in certain keywords, and show up as a view in hopes that the person seeing it will be interested enough to go onto their profile follow them.

"The real mean ones will follow you for a few hours, wait until you follow back, and then unfollow," he said.

StudioBe CEO Brandon Relph said when he researched these bots last year, Instagram did not limit how many stories one account could watch at once or the total viewed over a certain period of time.

"[Not gonna lie] thought they would have fixed it by now," he said.

A Sam Sheffer video from October 2019 walks through how accounts play this trick.

"The idea here taps into basic human psychology in order to get followers," Sheffer explained. "Let's say you get 70 to 100 story views on your stories regularly, and all of a sudden you're getting 2, 3, 400 story views. You're going to notice who's new, and you're going to tap on their profile and see, 'Woah, they're verified. Woah, they have a lot of followers — let me follow them.'"

Essentially, it's "growth hacking," which was a method reported in TechCrunch in August 2019 when a lot of Russian accounts were popping up on people's watch lists. Instead of spamming people with mass liking or mass following, which have limits, accounts are turning to "mass watching" which apparently has no cap.

An Instagram representative told TechCrunch at the time that "it is aware of the issue and is working on a fix."

Whatever is going on, Cartwright is not alone. Other high profile celebs also caught using the tactic are Seal and "the bassist from the band Slaves."