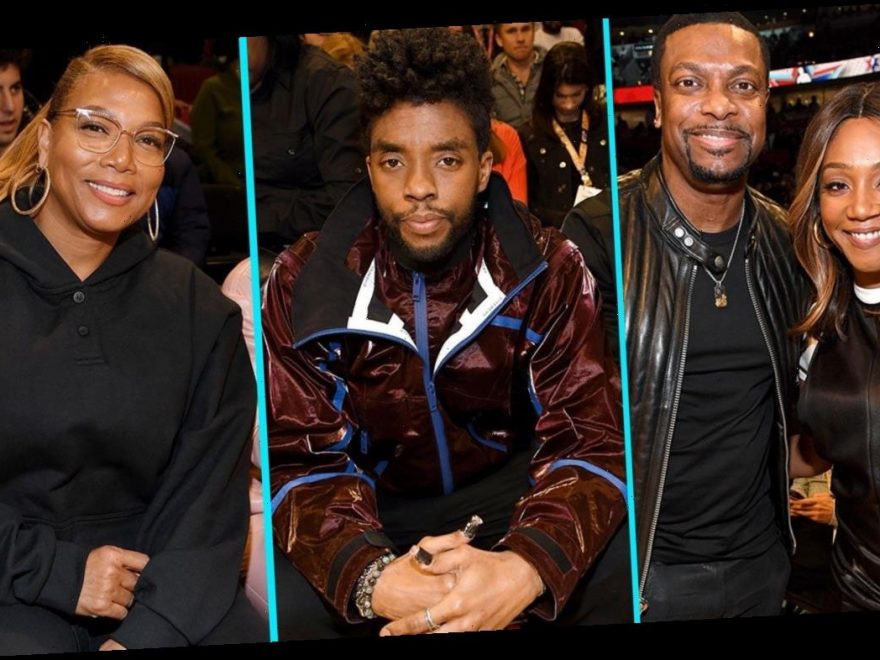 The 2020 NBA All-Star Game was a star-studded affair.

Celebs like Black Panther star Chawick Boseman, singer and actress Queen Latifah, comedians Tiffany Haddish and Chris Tucker, and more were spotted at United Center in Chicago, Illinois, on Sunday, where they all turned out to watch basketball icons LeBron James and Giannis Antetokounmpo battle it out with the best of the best in the NBA.

Rapper 2 Chainz turned out for the big game, rocking a custom jacket that paid tribute to Los Angeles Lakers legend Kobe Bryant, just days after getting tattoos in his memory.

He was joined by Migos rapper Quavo, and the pair sat courtside alongside a slew of other celebs. Here’s a look at all the stars who came out to watch the game.

Kanye West and Kim Kardashian West also brought their star power to the All-Star Game. The couple were spotted courtside, where they were seated next to J. Cole.

The All-Star Game also served as a way to remember Bryant, who died in a helicopter crash alongside, his daughter, Gianna, seven others on Jan. 26.

The day’s festivities began with a touching tribute to Bryant by Jennifer Hudson, with the All-Star players also honoring Bryant and his daughter with their jerseys. LeBron James’ team will be wearing jerseys with the number 2, in honor of Gianna’s Mamba Academy basketball team jersey. Giannis Antetokounmpo’s group will wear Bryant’s number, 24.

See more in the video below.