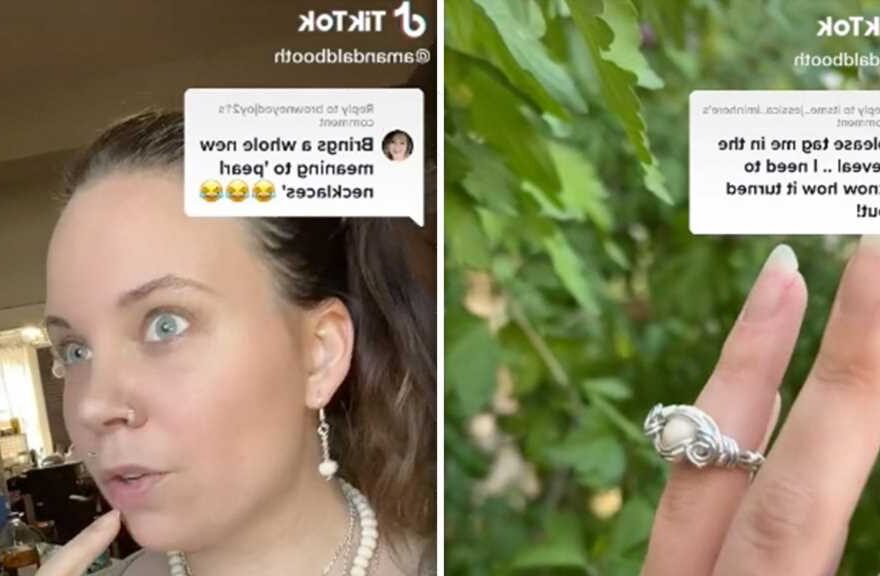 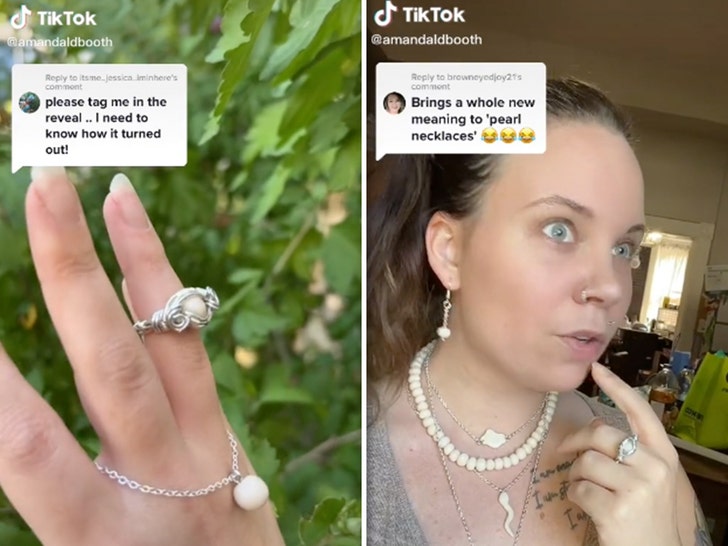 We’ve heard of blood diamonds before, but this is nutty … a woman is hawking custom-made jewelry created with traces of human sperm — and her business is going swimmingly!

The gal’s name is Amanda Booth, and she’s been cooking up a solid clientele on TikTok — where folks are apparently hitting her up and requesting she make them handcrafted trinkets and ornaments they can wear that are infused with bodily fluid … male ejaculate, specifically.

According to Vice — which detailed her process and what’s behind this new fad — Booth was already dabbling with this idea even before semen was intro’d. Her videos were popular for working in dead people’s ashes, breast milk and even hair into her custom pieces.

Eventually, someone asked if she could get some spunk in the mix — and the challenge intrigued her. She started out with a sample from her husband … which she then completely dried via a dehydration process, grinded up and massaged into her clay creations.

Word is, her art is flying off the digital shelves faster than she can shoot ’em out — and people are even sending Booth live samples of their liquids. BTW, people have all sorts of reasons for being into this, per Vice … including a lot of kink-type of stuff. Go figure!