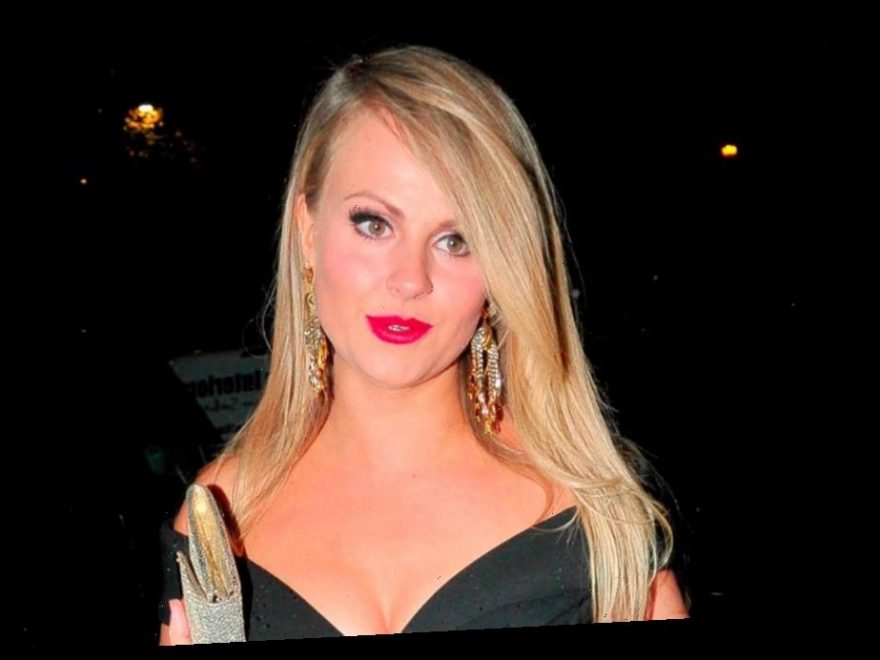 Tina O'Brien has announced she's stepping back from social media after 'unfavourably' comparing herself to other people.

The Coronation Street actress said she felt it was time to take a break from her 'toxic relationship' with Instagram and wouldn't be using the site until further notice.

Her decision comes just as her ex partner Ryan Thomas prepares to welcome a child with fiancée Lucy Mecklenburgh.

Ryan, who shares ten-year-old daughter Scarlett with Tina, and Lucy have been active in documenting the pregnancy over the last nine months.

Over the weekend, the couple shared a picture of Lucy's huge bump and wrote "Happy Valentines from the Thomas's" as they count down to the birth with their online followers.

Today Tina, who split with Ryan in 2009, revealed that she had decided to take some time off social media which she claimed was having a negative impact on her life.

The Sarah Platt actress wrote: "Goodbye you wonderful Instagram using humans and my lovely friends. I’m taking a break from social media, I’m sure it won’t be forever but I need a cleansing break. I don’t want to scroll through peoples highlight reels and compare myself unfavourably. Wonder do I need to post something to validate who I am and what I stand for? Give everyone a filtered version of my best bits ( I feel a bit of a fraud).

"I'm so much more than the image I portray, warts n all. On social media I tend to be what I think people want to see a filtered version of my life …Even writing this down seems absolutely ludicrous, What am I playing at?

"I’m detoxing from this toxic relationship, Goodbye insta, See you all in the real world."

Tina also shared the words: "In a world of algorithms, hashtags and followers, know the true importance of human connection."

Her declaration come after many celebrities have called for people to be kinder to each other online in the wake of the death of Caroline Flack.

The Love Island host took her own life at the weekend three weeks before she was due to go on trial for assault next month.

Like many famous faces Lucy Meck took to social media over the weekend to remember Caroline.

The former TOWIE star also shared a link to a post calling on people to be kinder to each other online.

28-year-old Lucy is expecting her first child with hubby-to-be Ryan any day now.