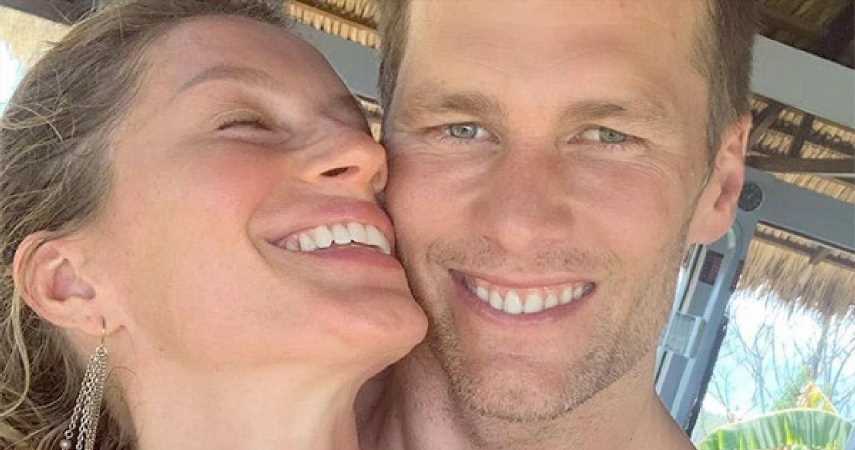 It’s officially over between Tom Brady and Gisele Bundchen. After months of speculation, the pair have finalized their divorce.

According to TMZ, sources say that the parents-of-two have been working closely with their attorneys to reach a settlement on property and custody. After recently reaching an agreement, the couple filed their divorce papers today.

While details are unknown about the couple’s settlement, the publication notes the “divorce document will be short.”

RELATED: Skechers Kicks Kanye Out After Showing Up To Headquarters Uninvited

It was reported earlier this year the long-time couple hit a rough patch after Tom’s surprise return to the NFL.

The football star announced his retirement in January and went on to sign a $375 million deal with FOX Sports to act as a senior football analyst. But only weeks later, Tom revealed he’s be returning to the Tampa Bay Buccaneers for another season.

Reports said Gisele was unhappy with his decision, as she was looking forward to his retirement so he could focus more time on family. The supermodel seemed to confirm this in an interview in September.

“I’ve done my part, which is [to] be there,” she told Elle. “I moved to Boston, and I focused on creating a cocoon and a loving environment for my children to grow up in and to be there supporting him and his dreams.”

“I feel very fulfilled in that way, as a mother and as a wife,” Gisele continued. “And now it’s going to be my turn. It’s not like a I’m going to be in the valley forever.”

Prior to their 2009 nuptials, Tom and Gisele reportedly signed a prenup. The prenup likely dictated what each spouse walked away from during the divorce, which may explain why it was finalized so quickly.

There was speculation that Gisele wanted to renegotiate after his ground-breaking deal with FOX Sports earlier this year, but it’s unclear what came of the reports. “Gisele is rich in her own right,” a source said in June. “But her friends are telling her she’d be nuts not to revise their prenup and she’s likely to listen to them.”

Gisele is reportedly worth $400 million (with an annual income of $40 million), while Tom has an estimated worth of $250 million, though this has risen due to the FOX deal.