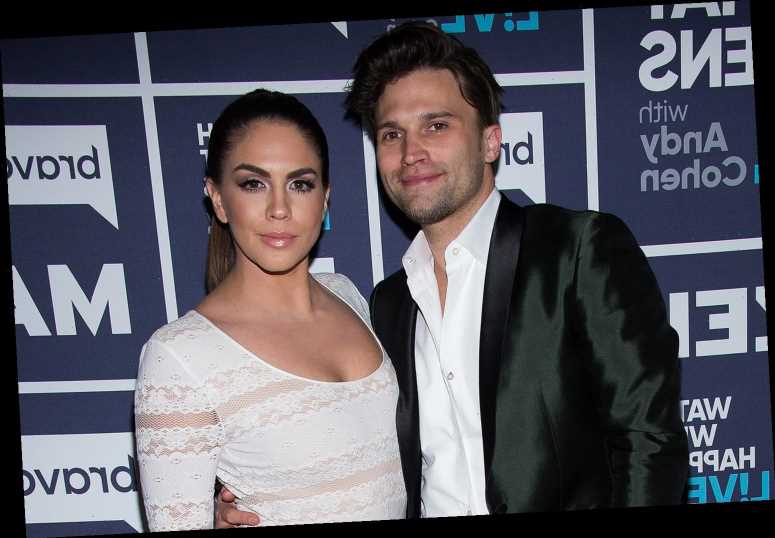 Tom Schwartz is feeling some remorse after this week’s episode of Vanderpump Rules.

During an appearance on Tuesday’s at-home edition of Watch What Happens Live with Andy Cohen, Schwartz took a moment to apologize to his wife Katie Maloney-Schwartz for spewing some harsh words in her direction.

“Way out of line, way douche-y,” he said of his behavior at Jax Taylor’s birthday party. “I was hammered. We’d been drinking all day, which is usually a recipe for disaster within the confines of our relationship.”

The couple found themselves at odds after Schwartz, 37, began berating his wife — in front of their closest friends — for failing to find humor in a practical joke. After Tom Sandoval was fake-arrested as part of an ongoing prank war, Katie, 33, voiced her disapproval. The spat was far from the couple’s first on-screen argument. They had a dispute last season on vacation in Mexico, and Schwartz threw water over Katie’s head during an early fight in the series. Perhaps the biggest blow-up occurred at their joint bachelor/bachelorette party in New Orleans during season 5, over lingering resentments from Schwartz’s infidelity.

But after tying the knot in 2016, Katie told PEOPLE their romance has been healthier than ever.

“Nothing has changed our dynamic or we’re not different people, but overall our approach to our relationship is very different,” she said. “There’s not as much pressure or ultimatum, we’re just settling in to spending the rest of our lives together.”