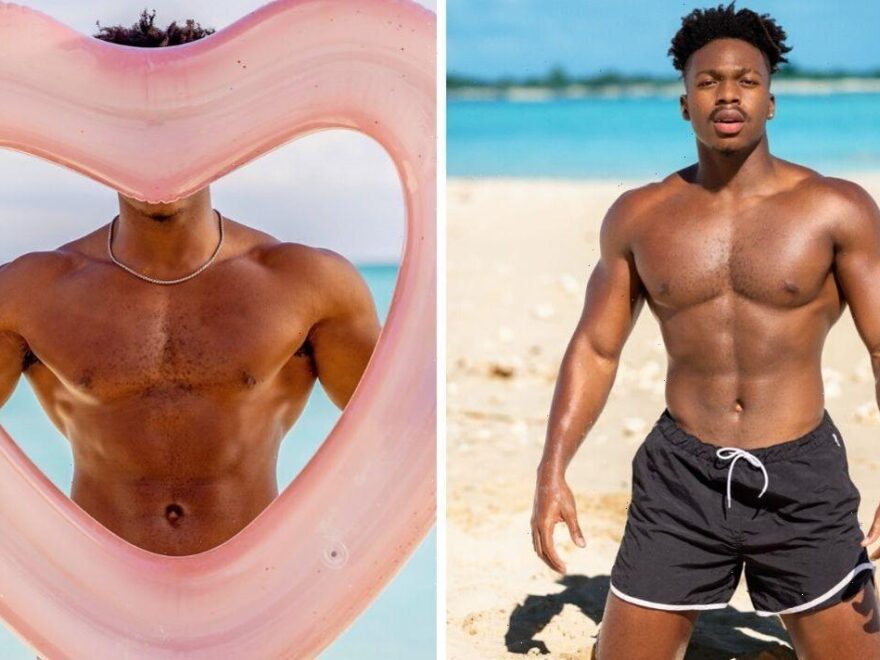 Too Hot To Handle: Netflix releases teaser for season four

Netflix’s hottest dating show, Too Hot To Handle has finally premiered its fourth season, with 10 singletons hoping to find genuine love and take home their share of a cash prize. While the other contestants broke rules and forfeited a portion of the money, James revealed the real reason why he reinforced the show’s strict rules.

Among the 10 stars, James was also eager to meet his match and find love on the show.

However, after matching with Brittan Byrd the contestants learned they were not on the fake show, Wild Love, but instead they were starring on Too Hot To Handle.

This meant kissing, heavy petting, sex, or solo-self-gratification of any kind was not permitted and the cast would be fined for any rules broken.

As a result, James was on the warpath to ensure all the contestants remained celibate and would often check in with them to check if any rules had been broken.

Speaking exclusively to Express.co.uk James revealed: “I can say what made me focus was I’m a college student.

“So I have college bills to pay that $200,000 seemed really, really pretty. With that being said, it was a flick of a switch.”

Although James never received a confession, Lana gathered to group around to reveal a number of rules had been broken and money was forfeited.

One of the main rule breakers was Sebastian ‘Seb’ Melrose and Kayla Richart who eventually broke all the rules together.

In an interview with Express.co.uk Seb admitted he was in fear of being caught by James.

He revealed: “Obviously I knew and I was thinking about the wrath of James, I’m going to get shouted at and he’s not exactly small.

“I was like, ‘I’ve got to make some decisions here, do I break a rule and please my girl or do I please James?’

“And I have to say, I’m actually more scared of Kayla than I am James.”

However, as James was laser focused on enforcing the rules, he didn’t realise he was neglecting Brittan, who began looking elsewhere for physical contact.

Her desires became known to the group during a workshop session and as a result, newcomer Ethan Smith began to pursue Brittan.

Speaking on the night, James shared: “It was definitely a curveball, I was not expecting.

“I walked into the bedroom and I saw somebody in my bed and everybody was just looking at me.

Fans will have to stay tuned to see if James and Brittan will resolve their differences.

Too Hot To Handle season 4, part 1 is available to stream on Netflix. Season 4, part 2 premieres on Wednesday, 14.