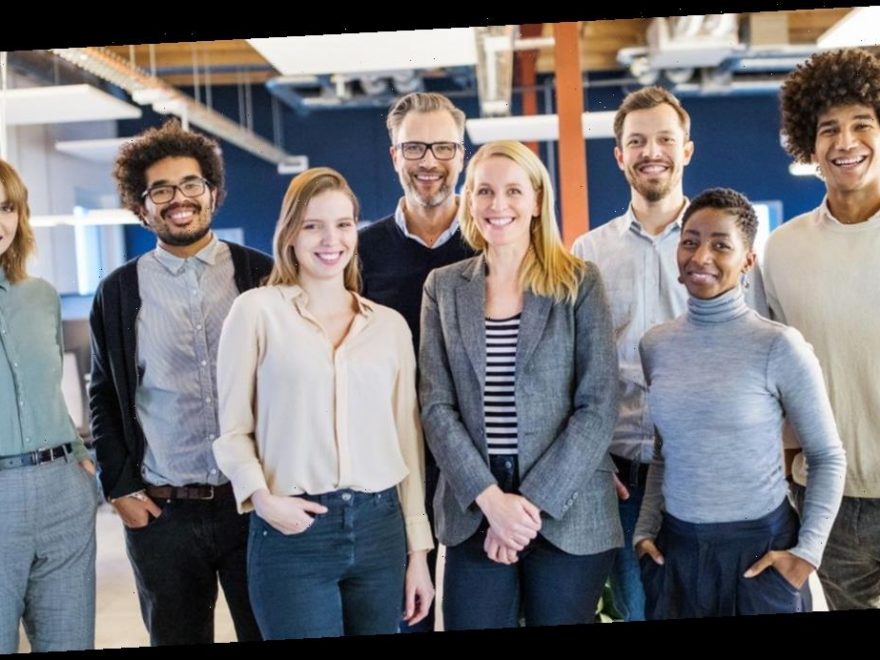 Brits really go to work to spend time with friends in the knowledge they are good at a fulfilling job – with money only sixth on the list of priorities.

Being trusted by employers to carry out the job to a high level, having space to be creative and stability, are important too.

Having an understanding boss, facing new challenges every day and getting to meet new people make a 'massive' difference too.

Commissioned by Perkbox, to celebrate WorkplaceCultureWeek, the research also found workplace culture is 'very important' to 83 per cent of working adults.

Saurav Chopra, co-founder and CEO at Perkbox, said: "It's clear a lot of us are doing at least something right when it comes to creating a culture in which our employees feel comfortable and fulfilled.

"There's no denying that achieving this requires the constant juggling of many factors, some of which are out of our own control or differ from one person to another.

"Yet while the efforts of taking them seriously enough do pay off, we rarely take the time to celebrate them together. It's something we should definitely feel proud of."

The study, of 2,000 employed adults also found other factors which affect why we come to work include the people in charge – or more specifically their style of leadership.

A sense of being valued is also key as well as working in an 'appealing' location and feeling like they make a genuine difference.

Eight in 10 feel settled in their current role – and two thirds are so content in that position they see themselves staying in it for 'many years.'

Amazingly, half of the adults polled 'rarely' have the 'Sunday night dread' when it comes to thoughts of going back to work on Monday.

In fact, four in 10 'love' their jobs and colleagues so much they think of going to work as spending time with their family.

It also emerged around 78 per cent of working adults currently feel motivated in their roles and seven in 10 feel professionally fulfilled.

Three quarters believe workplace culture is valued where they work with seven in 10 believing it's becoming increasingly important to employees.

However, their interpretation of this term varies – for some it refers to the working atmosphere, for others it is how motivated staff are, the style of leadership or how the workplace responds to change.

More than eight in 10 like to work for an organisation with clear goals or targets.

And half favour an environment or job which is predictable – conversely a fifth prefer unpredictability.

For 55 per cent, it's important their workplace is altruistic – whether it be helping charities, supporting the local community or taking environmental issues seriously.

The Perkbox study carried out through OnePoll found for eight in 10, what's important to them in their career has changed as they've gained more experience of the working world.

But enjoying their job is the single most important thing to them.

Alexandra Sanpera, head of communications at Perkbox, added: "We want £WorkplaceCultureWeek to be an opportunity for everyone to take a step back and celebrate their annual workplace achievements, and in areas that need improving, for this to be an opportunity to make a positive change.

"Check out our hashtag on social media to find out more and join in!"

5. Working as a team

9. Having an understanding boss

13. Every day is different

16. It allows me to be creative

17. Being given time and space to do the job properly