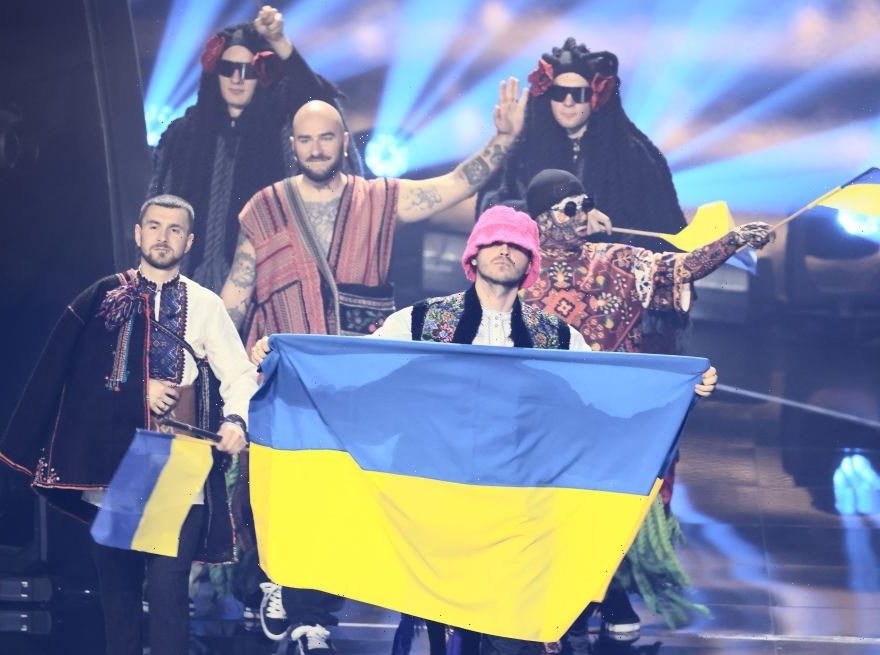 Ukraine’s Kalush Orchestra were named winners of the 2022 Eurovision Song Contest Saturday, thanks to their song “Stefania.”

Heading into Saturday’s Eurovision finals in Turin, Italy, the Ukrainian folk-rap group were heavily favored to stand victorious among the 25 countries still in competition. Ukraine previously won the annual song contest in 2004 and 2016.

U.K. singer/TikTok sensation Sam Ryder finished second in the competition with his song “Spaceman.” Ryder led the competition following the countries’ vote, but the public vote pushed the Ukrainian group into the winners’ circle.

In April, ahead of the Eurovision Song Contest, Kalush Orchestra frontman Oleh Psiuk spoke to the Times U.K. about competing in the famed singing competition amid a Russian invasion raging in their homeland.

“We needed to leave Ukraine to promote our country and I feel I am being useful — then we will go back right away,” Psiuk said, noting that Kalush Orchestra’s concerts both pre- and post-Eurovision to raise money for Ukraine relief efforts.

How to Watch 'Eurovision' 2022: Live Stream the Song Contest Online

The 30 Sexiest Music Videos of All Time

Prior to leaving Ukraine, Psiuk launched a volunteer organization that helped Ukrainians driven homeless by the invasion find shelter, transportation and medicine. Another member of Kalush Orchestra, dancer Slavik Hnatenko, missed the Eurovision performance after enlisting in the Kyiv territorial defense force, the Times U.K. reported.

The group won the Eurovision Song Contest on the strength of “Stefania,” which was also inspired by the invasion. “When the war started it began to acquire new meanings as lots of people perceived the mother in the song to be Ukraine, or became emotional thinking about their mothers,” Psiuk said. “That is why I hope this song will be loved by Europeans now as well.”

While 25 countries competed in the Eurovision finals, Russia was not one of them after the nation was barred from this year’s competition as a result of the invasion. “I think Russia not taking part in Eurovision is a very nice gesture from Europe. Maybe there are some Russians who don’t understand what is happening because of the information war. This way they will know something is wrong.” Psiuk said.