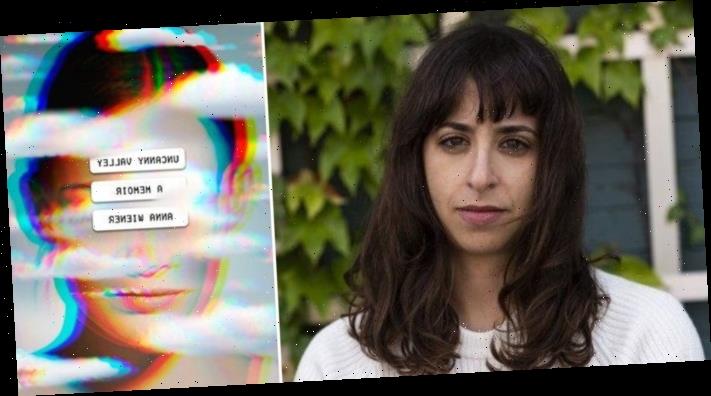 Ask someone what working in Silicon Valley is like, and they’ll probably default to industry buzzwords and rhetorical talking points: unicorns, clouds, big data.

In Anna Wiener’s new memoir about working in technology startups, “Uncanny Valley,” she uses her personal experience to define what this corporate jargon actually means.

Wiener documents her path in her mid-20s, starting when she leaves her job at an e-book startup in New York. She is hooked by the classic startup pitch: In Silicon Valley, people are not just doing their jobs, but changing the world. She moves to California for an analytics startup and buys in, proudly wearing the company T-shirt despite enduring regular humiliations. The job interview involves taking a section of the LSAT on the spot. And when a male colleague verbally harasses her, a manager tells her “that’s just who he is.” The CEO makes her cry in a meeting and bullies his employees into working harder. “He mircomanaged, was vindictive,” Wiener writes. “We regularly brought him customer feedback, like dogs mouthing tennis balls, and he regularly ignored us.”

After the inevitable burnout, she resets her career at a remote-friendly, open-source startup emerging from a gender harassment scandal. The pace is slower and the job pays well, but Wiener is increasingly disconnected to her work. The book finishes when she leaves the job in 2018 to write. 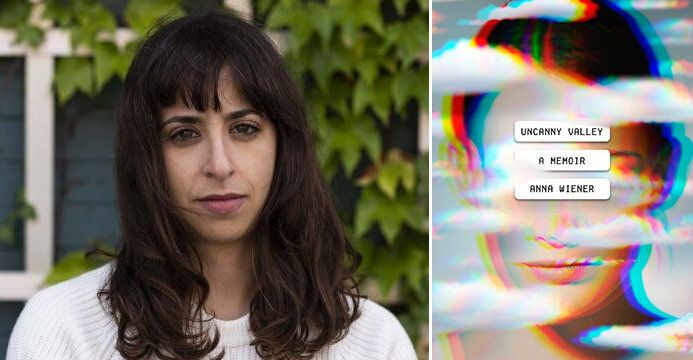 Wiener does not name the companies and executives she mentions in her book, instead describing them by what they do and what their strange rituals entail. Amazon becomes “an online superstore that had gotten its start in the nineties by selling books on the World Wide Web.” The free cereal dispensers at work are “human bird feeders;” being “Down For The Cause” as mentioned in internal communications is defined as “putting the company first.” The lack of proper nouns is disorienting for readers as to where she is in time; the book ends after 2018, but the language sounds eerily timeless.

Wiener’s attention to defining opaque tech industry words and phrases reminds of me of the goals behind Tech Buzzwords, a crowdsourced dictionary that also seeks to unveil the power in industry language. The website defines terms like KPIs and artificial intelligence, and talking points such as “it’s a pipeline problem” are more clearly explained as “a justification for the underrepresentation of women and people of color in the tech industry.” These terms “create narratives in the news, set up policy discussions, and hide ideological and political implications,” Tech Buzzwords says. “They are important because they are powerful, so we invite you to help us define them.”

Likewise, “Uncanny Valley” is a cultural critique offering a stark look at what the tech industry is really like behind all the buzzwords. HuffPost talked with Wiener ― now 32 and a contributing writer at The New Yorker ― about what memoir can do that satire can’t, what keeps her hopeful about the tech industry, and what other works she recommends to understand the startup world:

“Uncanny Valley” is adapted from a fictionalized n+1 essay you published in 2016. Why not make your book fiction?

I chose to write it as nonfiction for a few reasons, but the primary one is that I felt that if I had written it as fiction, no one would take it seriously and no one would believe me, or people would say, “This person doesn’t know what they’re talking about.”

My other fear was if I wrote it as fiction, it would be mistaken for satire. And I just didn’t want this to be read as satire, I want it to be taken seriously.

The industry is its own best satire in a lot of ways. And so actually what I hope is useful is just documenting how people speak, and what the city around them looks like, and how decisions are made, and their ambivalence, and their interests and their ambitions.

What was behind the choice not to name companies or certain people?

It was a stylistic choice. I wanted to defamiliarize the companies a little bit and I also wanted to point to what they do in the world, and how they’re seen in society, and what their role is, rather than just the corporate branding.

The company names, I think, are really silly, and the way that language is used in Silicon Valley often obscures the seriousness of the work. And so I wanted to strip away some of the goofiness or the reverence that’s embedded in the language here.

How do you feel your relationship to work has changed in your 30s as opposed to your 20s when the book takes place?

I can think of two periods when I was happiest in tech, and one was when I had just started and I had that sense of momentum, and I felt really ambitious, and I felt really connected to the people I was working with. That led to pretty rapid burnout. But in the moment, I was completely enthralled.

And then the second period is sort of like post-burnout. I determined that what I was going to do was exchange my time and labor for money. That was the stability I was pursuing. I was just going to be a good, decent employee. For someone who’s always had a good-student complex or something, that was hard for me actually to just be decent, and keep my job, and try to figure out what kind of life I wanted to have outside of that.

Those felt like the two distinct periods. And I just don’t see myself doing the 20-person startup thing in my 30s. I think that’s incredibly hard to do if you have a family, if you have other interests, if you have dependents of any sort.

Right now, I’m working like crazy, but it means something to me. And I hope that it has some value in the world, maybe more so than doing customer support, so I can justify it. I take great pleasure in that work. 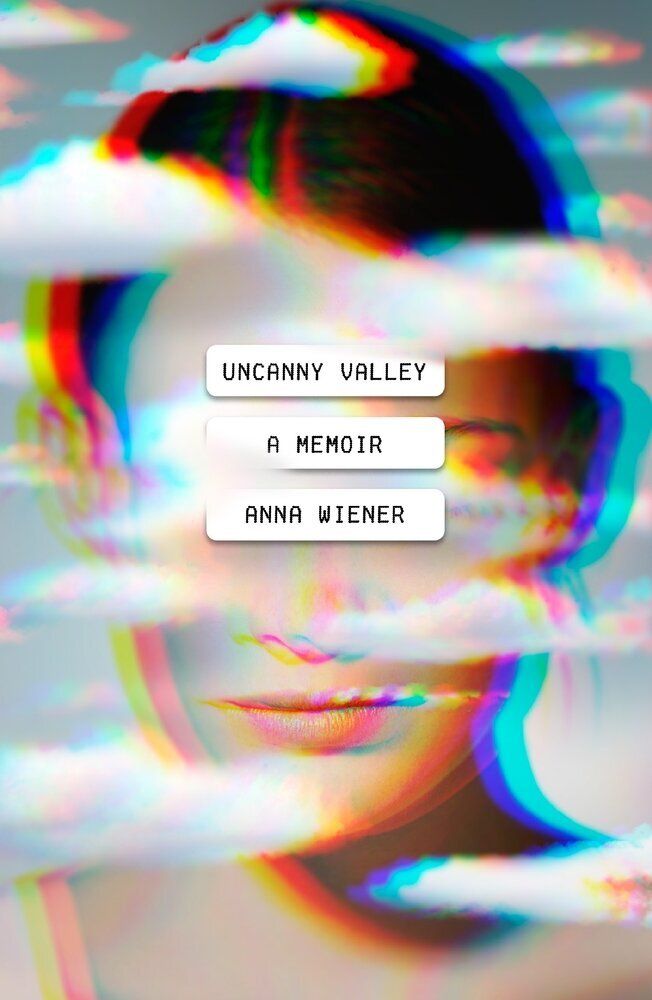 Near the end of the book, you talk about feeling hope when programmers grow disillusioned by the enterprise. What keeps you hopeful about the industry now?

I am very interested and excited about some of the worker organizing that’s been happening. I think there’s great potential for some redistribution of power, for some realignment of who has agency instead of a company who has power.

I remain optimistic in general out of necessity, there’s so much that hasn’t been attempted. We haven’t tried so many things, whether that’s regulation or collective ownership of data, or transparency practices that are actually transparent.

Right now the big crisis of tech is who are these companies benefiting and to what end? Like, if they are making the world better, for whom and how, and what does that actually look like on a broader scale? What does that look like long-term?

On the flip side, what is keeping you disillusioned?

I think that currently there are very few incentives to change. I think that people are operating within an industry that values high growth and speed, and sort of has an anti-intellectual culture and is sort of ahistorical.

Various women in the book react to sexism and gender discrimination with resignation, or by calculating how it affects their equity. You wrote your book in the lead up to the Me Too movement. Do you think those reactions would be different now?

I’m not sure that there’s more accountability. I think that you have to be really well-positioned to come forward.

I don’t think we’re going to see a dramatic change in people coming forward as long as the industry relies on NDAs ― non-disparagement agreements ― to keep people quiet, as long as it relies on forced arbitration clauses. So I think that things might be different. But I also hope that they will be different. But I don’t want to overstate the progress that’s been made. I do think we’re in an era of a rampant lack of accountability, a pervasive lack of accountability.

Have any of the executives in the book gotten back to you about it?

Not about the book, no.

What other books would you recommend to understand how the tech industry got to where it is now?

I loved Ellen Ullman’s “Close to the Machine.” I think that that’s a wonderful first-person story about working in tech in the previous boom in San Francisco.

Fred Turner’s book “From Counterculture to Cyberculture.” It is about how the Bay Area counterculture led to this sort of techno-utopianism of Silicon Valley and how that kind of fed into the tech industry.

I would recommend this magazine called Logic that some friends of mine run that is about society and technology. They do really, really fantastic work of analyzing and historicizing, contextualizing tech. So it’s not a book, but it’s an ongoing body of work.

Kate Losse’s memoir “The Boy Kings.” I just read it pretty recently, it’s a memoir of her time working at Facebook as [CEO] Mark Zuckerberg’s ghostwriter, among other things. And it contains the blueprint for Facebook and all of its problems.

This interview was edited and condensed for clarity and length.