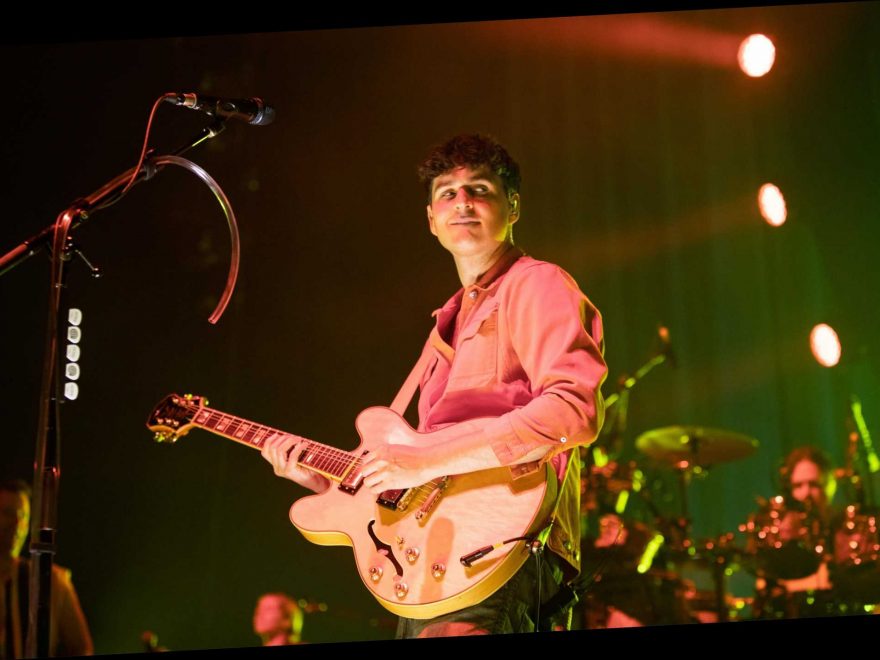 Vampire Weekend shared three songs — including one that features Jude Law reading a 19th century Scottish poem — that were previously only available on the Japanese edition of their 2019 album, Father of the Bride.

Of the three tracks, only “Houston Dubai” is an original, and it is vintage Vampire Weekend. It boasts a peppy guitar strum, stomp-and-clap percussion and lyrics from Ezra Koenig that tackle strained love, sleepless delirium and the ennui of late capitalism as he chronicles the travels of a businessman between the two titular, oil-rich cities.

One of the other songs is a dusty and tender cover of Mickey Newbury’s 1968 track, “I Don’t Think Much About Her No More,” while “Lord Ullin’s Daughter” finds Law reading Thomas Campbell’s 1809 poem of the same name over delicate piano riffing.

Vampire Weekend released Father of the Bride last May, marking their first album since 2013’s Modern Vampires of the City, as well as their first without co-founder and multi-instrumentalist Rostam Batmanglij (he still contributed some production to the LP). Last month, FOTB won Best Alternative Music Album at the Grammys, while it was also up for Album of the Year.

Vampire Weekend will kick off a new leg of their North American tour in support of FOTB May 28th in Burlington, Vermont.