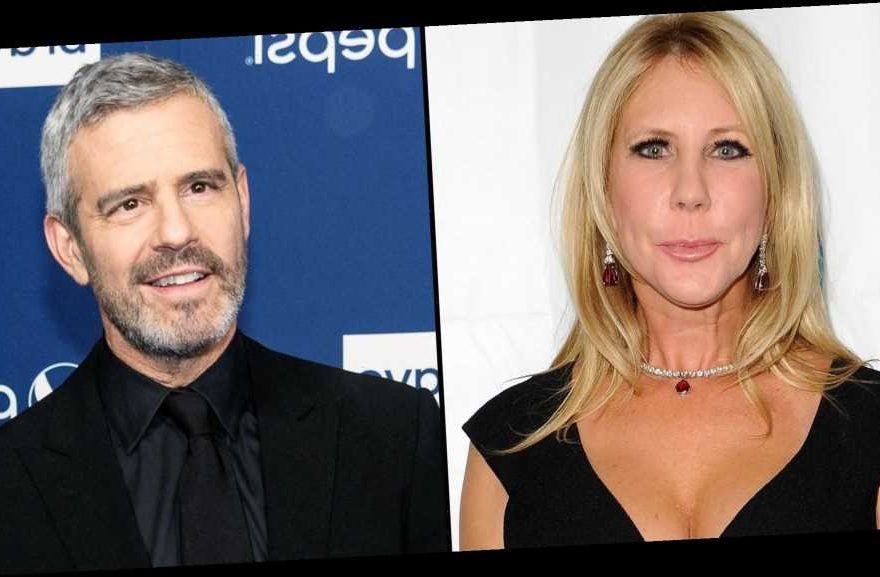 Vicki Gunvalson is ready to tell her truth following her exit from The Real Housewives of Orange County.

Former ‘Real Housewives of Orange County’ Stars: Where Are They Now?

The reality TV star, 57, turned to Twitter on Sunday, January 26, to call out Andy Cohen, the executive producer of the hit Bravo series, as well as the rest of the production team for not supporting her during her time on the show.

“Very telling…. no thx to Andy. I dont blame you, he really didn’t have your back this reunion. @Andy,” one user commented on Gunvalson’s announcement, to which she replied, “No HE didn’t! Very telling to say the least. Shouldn’t have stayed as long as I did.”

After one user wrote that she must have been fired due to her behavior at the reunion, Gunvalson said, “There is a lot you didn’t see, and my producers and I are very close. However, after being lied to and manipulated I lost my “s–t”. Always 2 sides to every story.” She went on to write that she’s doing “good” and that “the show was going down a very bad path. I’m feee now to do what I want! ❤️?.”

The Coto Insurance founder announced that she would not be returning for season 15 of The Real Housewives of Orange County on Friday, January 24. Gunvalson told Us Weekly exclusively that she and Bravo were “unequally aligned,” which led to her departure.

‘Real Housewives’ Who Left and Returned to Their Franchise

“I will always be the OG of the OC, but it’s time to say goodbye to The Real Housewives of Orange County,” the reality star wrote via Instagram. “It’s been an incredible ride for 14 years and I want thank all of you for your support, for your love and for ‘whooping it up’ with me along the way.”

A source told Us exclusively on Friday that Bravo producers did not ask Gunvalson to return to show after she shut down talks of a part-time role. “She made it very clear that she wouldn’t come back as a friend so they wouldn’t try to offer her that again,” the insider revealed.

One of Gunvalson’s fans speculated on Twitter on Sunday that the reality star left the show because network executives “didn’t want to pay her what’s she’s worth,” to which Gunvalson replied, “Yes that is true.” She added, “Andy doesn’t negotiate our salaries!”

Cohen, meanwhile, had nothing but kind words for his former Bravo colleague. The Watch What Happens Live With Andy Cohen cohost, 51, expressed his sadness over Gunvalson’s exit in a post on Instagram on Friday night.

“I remember the first reunion I did with Vicki Gunvalson. Occasionally our eyes would meet as I grilled the other women, and she would wink at me optimistically and effervescently as both of her deep dimples shone,” Cohen captioned a photo of himself and Gunvalson hugging, along with a solo shot of the reality TV star. “She kept winking at me Year after year, and it always made my heart smile. Vicki is an original, who remained her authentic self from her Family Van-freakout through her last reunion.”

He continued, “It’s so hard to remain exactly who you are after being on television for so long, but Vicki is one of a kind. Thank you for everything, @vickigunvalson – what a ride. And it’s not over. (This pic is actually from the Season 3 Reunion, and I always really liked it..)

Gunvalson was originally cast as a full-time Housewife when she joined the series for its first season in March 2006, but was demoted to a “friend” role for season 14 in 2019.