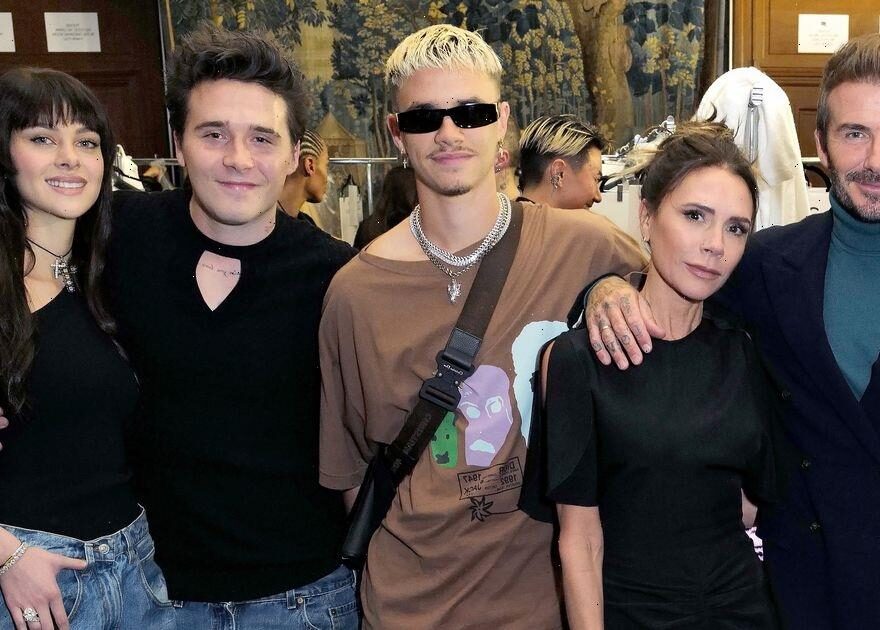 Victoria Beckhamshowed off a different side to herself duringParis Fashion Week when she broke down in tearsfollowing her label’s first ever Parisian runway show.

The whole Beckham clan was present for the show for her VB label, including her son Brooklyn and his wife Nicola Peltz.

Rumours of a rift between the couple and the rest of the familyhave been doing the rounds but they put on a united front during the show.

Victoria, 48, said that her tears were prompted by feeling overwhelmed at the sight of her family united on the front row watching her debut.

She recalled the emotional moment as she appeared on the Drew Barrymore Show on Friday: “I got so emotional in the show in Paris.

“I planned on coming out after the show and I wanted a great picture walking down the catwalk.”

She added: “But the moment I saw David, and the kids and my mum and my dad and my sister, I just got so emotional, I really did.

"Because family are everything to me. To have them there, to support me, is just everything."

Nicola and Victoria are believed to haveclashed over the actress' wedding dress, with Nicola believing the former Spice Girl was going to design her gown.

Speaking about the drama, Nicola told Grazia USA: "We connected to start designing the dress, and then a few days went by and I didn't hear anything.

"Victoria called my mom and said her atelier couldn't make it."

However, it appears as though Nicola and Victoria have put any feud to one side as she attended Posh Spice's Paris Fashion Week show as an "olive branch".

The couple united with the Beckham family and exchanged "lots of hugs" and happily sat alongside one another to support the former songstress.

Victoria and David are yet to speak publicly on the matter, and it's not thought that they will as they have a "golden rule" on remaining silent on issues in public.

Despite Brooklyn saying in the interview that "everyone" ie. his family and his new wife Nicola "gets along", it seems that his parents were far from impressed, as a source toldHeat: "The interview left David and Victoria open-mouthed.

"They’re seeing it as an attention-seeking stunt, and they now need to figure out where to go from here.

"In Brand Beckham, the philosophy is that you stay silent rather than acknowledge, then the story disappears. That’s how Brooklyn was raised, so they imagine Nicola quashed any attempt from him to play it down, and that it was her publicist who was sitting in on the interview.

"But the last thing they want is to inflame an already toxic situation.”