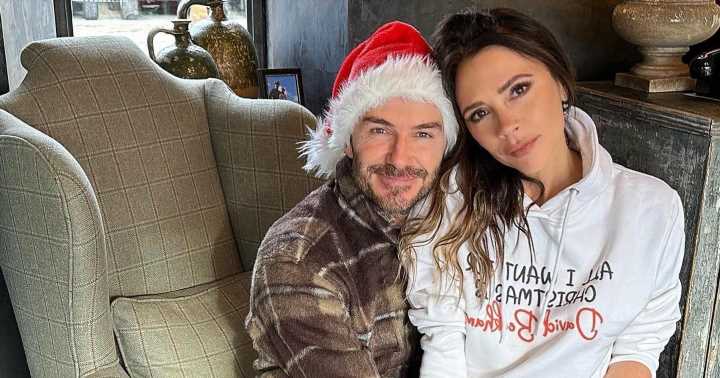 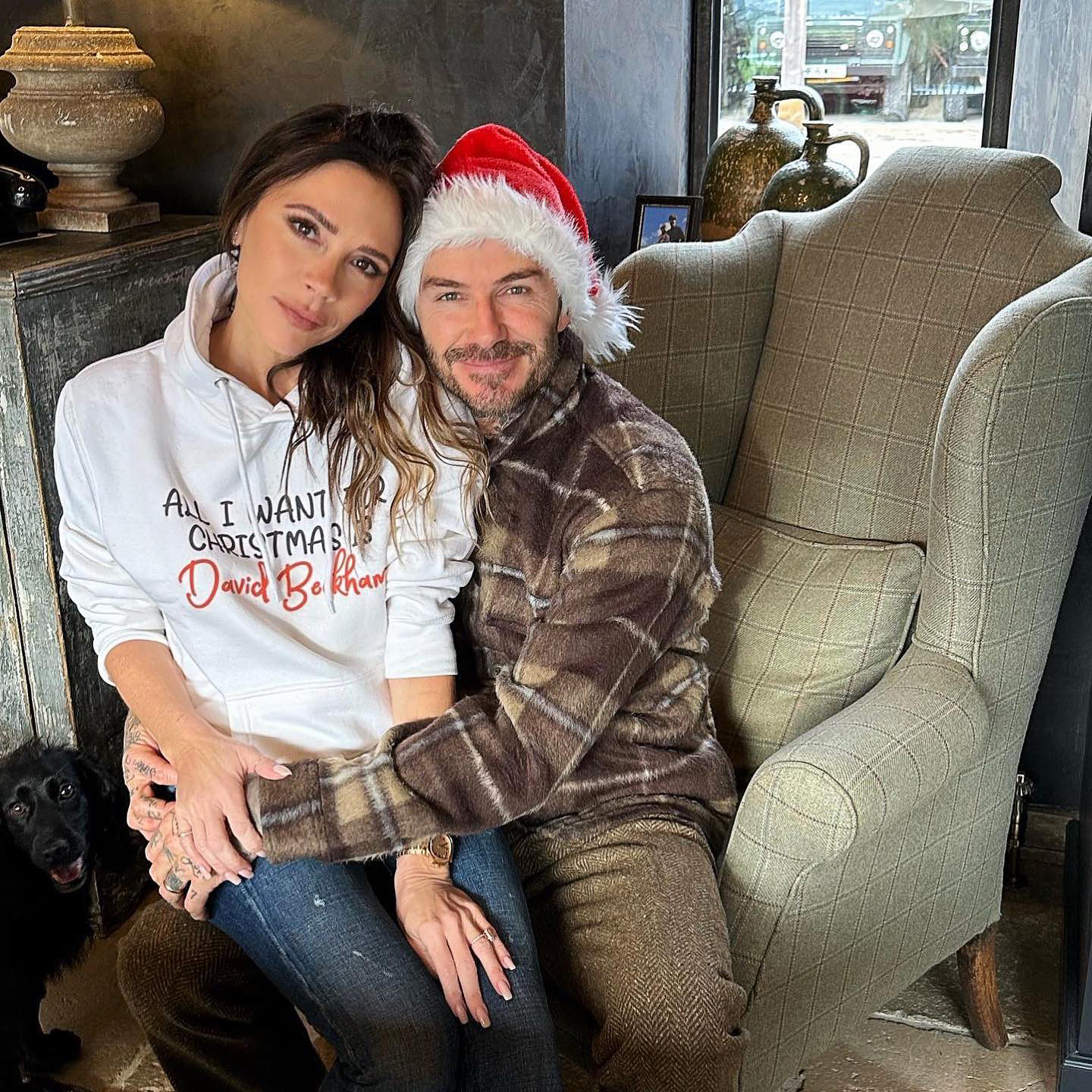 Santa Claus was good to Victoria Beckham this year! The fashion designer got everything on her wish list.

David and Victoria Beckham: A Timeline of Their Relationship

The former popstar, 48, showed off her Christmas present via Instagram on Sunday, December 25 — and it was none other than her husband, David Beckham. In the social media carousel, Victoria rocked a white hoodie that reads “All I want for Christmas is David Beckham” as she sat on the retired soccer star’s lap. “I got what I wanted for Christmas,” Victoria captioned the post, adding a black heart emoji. The fashionista paired the sweatshirt with ripped blue jeans as her 47-year-old beau donned a Santa hat, a cozy brown flannel and brown pants.

Victoria’s followers praised her gift, with one commenting: “We all want David Beckham.” A second fan wrote: “You got what I wanted too!!” A third added: I hope he has the sweatshirt saying, ‘All I want for Christmas is Posh spice” — a nod to her Spice Girls stage name. 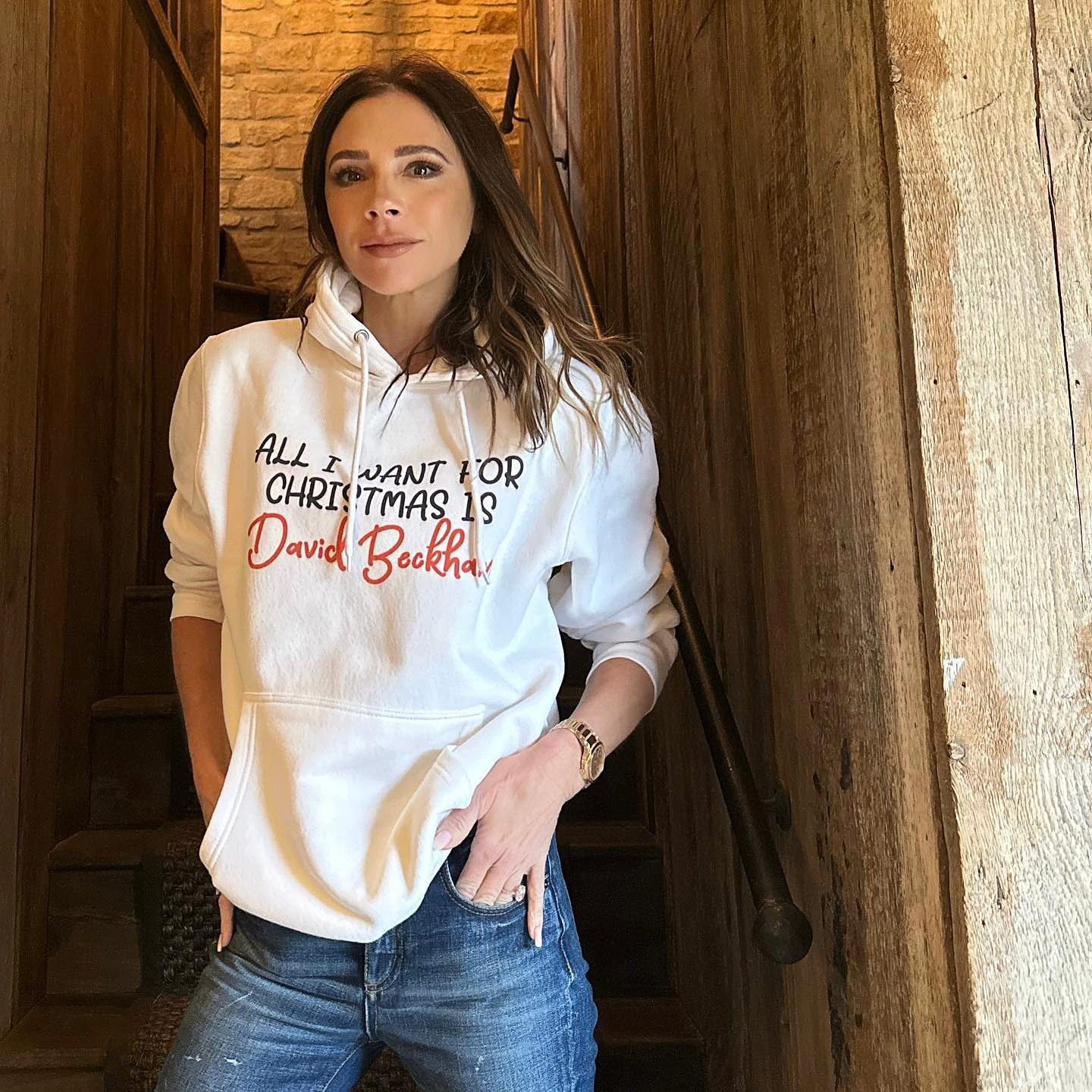 The Beckhams also celebrated the holiday with their sons Romeo, 20, and Cruz, 17, and daughter Harper, 11. Victoria posted a sweet snap of her brood in matching silk pajamas and sent a shoutout to their son Brooklyn, who seemingly spent the holiday with his wife, Nicola Peltz.

“Dad keeping up the Beckham family tradition! We love and miss you @BrooklynPeltzBeckham,” she captioned the photo. Brooklyn, 23, shared a holiday post of his own on Saturday, December 24. “Merry Christmas Eve from me and my baby xx,” the photographer wrong alongside a sweet black and white photo that showed him kissing his lady.

The lovebirds, who began dating in October 2019, tied the knot in April in Palm Beach, Florida, at the 27-year-old actress’ family home.

Peltz gushed about the pair’s newlywed life, telling Variety in August: “The thing that’s great about us is that we don’t need anything from each other. We’re just so in love. There’s nothing I need from him or he needs from me.”

Brooklyn, for his part, told the outlet he is already thinking about the duo’s next chapter. “I keep saying to my wife, ‘I can’t wait to be a dad,’” he said. “I’m ready to have kids, but I always tell my wife, ‘Whenever you want.’ She thinks we’re going to have a boy first.”