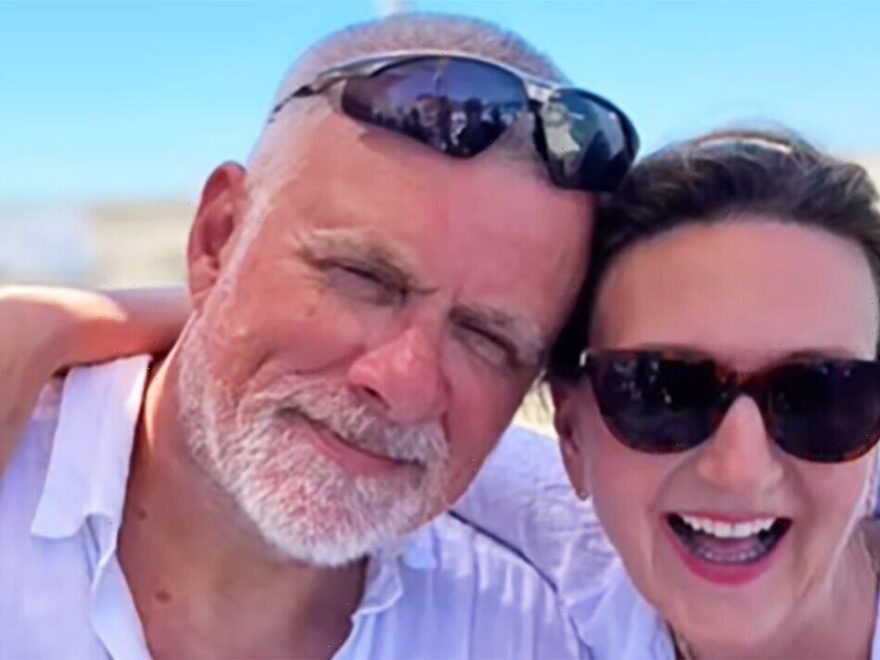 Victoria Derbyshire says she didn't tell her kids about diagnosis

Victoria Derbyshire, 54, said she and her partner of 17 years finally decided to get married after she was treated for breast cancer. The BBC presenter was diagnosed with the disease in 2015 and underwent a mastectomy along with gruelling treatment consisting of both chemotherapy and radiotherapy.

After getting the all-clear, Mark and Victoria tied the knot in 2018 in what she describes as an “amazing” ceremony.

She said in a new interview: “Mark totally stepped up. He was incredible. He did everything to look after me and the boys.

“We got married after I got the all-clear. We wanted to have a massive party and celebrate with our boys, Mark’s daughter – my stepdaughter, Lizzie – and with our family and friends. It was amazing.”

Continuing to Woman & Home, Victoria opened up about what makes her relationship with Mark a success.

She gushed: “Mark is really funny and that is just a joy.

“You also need to realise when the other person needs a bit of support. Be a team. And don’t sweat the small stuff.

“I don’t care about laundry on the floor or toothpaste spills – there are bigger fish to fry.”

Victoria began a relationship with Mark when they met at BBC Radio 5 Live in 2004. He was previously married to BBC journalist Fi Glover.

In a previous interview, Victoria said she was reluctant to tie the knot following her illness because she didn’t want Mark to purely “feel sorry” for her.

She explained to Stella Magazine last year: “After my diagnosis, I’d said, ‘If we get through this, I would like to get married, but I don’t want you to do it if it’s only because you feel sorry for me.’

“It was weird to finally start calling him my husband, but amazing to get married at 49.

She joined the likes of Coleen Nolan, Martina Navratilova and Love Island’s Megan Barton-Hanson to encourage women to check their bodies for signs of cancer.

She became the third celebrity to leave Gwrych Castle and Giovanna Fletcher went on to be crowned Queen of the Castle.